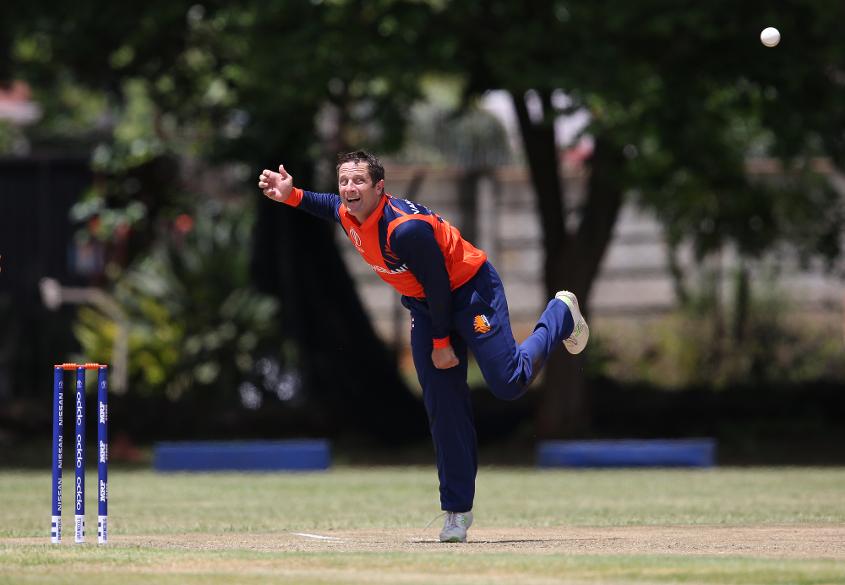 In turn, van der Merwe recorded figures of 10-1-20-4 as Nepal were spun out for 144. Van der Merwe was later declared Player of the Match. Sompal followed up his four for 24 with a top-score of 36.

Meanwhile, in the 4,000th ODI, which ironically was Papua New Guinea (PNG) and Hong Kong’s last ODI at least until 2022, PNG defeated Hong Kong by 58 runs in the 9th/10th place play-off.

Hong Kong maintained their trend in the competition when they once again faded away after making a brisk start. At Old Hararians, they reached 81 for two in 10 overs but were then dismissed for 142 in 35.2 overs after Babar Hayat fell for 37.

Charles Amini, the 25-year-old wrist spinner, was the destroyer-in-chief when he finished with career-best figures of 10-0-27-4 to walk away with the Player of the Match award, while fast bowler Norman returned figures of 7.2-1-24-4.

The Netherlands and the three highest finishing Associate members – Scotland, UAE and Nepal – have earned ODI status for the next four years till 2022, while PNG and Hong Kong have been relegated to the ICC World Cricket League Division 2.

The top two sides from the Super Six will qualify for the ICC Cricket World Cup 2019, which will be staged next year in England and Wales from 30 May to 14 July.

Fixtures for Sunday, Monday and Tuesday: