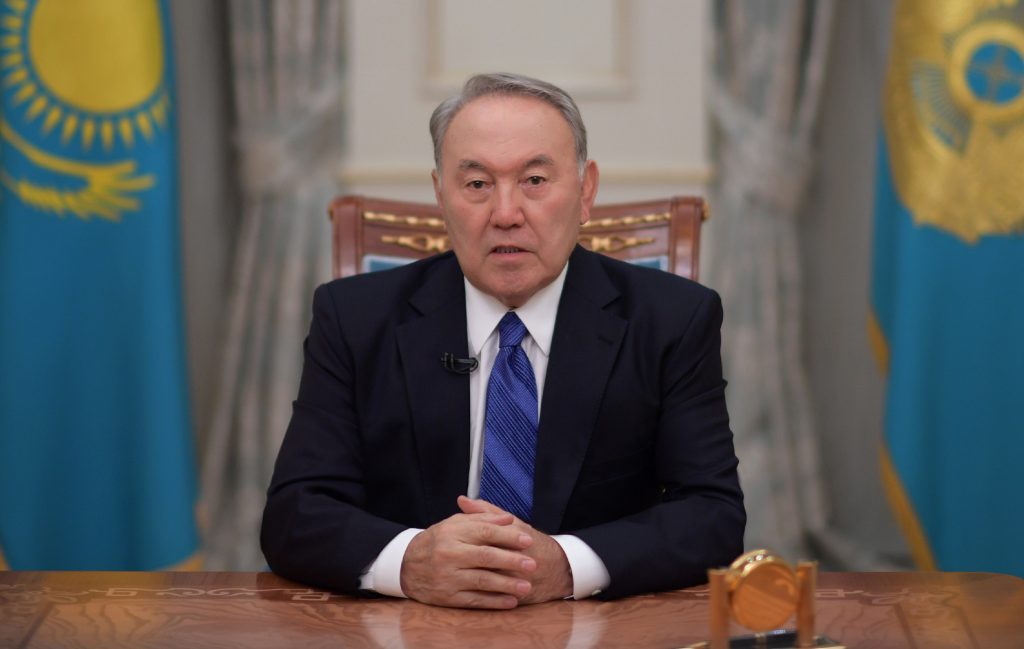 (This opinion piece first appeared in the The Astana Times on February 9, 2018: https://astanatimes.com/2018/02/what-nazarbayev-hopes-to-achieve/)

The 10 priority tasks that President Nursultan Nazarbayev announced on Jan. 9 indicate that the statesman is in a hurry to modernise Kazakhstan. The resourceful leader knows that his developing Central Asian republic cannot afford to lag behind if it is to achieve his goal of becoming one of the top 30 economies of the world by 2050.

Digitisation, information and technological solutions, intelligent systems and smart cities are the current buzzwords, and he liberally peppered his address to the nation with those catchy terminologies as he pushes ahead with his agenda of making his country a better place for its 18 million people to live in.

In the 26 years since independence, Kazakhstan, under Nazarbayev’s leadership, has transformed itself at a dizzying pace, ridding itself of the shackles of the Soviet system. But the big question, as it embarks on a period of crucial development, is how quickly its official agencies can carry out his vision for progress.

Words alone cannot work wonders. They have to be followed by constructive action.

It is obviously a Herculean task to transform the country into an efficient, first-world entity. But one huge factor in favour of Nazarbayev is that Kazakhstan is the most notable and stable country in the region. While the likes of Afghanistan and Pakistan continue to be gripped by internal turmoil and Kyrgyzstan and Tajikistan make slow growth, Kazakhstan has shown that it is politically stable and unaffected by the influences of hard-line Islam.

Moreover, it is led by a person who has managed to keep the country united for nearly three decades with his commanding approach and timely decisions. He has also displayed that he has the charisma and persuasive powers to resolve and rise above regional disputes, like the one which reared last year with Kyrgyzstan when the outgoing Kyrgyzstani president Almazbek Atambayev made unprovoked remarks about Nazarbayev. Bilateral relations are back to normal after Nazarbayev held talks with Sooronbay Jeenbekov, the new leader of Kyrgyzstan.

That Nazarbayev was granted a meeting with U.S. President Donald Trump in January this year is a sign that he is respected and taken seriously by the Western world which knows that it is not easy to lure Kazakhstan away from its long-term reliance on its big neighbours Russia and China. The White House is aware that U.S. businesses still have room to operate in that environment without fear or prejudice and it can count on Nazarbayev to help settle differences in the region.

Nazarbayev’s visit to Washington, D.C. and New York took the strategic partnership between the two countries to a new level. The two presidents discussed possibilities of expanding trade and investment as well as creating new jobs. There is a mutual interest in energy, aviation and engineering as well as cooperation in technology. About 20 agreements were signed worth US$7 billion in these and other areas.

Already, Chevron has pumped billions into the Tengiz and Kashagan fields and the U.S. giant has announced that it will spend another $3.7 billion in an exploratory programme in Kazakhstan this year. General Electric, the other American biggie, is also slated to build 700 locomotives for the Kazakhstan railway company and provide digital logistics systems for the country’s entire rail network.

The visit to the U.S. came at an important time for Kazakhstan as an international player. On Jan. 1, Kairat Umarov, the Kazakh ambassador to the United Nations, took over the presidency of the UN Security Council, which rotates monthly. Kazakhstan was the first Central Asian country to be elected to preside over the 15-member entity and on Jan. 18 Nazarbayev addressed the meeting of the Council – mainly stressing the non-proliferation of weapons of mass destruction and relevant confidence-building measures – which heads of state and ministers attended.

All these are plusses for Nazarbayev, who has to deftly position his country in a manner that does not antagonise any of the three superpowers – Russia, China and the U.S. – which have interests in Central Asia.

Oil is vital for Kazakhstan, as much of its revenues come from the export of this energy source and gas. Due to the slump in oil prices, the tenge has depreciated by as much as 54 percent in the past five years. With the price of oil expected to surge in the coming years, Kazakhstan, with a per capita GDP of $7,510, could reach high-income country status within a decade thanks to its wealth of Caspian Sea oil, according to a World Bank report published last month.

However, Nazarbayev is not focusing on oil alone, a point he made abundantly clear in his speech on Jan. 9. He is targeting other sources such as transportation, logistics, financial services, agriculture and tourism to boost the country’s incomes and make it a global player.

China’s Belt and Road initiative (BRI), a move to revive the centuries-old Silk Road, has come as a boon as most of the routes pass through Kazakhstan. Already, the Asian giant has spent millions on the development of Khorgos, in south Kazakhstan, which is the gateway for the cheaper and faster rail transportation of Chinese goods to Western Europe.

Nazarbayev understands that the BRI is a game-changer and so Kazakhstan is eagerly embracing this ambitious project. By hitching itself to the development strategy put into motion by China’s President Xi Jinping, Kazakhstan hopes to leverage its strategic location between China and Russia and proximity to Western Europe, increase its trade ties with China and diversify its economic structure away from dependency on oil by catalysing a “third wave of modernisation” through the acquisition of advanced technologies and upgraded infrastructure.

Therefore, it evoked no surprise when Nazarbayev spoke about digitisation of production processes, development of modern business models and introduction of new technologies during his address to the nation.

In recent years, the Kazakhstan government has spent hundreds of millions of dollars on real estate projects and green energy initiatives. The staging of EXPO 2017 was a signal to the world that Kazakhstan wants to champion the development of sustainable future energy solutions from which it would gain. The setting up of the Astana International Financial Centre is a move to project the country as a regional financial hub along the lines of Dubai and Singapore.

There are also mega plans to turn Astana and Almaty into smart cities by installing better transportation and providing smoother services. The extension of the metro in Almaty is in the cards; so, too, is the construction of office buildings in the capital. For a long time, Nazarbayev has also had the foresight to invest in the education of managers and engineers, which are important tools needed to build and change the country. In his address, he also spoke about giving emphasis to the development of human capital.

All these are in line with the priorities set by the government in its multi-year investment strategy, which targets a 30-percent increase in foreign direct investment into Kazakhstan by 2022.

Nazarbayev may well be able to carry out his plans, as he continues to be hugely popular. He remains a strategic decision-maker. Last April, he set in motion, through a newspaper article, the move to modernise Kazakhstan’s identity, including by replacing the Cyrillic-based script with the Latin-based one for the Kazakh language. It underlined his desire to modernise the economy and encourage more foreigners to learn Kazakh.

He continues to tackle corruption vigorously. As he drives his nation towards first-world status, Nazarbayev will have to ensure that indiscretions by officials are legacies of the past. It is important that Kazakhstan is not buffeted by negative reactions and sentiments, as this year will be decisive for the success of Nazarbayev’s policies.