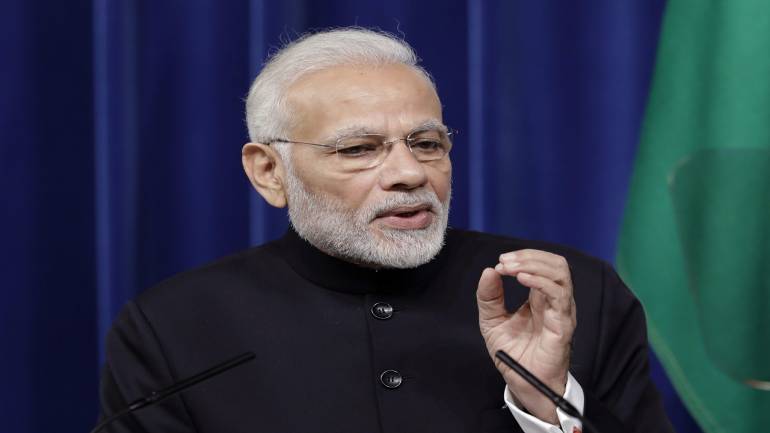 India is unlikely to sign a mega trade deal it is negotiating with 15 countries of the Asia-Pacific region, including China, Japan and the 10-member Association of Southeast Asian Nations (Asean) group, when Prime Minister Narendra Modi visits Singapore on November 14 and 15.

Member countries of the Regional Comprehensive Economic Partnership (RCEP) will be meeting in Singapore on November 14, when they are expected to sign a joint statement to conclude an agreement by the year end.

However, Mr Modi will likely do a balancing act by expressing support for the trade agreement but not committing to it, according to Indian media reports.

Several Asian member countries have offered India a concessional offer of opening up only 83 per cent of its market, as compared to the original 92 per cent that the RCEP agreement stipulated, in a bid to get it to sign the agreement, reported The Hindu, quoting a Singapore diplomat.

Opening up its market to China has been India’s main concern about signing the agreement.

Some of the countries led by Singapore, which holds the presidnecy of the Asean this year, have been keen to at least announce an agreement on “substantial outcomes” by December 31, reported The Hindu.

However, some experts feel that it is unlikely that India would make a decision regarding this before the country’s general elections next year.

While India was alone in opposing a quick-fix RCEP at the Auckland round in October, some other members, including Vietnam, the Philippines and Malaysia, joined in later, saying that things were not ripe enough to conclude a pact by the year end.

With support from like-minded members, Mr Modi is unlikely to be under pressure at the Singapore summit to commit to a package agreement by the year end.

Mr Modi also won’t be under any undue pressure despite a hectic schedule on November 14.

At 10.15am he will give the keynote address at the Singapore FinTech Festival, the biggest FinTech event in the world which is expected to attract more than 30,000 people, including influential FinTech entrepreneurs, leaders and experts.

The largest number of exhibitors – 400 – at the festival, which will be on from Vovember 12 to 16, are from India.

Earlier in the morning he will give awards to the winners of the first hackathon between Indian and Singaporean students.

The hackathon is the outcome of a suggestion that Mr Modi made to Singapore’s Prime Minister Lee Hsien Loong during his state visit to Singapore on June 1.

He wanted students from the two countries to participate in a hackathon, with each side providing a set of questions the other would try to solve.

Sixty students each from India and Singapore will participate in the hackathon. The finals will be held at the Nanyang Technological University on November 12 and 13.

Mr Modi will attend the RCEP summit in the evening of November 14, followed by the East Asian Summit gala dinner, at the Suntec Convention Centre.

He will also hold bilateral meetings with PM Lee and other foreign leaders at the sidelines that day.

On November 15, Mr Modi will have breakfast with the Asean leaders at Suntec Convention Centre.

It will be followed by a lunch retreat involving the leaders who will be attending the East Asia Summit (EAS). The EAS will take place later.

At the sidelines of the EAS, the leaders of the “Quad” countries, namely India, the US, Japan and Australia, are expected to discuss stepped-up maritime security and disaster-relief initiatives as well as economic development projects in the critical Indo-Pacific region.

Mr Modi will depart Singapore in the evening.