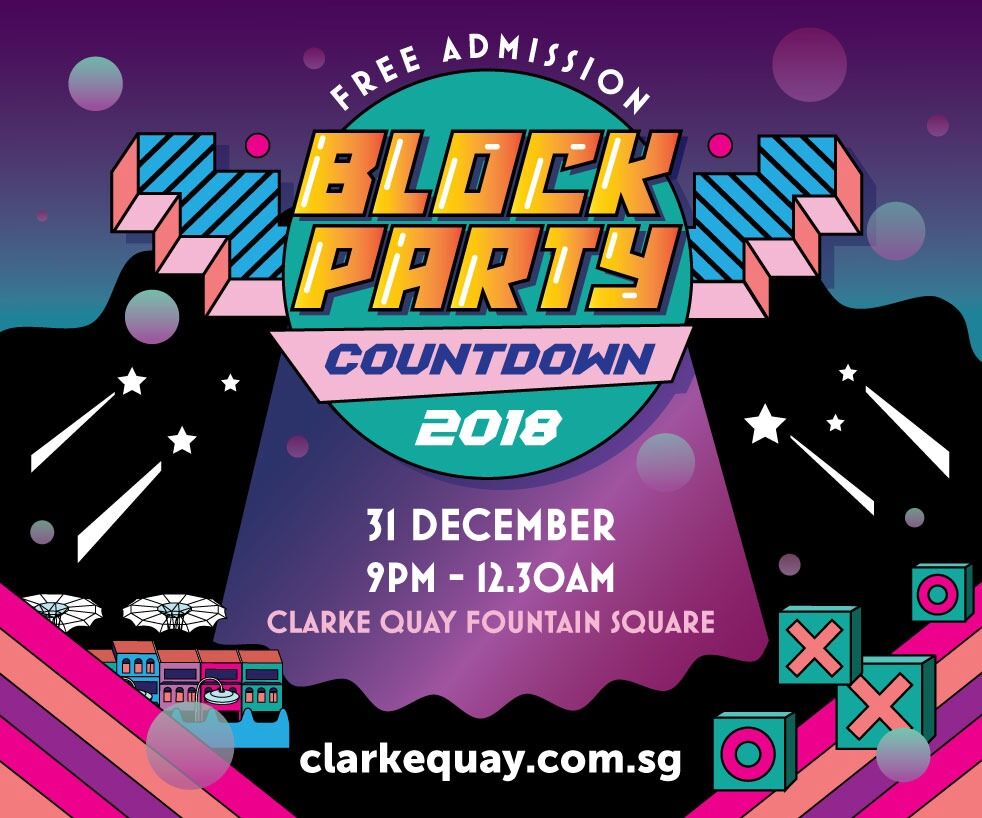 SINGAPORE: Bid goodbye to 2018 and ring in 2019 with a playful twist at Clarke Quay’s annual New Year’s Eve Countdown featuring a line-up of bands, DJs and MCs who will rev up the party atmosphere
with music and entertainment at Clarke Quay’s Fountain Square.

There’s never been a better time to unleash your inner child than during this New Year’s eve. Vibrant coloured interlocking play blocks symbolising the four main enclaves of Clarke Quay will be fabricated to create the main stage and various play areas.

Expect to find a pedal-powered LED wall that will light up the harder you pedal, converting cycling power into beautiful illuminating patterns and lights. Set your imagination free the minute you enter Clarke Quay where roaming, dancing, green “toy soldiers” and The Unicorn Parade (3m tall unicorn mascots) will interact with party-goers; providing many instagram-worthy photo moments to strike a pose and put on your best smile for the new year.

On stage, DJs Gerald Koh and Kimberly Wang from 987FM will host the countdown into 2019 with the party kicking into high gear at 9pm with award winning local band Shirlyn & The UnXpected performing energetic covers.

There will be lots of stage games to get the show going before midnight strikes on New Year’s eve.

At midnight, raise your glasses and toast to the new year singing the traditional song of Auld Lang Syne, a time-honoured custom practiced around the world. The party continues all around Clarke Quay at various bars and clubs.

The PLAY-themed block party is on 31 December from 9pm. Admission is free.