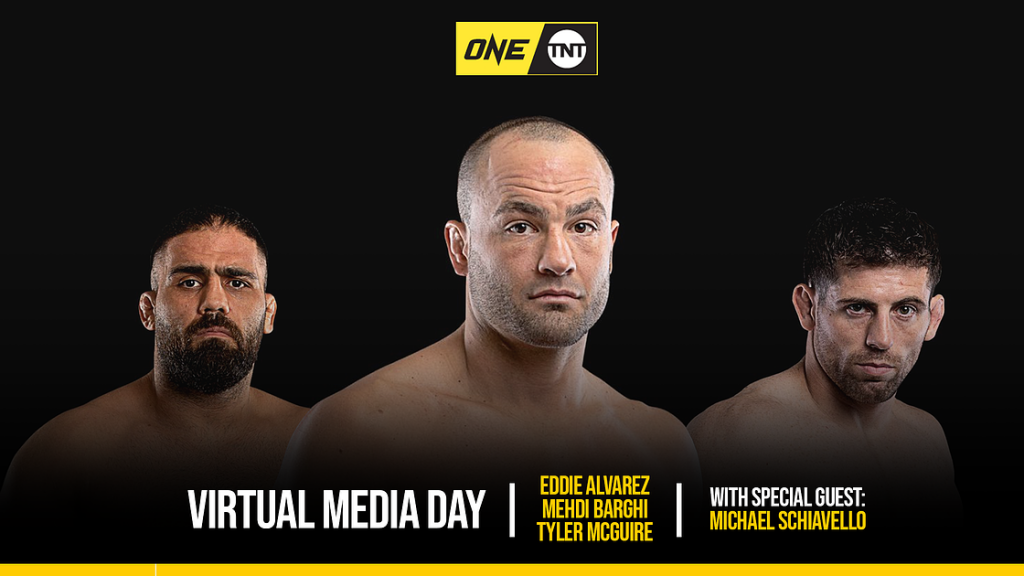 ONE Championship™ (ONE) athletes, Eddie “The Underground King” Alvarez, Mehdi Barghi, and Tyler McGuire, along with special guest, ONE Commentator Michael Schiavello, spoke to the media on April 5, 2021, in Singapore, ahead of the highly-anticipated event, “ONE on TNT I,” which broadcasts live from the Singapore Indoor Stadium on Wednesday, April 7 (Thursday, April 8 in Asia).

Multiple-time lightweight world champion Eddie “The Underground King” Alvarez is set to face #2-ranked lightweight contender Iuri Lapicus in the evening’s co-main event. Alvarez talked about his upcoming fight against Lapicus, making history by winning the ONE Lightweight World Championship, how he deals with pressure to compete at a high level, and more.

Hard-hitting heavyweight Mehdi Barghi is ready to lock horns with Senegalese sensation “Reug Reug” Oumar Kane in the opening bout of the Lead Card. Barghi talked about his thoughts on upcoming opponent Kane, the lessons he learned in the loss to Kang Ji Won, his thoughts the ONE Heavyweight World Champion Brandon Vera, and more.

Former ONE World Title challenger Tyler McGuire takes on tough Russian adversary, Raimond Magomedaliev. McGuire talked about his thoughts on the upcoming fight against Magomedaliev, reflections on the first loss of his career against Zebaztian Kadestam, changing his training and fighting style, and more.

Veteran voice and ONE Commentator Michael Schiavello joined the “ONE on TNT I” Virtual Media Day as a special guest. Schiavello talked about the amazing fights scheduled for “ONE on TNT I,” the fights he’s most looking forward to in an exciting April for ONE Championship, breaking down various matchups, and more.

In addition, the main card will be available live on Bleacher Report and the B/R app at 10 p.m. EST/7 p.m. PST. To view the main card on digital platforms, fans will need to log in with their cable subscription credentials.

For complete broadcast information, check out this link:
https://www.onefc.com/news/how-to-watch-one-on-tnt-i/