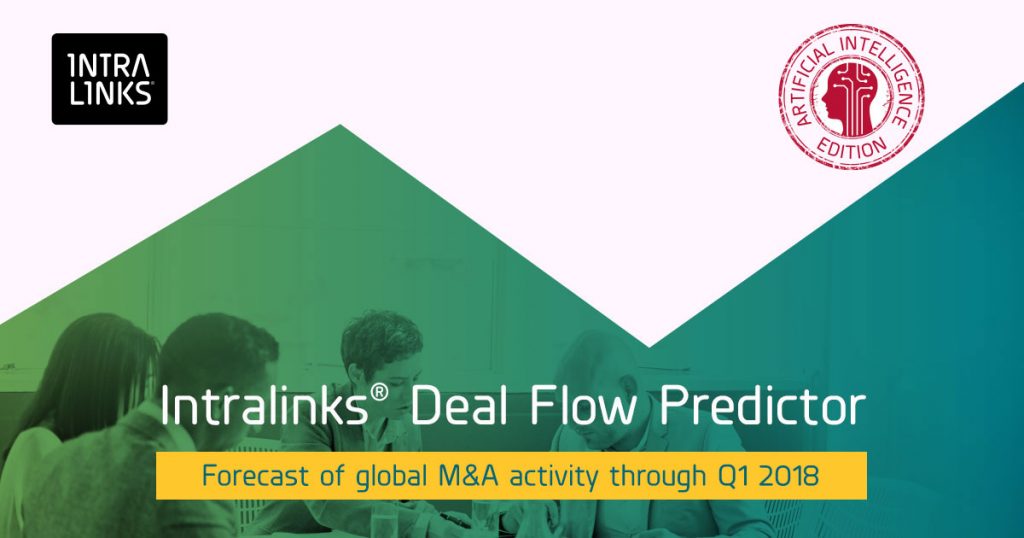 The number of announced M&A deals in Asia Pacific in 1H 2018 is predicted to increase by 14 per cent year-over-year (YOY), with a range between 7 per cent and 21 per cent. This is based on data from the latest Intralinks Deal Flow Predictor, an indicator of future mergers and acquisitions (M&A) announcements with a proven track record for accuracy.

Over the next six months, the strongest growth in APAC deal announcements is predicted to come from the Energy & Power, Industrials and Materials sectors in North Asia (China, Hong Kong and South Korea), India, Southeast Asia and Australia. All APAC regions, except Japan, saw double-digit increases in their volumes of early-stage M&A activity in Q4 2017.

For most of the APAC region, strengthening global economic demand and supportive fiscal and monetary policy actions are driving vigorous economic growth and increasing dealmaking confidence.

Worldwide, the number of announced M&A deals in 1H 2018 is expected to increase by up to 10 per cent YOY compared to 1H 2017. Over the next six months, the strongest growth in worldwide deal announcements is predicted to come from the Consumer & Retail, Industrials and Healthcare sectors.

The Intralinks Deal Flow Predictor forecasts the number of future M&A deal announcements by tracking early-stage M&A activity - new sell side M&A transactions across the world that are in preparation or have reached the due diligence stage. These early-stage deals are, on average, six months away from their public announcement.