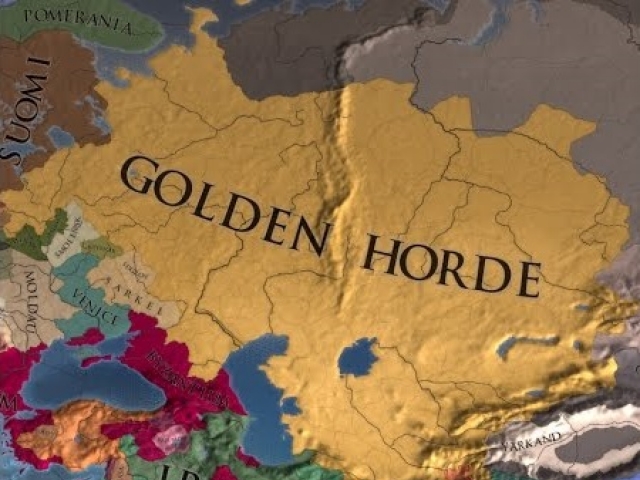 Kazakhstan, one of the states formed after the collapse of the Soviet Union, is preparing for the celebration of the 750th anniversary of the Golden Horde.

The name Golden Horde was given to the state founded by the descendants of Genghis Khan (below). This happened shortly after the death of Genghis Khan’s eldest son Zhuchi, whose name in Kazakh is pronounced “Zhoshy”.

According to the annals, in 1269 there was a meeting of the rulers of the three so-called “uluses” – possessions allocated by Genghis Khan to his sons. These public entities were named after their sons – Zhoshy, Chagatai and Ugedei. These uluses were ruled, respectively, by Mengu-Temir, Borak and Haydu. 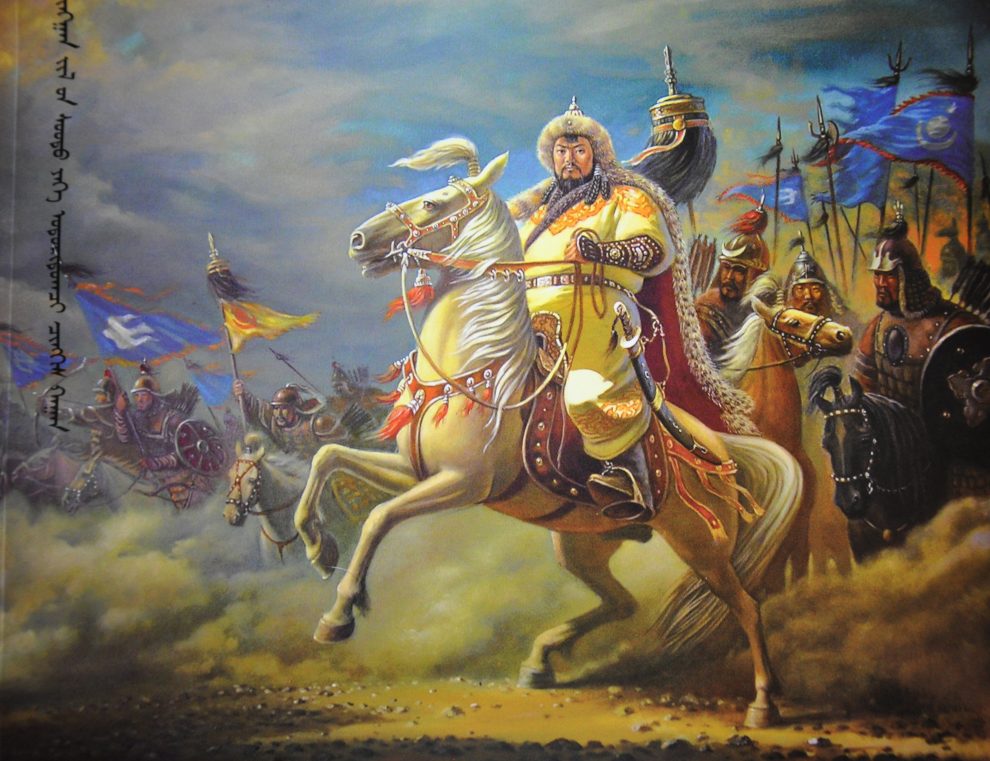 These descendants of the great conqueror decided to proclaim their possessions as sovereign states so that the great Khan Khubilai, the heir to Genghis Khan himself, did not try to conquer or call for submission. These three Khans concluded an alliance among themselves.

So, on the basis of the Zhoshy ulus, a state arose, which was later called the Golden Horde. The citizens of this state called it “Uluk ulus”, which means Great ulus,or Great State.

This state occupied an area of ??up to 6 million square kilometers – from Novgorod in the north to Khorezm in the south, from the Sea of Japan in the east to the Dunay river in the west – and its subjects were Turkic, Slavians, Finno-Ugric and many others. 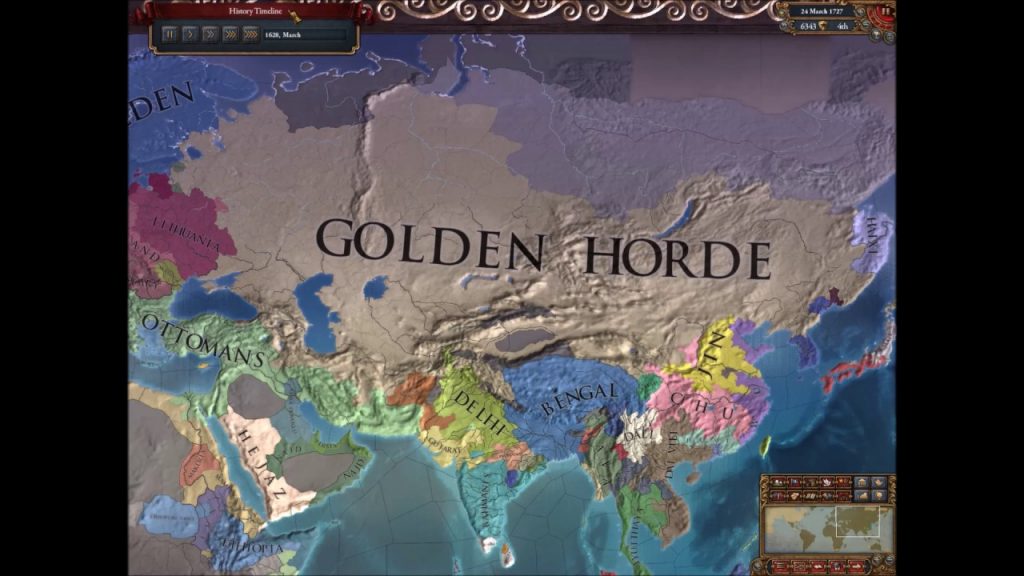 There were hundreds of cities in Golden Horde and during its existence the capital changed several times. One was called Saraishyk. This settlement is located in west Kazakhstan.

It is said that only the Kazakhs, after about 200 years of being part of the Russian Empire, created their own sovereign state – within the borders that were defined in the USSR for the republic, which in the 1930s gained allied status.

It should be noted that this status did not g0 to these people by chance. 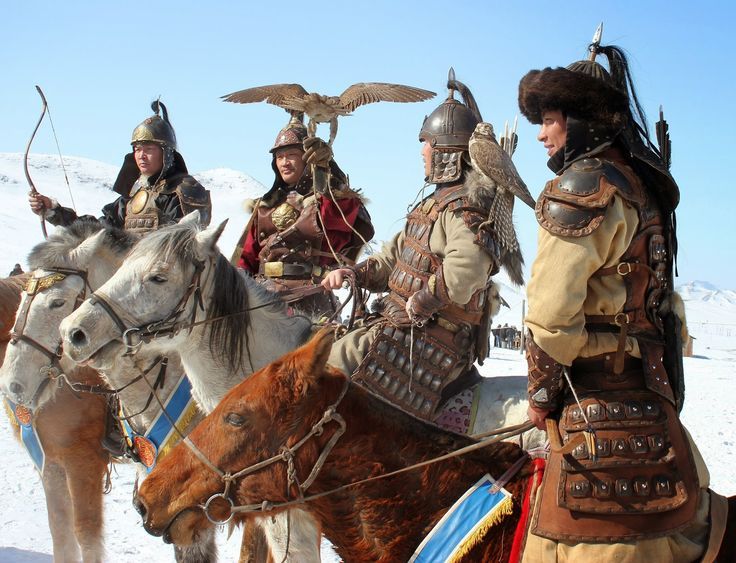 Even before the revolution, in Russian tsarist times, among Kazakhs a layer of educated people formed who, within the framework of the national-patriotic movement they created, the Alash Horde, participated in the politics of the Russian Empire, promoting the ideas of national autonomy.

It is known that the status of a national republic was first assigned to Kazakhstan as a result of the active and persistent activity of the leaders of the Alash horde – Alikhan Bukeikhanov and others – who managed to convince the ruler of Soviet Russia, Vladimir Lenin, that the Kazakhs are an independent people with their own history and have the right to statehood.

It was the status of a union republic within the USSR that enabled Kazakhstan to declare its independence in December 1991.

A great merit for this belongs to the first president of this state Nursultan Nazarbayev, who in the last years of being part of the Soviet empire carried out some preparatory work and was able to lead the republic on the path of sovereign development without any conflict.

Why does Kazakhstan attach great importance to the period of history when the Turkic tribes that later formed the Kazakh nation were one of the main ethnic components of the powerful state formation of the Middle Ages Golden Horde?

In the Soviet period, and even in Tsarist times, the study of the historical and cultural heritage of the Golden Horde was not encouraged. In fact, it was even banned. 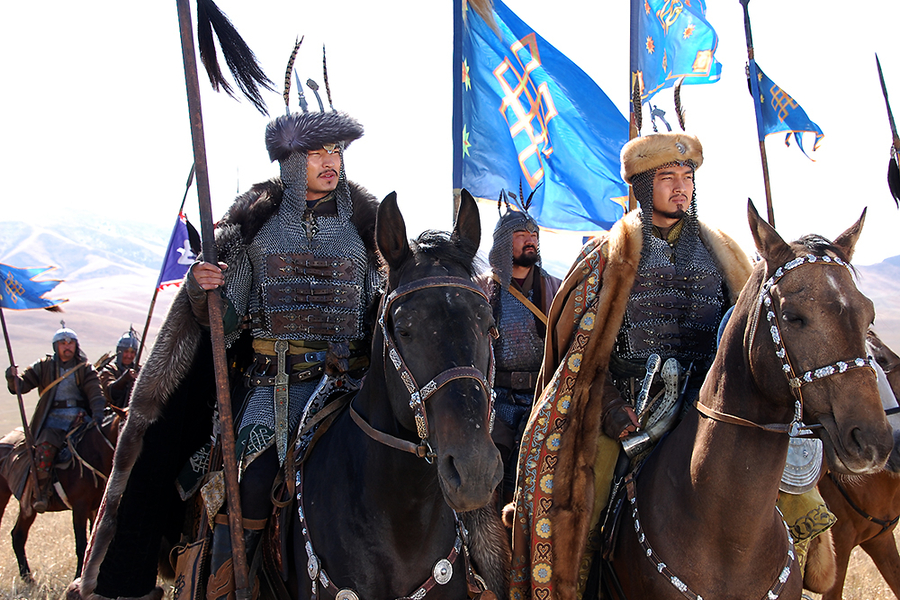 On the set of the Kazakh-made TV series that dramatizes the tumultuous events leading up to the creation of the first Kazakh khanate in 1465, amid the collapse of the Mongolian-ruled Golden Horde empire. The 10-part historical epic is being made by acclaimed director Rustem Abdrashev. (Photo: Kazakfilm)

Now there is an opportunity to study this heritage, and this work is actively being carried out within the framework of the Spiritual Modernisation Programme, which was adopted under Mr Nazarbayev when he was Pesident.

Recently in Kazakhstan the 550th anniversary of the Kazakh Khanate, which stood out from the Golden Horde in the 15th century, was celebrated on a large scale. In the 18th century, at the initiative of the Kazakh Chingizid rulers, it became part of the Russian Empire.

Celebrating the 750th anniversary of the Golden Horde should increase public interest in the cultural heritage of this state,
stimulate domestic tourism and attract foreign tourists.

Kazakhstan has preserved many artefacts from the time of the Golden Horde – mausoleums, tombstones with inscriptions. This period is also widely represented in museums. There are a large number of written sources both in the Republic itself and in neighbouring countries – Russia, China and others.

The new President of Kazakhstan Kassym-Zhomart Tokayev has already instructed to create the necessary infrastructure in the place where Zhoshy Khan, the founder of the Golden Horde, is buried.

His mausoleum is located in Ulytau, in the centre of Kazakhstan. 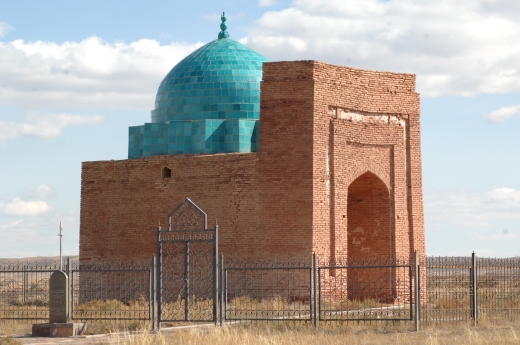 In his recent address to the nation, Mr Tokayev, emphasised on the historical role of Zhoshy Khan.

People in Kazakhstan know about the historical connection of modern Kazakhstan with one of the
most powerful medieval states of the Eurasian continent.

In general, the country has a great interest in the empire of Genghis Khan and his personality.

The celebration of the 750th anniversary of the Golden Horde will be magnificent.

Many events will be held which will interesting for Kazakhs as well as tourists.