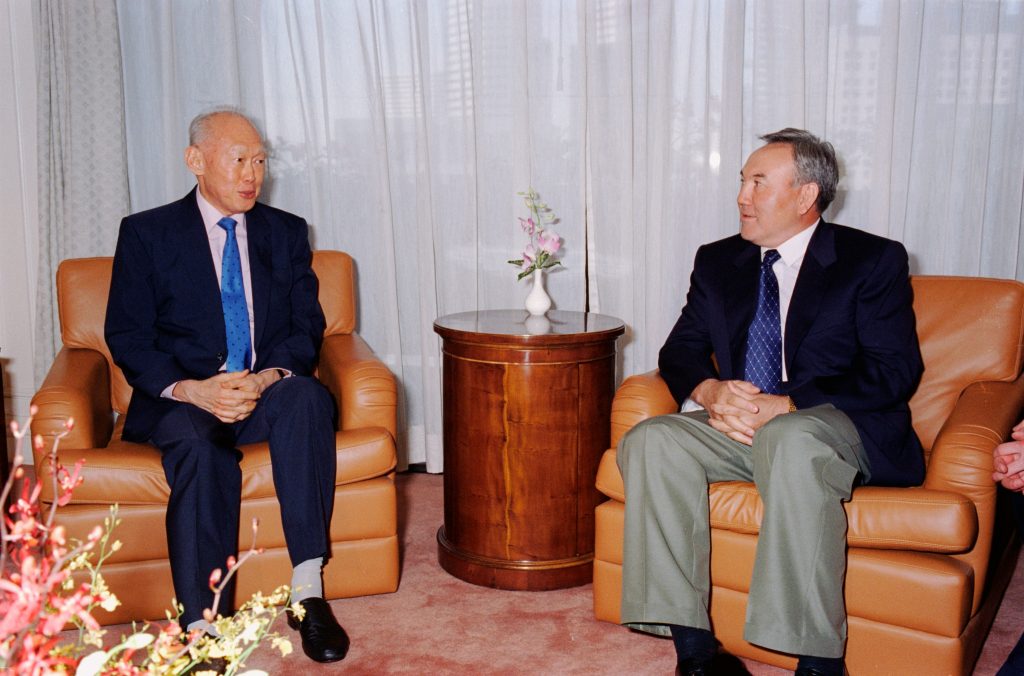 Kazakhstan’s President Nursultan Nazarbayev has brought out a new book, Era Nezavisimosti (The Age of Independence). According to a press release from Akorda (the presidential palace), the book “presents the author’s insight into the country’s history and its future; (it) mainly focuses on the key milestones in the construction of the independent state since its establishment… and through 26 years of its Independence”.

An Akorda statement on Facebook said the book was launched in Astana, the capital of Kazakhstan, on December 15, 2017. “This book is dedicated to my nation that has always supported me. The nation that follows its own Kazakhstani way into the future,” President Nazarbayev wrote in the epigraph to the book.

Known to be an admirer of former Singapore Prime Minister Lee Kuan Yew’s decisive policy-making, President Nazarbayev has admitted in the book that Kazakhstan tremendously benefited from the advice he got from Mr Lee in the early 1990s.

Mr Nazarbayev noted: “The bright beacon for Kazakhstan in the early 1990s was Singapore, which achieved enormous success in a short time that made the whole world speak about the “Singapore economic miracle” and its author – the country’s leader Mr Lee Kuan Yew. Wanting to learn more about the Singapore experience, I met this prominent statesman of Singapore on several occasions in the early 1990s. In 1991, at my request, he gave an impromptu lecture to a group of young economists from the Council of Ministers’ Office and told them how he had to act quickly and decisively under pressure. There was no time for reflection or discussion. 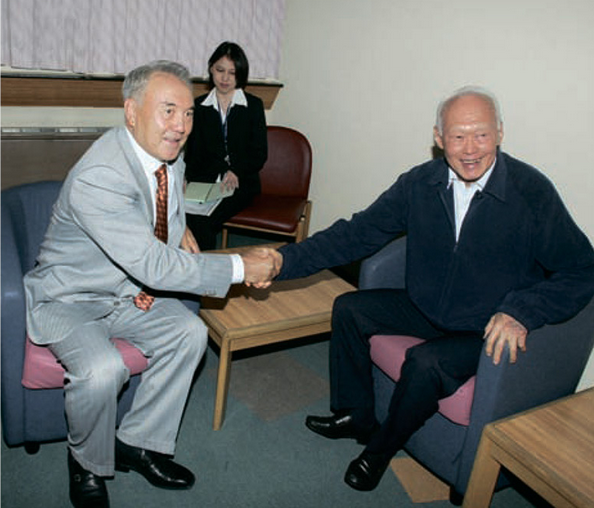 “Mr Lee Kuan Yew was an experienced politician. He foresaw that Kazakhstan would have a bright future. Although many then perceived his words as mere diplomatic talk, time has shown that those were prophetic. Kazakhstan did not struggle to exist in a competitive world. Mr Lee Kuan Yew’s observations and advice became for us guidelines in the development of long-term state strategies. Our conversations lasted five to six hours. The knowledge I received first-hand from the patriarch of Singapore politics tremendously contributed to our state building.”

According to Kazakhstan’s Nur Otan Party First Deputy Chairman Mukhtar Kul-Mukhammed, the book can be called “the encyclopaedia of Kazakhstan’s independence”. He told The Astana Times: “It covers all aspects of our life, from political and economic spheres to spiritual modernisation. All the milestones of the three modernisation stages (of Kazakhstan) with opinions and an in-depth analysis of the head and founder of our state are presented.

“The book explains the logic and mechanisms behind decisions; for instance, how the President defines domestic and foreign policy and the way Kazakhstan builds relations with the world’s leading powers. It embraces the essence of Kazakhstan’s development model, its evolution and strength. The author outlines the three waves of the nation’s modernisation, noting the first and second phases helped solve the tasks of building a market economy in the post-Soviet era, while the third is aimed at helping Kazakhstan join the top 30 most developed countries.”