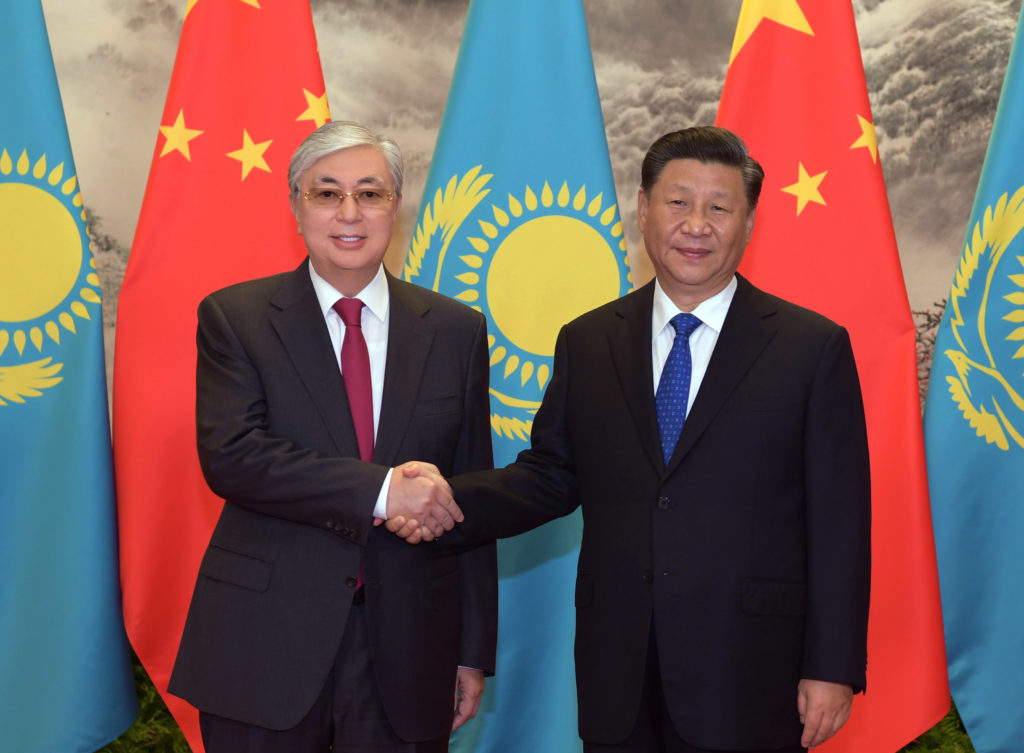 In September this year, Chinese President Xi Jinping (right) will visit Kazakhstan for the first time after the election of the new Kazakhstan President.

His visit and meeting with Mr Kassym-Jomart Tokayev (left) are of great political importance, as it will be held in the year of the 30th anniversary of the establishment of diplomatic relations and the 20th anniversary of the Treaty of Good-Neighbourliness, Friendship and Cooperation between the two countries.

Experts note that the visit will serve as an impetus for the further development of a comprehensive strategic partnership, and importantly comes on the heels of the recent bright revival of bilateral contacts at the highest level.

In recent months, the Chinese leadership has supported the measures to stabilise the political situation in Kazakhstan following the January riots and reforms to build a New Kazakhstan.

The dialogue between the heads of state and foreign ministries has noticeably intensified through face-to-face contacts, regular correspondence and telephone conversations.

Mr Tokayev’s visit to China in February and his participation in June’s BRICS Summit on Global Development, which was held in virtual format under the China’s chairmanship, has further strengthened the relationship.

Mr Tokayev noted with satisfaction that bilateral trade in 2021 increased by 15.2 per cent o ver the previous year, reaching US$18.2 billion. Kazakhstan accounts for half of all the trade that China does with the five nations of Central Asia.

China has also extended support to Kazakhstan in hosting the Conference on Interaction and Confidence Building Measures in Asia (CICA). It fully backs Kazakhstan’s chairmanship of CICA and for raising the level of CICA cooperation and making greater contributions to regional security and development.

Kazakhstan also supports the principle of “one China” and recognises Taiwan as an integral part of China. 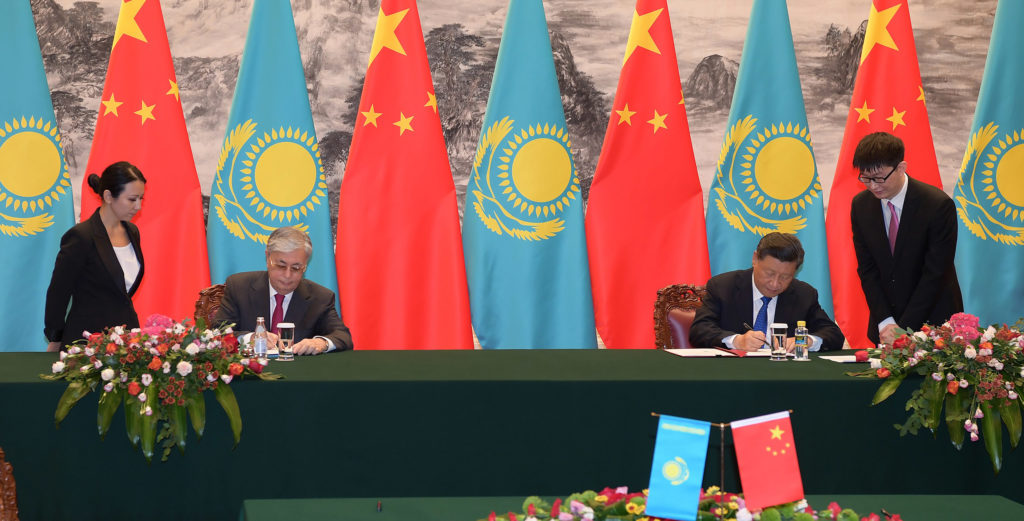 Trade and economic cooperation between the two countries is gradually returning to pre-pandemic levels. The functioning of all checkpoints on the border has resumed and the export of Kazakhstani goods through automobile checkpoints has begun. Positive trends are also noticeable in cargo transportation.

The lockdowns in China had a limited impact on bilateral cargo transportation. Fo a while, at the Dostyk-Alashankou border, the crossing of trains from Kazakhstan to China decreased from 16 to six a day. But now about 14 trains cross over every day, which meets requirements and current traffic volumes.

Kazakhstan’s trade turnover with China topped out at US$11.26 billion in the first half of this year, which is 36 per cent higher than last year’s statistics, according to the Kazakh Economic Research Institute (ERI).

According to ERI, both import (US$4.63 billion) and export ($6.63 billion) data are at all-time highs, indicating a strong economic momentum between Kazakhstan and China. This year’s trade volume is three times higher than what it was in the first half of 2016.

Overall, the upsurge in exports is largely driven by an increase in oil supplies by 3.8 times up to US$1.6 billion, while the rest of exports increased by 10.5 per cent. The rapid import growth, in its turn, is explained by a sharp increase in the supply of Chinese machinery and equipment, computers, and other high-tech products.

In January of this year, Kazakhstan’s exports reached US$771.7 million and imports US$648.5 million.

Regarding industrial-investment cooperation between Kazakhstan and China, in the first half of the year two projects costing US$120 million were started for the production of steel welded pipes and processing of natural stone. The construction of a US$426 million production logistics base and a 156MW wind farm was also launched.

Work is also underway to expand the range of goods for export to China. At the end of June 2022, 20 types of Kazakhstani agricultural products had access to  Chinese market, while 1046 enterprises were accredited.

An agreement was also signed to resume regular train passenger traffic between Almaty and Chengdu (two times a week) and Almaty and Urumqi (once in two weeks). 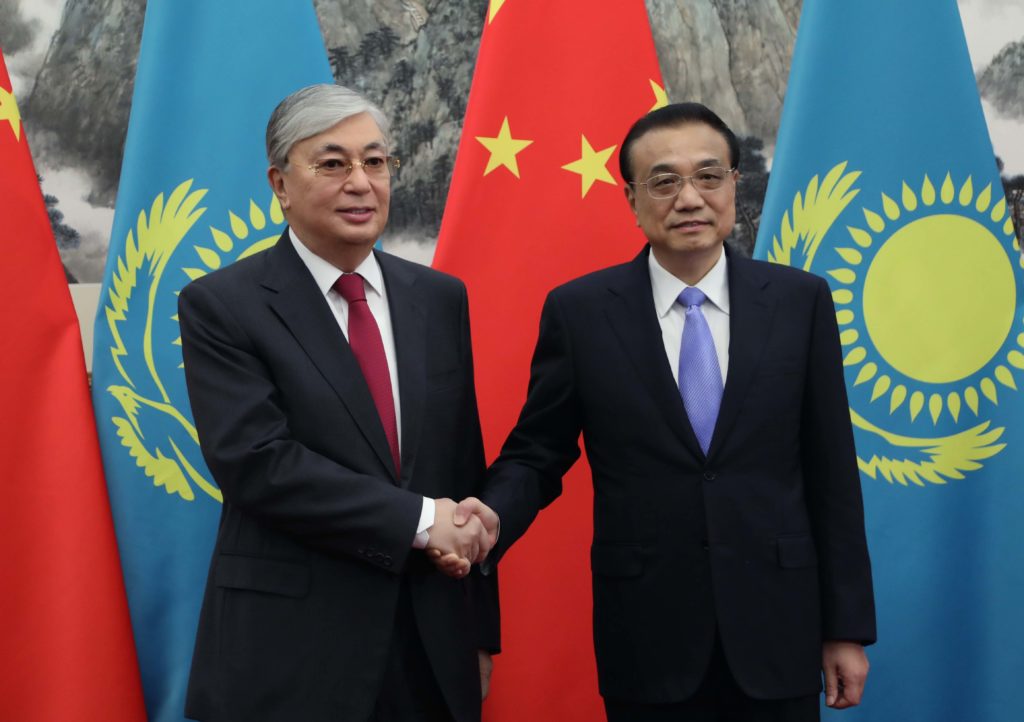 The mutual opening of cultural centres is being explored, with the signing of an agreement expected during Mr Xi’s visit to Kazakhstan.

A branch of the Scientific and Technical University of China will also soon open at the Toraighyrov University in Pavlodar, Kazakhstan.

In May 2022, the Chinese Foreign Ministry granted permission for Kazakhstani students to study at 147 “Chinese world-class universities and first-class specialties”. To make it smooth for the students, intensify people-to-people exchanges and establish business connection, Chinese visas are being issued to Kazakh citizens in certain categories, including repatriates to visit relatives in China.

This academic year, the Nanning Pedagogical University and the L.N. Gumilyov Eurasian National University (ENU) together will launch a double-degree education programme: undergraduate students from both countries will study for two years at each university.

Relations between Kazakhstan and China are strong and cover several sectors of politics, economy and culture. There is a comprehensive mutually beneficial cooperation treaty in place which is expeted to be further enhances when Mr Xi visits Kazakhstan for the fourth time in September.