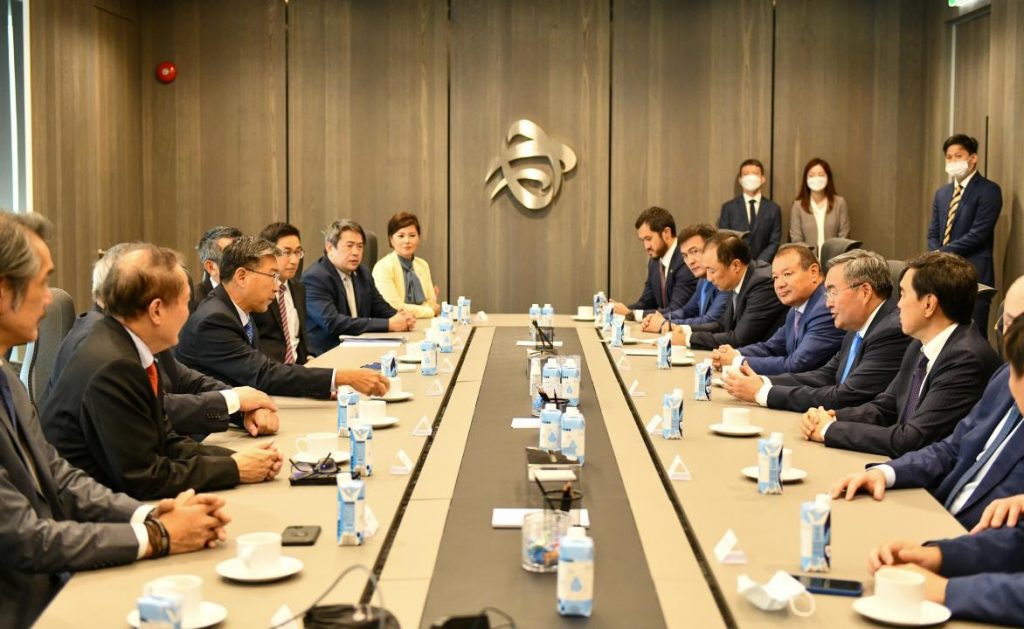 To expand its transit and logistics potential, Singapore is taking measures to create the most optimal trade routes. One of the projects it is engaged with in this regard is the Chongqing Land-Sea Corridor, a joint project with China.

The corridor is centred on Chongqing, a giant metropolis in southwest China. Thanks to its strategic location, it offers connection to 107 countries and is an established transport artery that links the densely populated markets of Southeast Asia and Eurasia.

According to Xinhua news agency, China’s new Land-Sea International Trade and Logistics Corridor has expanded its reach to 315 ports around the world.

In terms of traffic volume, in the first quarter of 2022, about 26,000 twenty-foot container units (TEU) were transported through the corridor. This amounts to US$670.8 million, which is 23.2% more compared to the traffic volume over the same period last year.

Overall, since its opening in 2017, the number of TEUs transported from Chongqing via the New Land-Sea International Trade Corridor has risen from less than 3,000 to 112,000 in 2021, while the value of transported goods has risen over the same period from 580 million yuan to 18.7 billion yuan.

To further develop the Chongqing Land-Sea Corridor and especially integrate it with EU markets, Singapore’s global port company PSA International is considering a project in Kazakhstan. The plan is to connect the business regions of Southeast Asia and Europe through Central Asia and China.

The PSA has a network of more than 50 coastal, rail and inland terminals in 19 countries. It manages the world’s largest ports in Singapore and Antwerp.

The PSA project could lead to the creation of multimodal hubs in Kazakhstan, as well as the operational management of the sea and dry ports in Khorgos and Aktau.

PSA is engaged in discussions with stated-owned Kazakh Railways (KTZ) to implement the project through these areas:

* Cooperation in the development of “soft infrastructure”, primarily through the creation of a digital transcontinental corridor.

According to an agreement between the parties, the introduction of a digital customs document management system will be carried out by PSA subsidiary Crimson Logic.

On November 30, 2021, CrimsonLogic, a leading global provider of trade solutions, products and services headquartered in Singapore, signed a Memorandum of Understanding (MOU) with KTZ Express, a subsidiary of Kazakhstan Rail Company, and national logistics operator and local IT partner Digital Silk Way to collaborate and establish a Digital Trade Corridor to promote trade in the region and beyond.

The Digital Trade Corridor initiative will serve the Trans-Caspian International Transport Route, which starts from Southeast Asia and China and goes through Kazakhstan, the Caspian Sea, Azerbaijan, Georgia and beyond to Europe.

This initiative is closely aligned to the Kazakhstan-2050 Strategy, which aims to enhance economic pragmatism and support entrepreneurship. With the increased trade flow between Asia and Europe, Kazakhstan is well positioned to serve as a logistic hub, especially for critical markets such as China.

* PSA to take over the operational management of the Kazakhstani sea and dry ports of Aktau and Khorgos-Eastern Gate. This will lead to their modernisation through investment and inclusion in a single distribution logistics infrastructure, including the Chongqing Land-Sea Corridor.

PSA’s Kazakhstan project, which is closely connected with China, is potentially the most optimal transcontinental route through Kazakhstan, thereby diversifying logistics routes and reducing transit risks.

Chongqing is the most important node of the trade and logistics corridor between Western China and ASEAN countries. At the same time, PSA is involved in the development of the key Singapore-Guangxi-Chongqing- Xinjiang-Europe route, which accounts for the bulk of international cargo deliveries and receives appropriate subsidies from the Chinese government as part of the development of the Belt and Road Initiative.

Overall, PSA’s Chongqing Land-Sea Corridor project is expected to have a high strategic potential for participating countries, especially during the current geopolitical tensions, trade restrictions and disruption to key supply chains also caused by the negative impact of the Covid-19 pandemic.