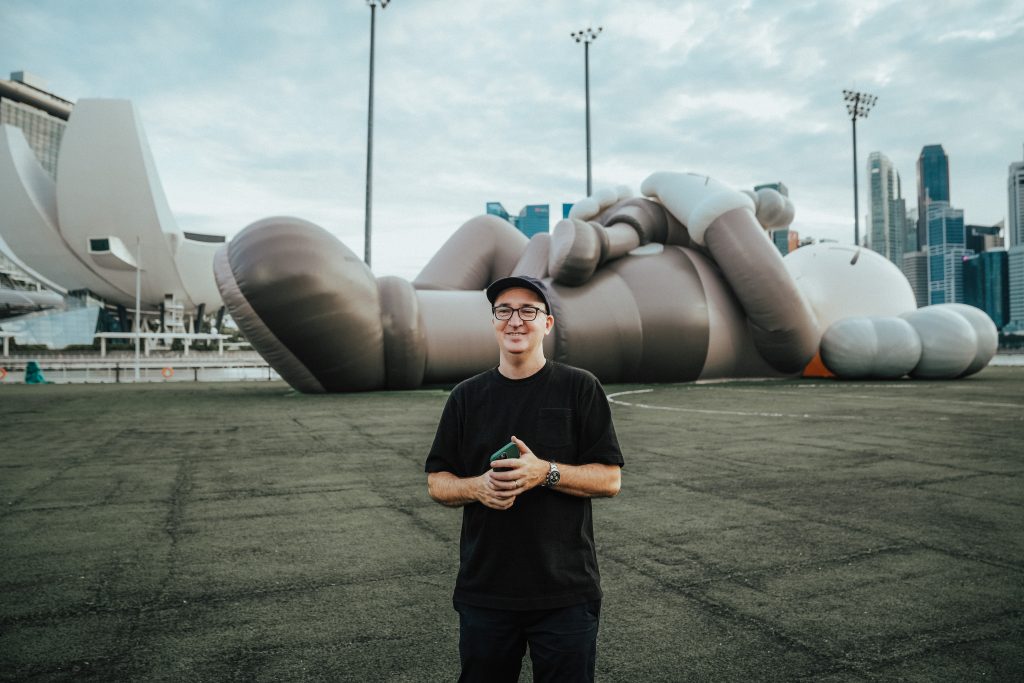 Internationally-celebrated artist KAWS unveiled a colossal 42-metre artwork of his signature character, COMPANION, in Singapore on November 13, 2021.
But soon after a court in Singapore ordered the organiser of the artwork to stop the exhibition.

Working with longtime collaborator AllRightsReserved and supported by Singapore Tourism Board, the artwork depicts the character in a reclined position embracing a miniature version of itself on The Float @ Marina Bay, set against Singapore’s stunning cityscape.Following its exciting global tour in Seoul, Taipei, Hong Kong, Japan, Outer Space and the United Kingdom, this was the seventh stop for KAWS’ HOLIDAY, as part of its goal to promote public appreciation of the arts.

KAWS:HOLIDAY SINGAPORE was set to be on display  till 21 November 2021, opening from 2pm to 9pm daily. 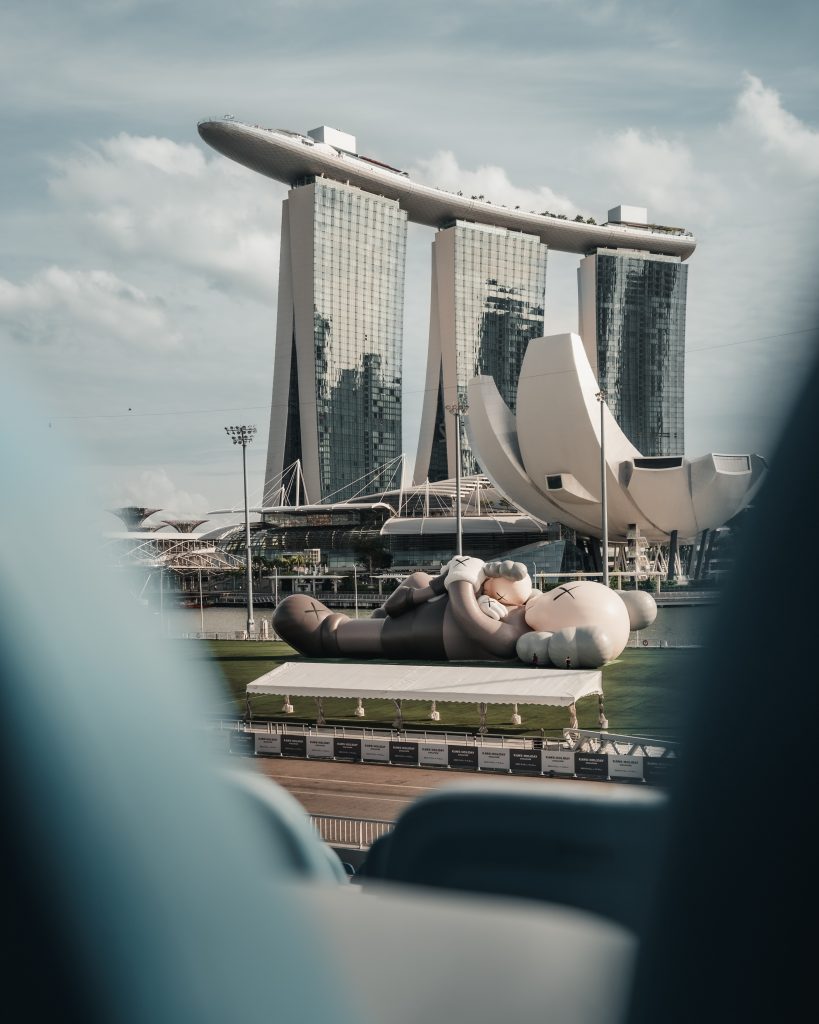 But the court granted an interim injunction applied for by non-profit organisation The Ryan Foundation. It ordered that the exhibition stop taking place as it is in breach of the foundation’s intellectual property rights and confidentiality.

It was KAWS’ first trip to Singapore, with The Float @ Marina Bay as the perfect location to mark its debut in the Lion City.

With a vantage point of Singapore’s bustling city hub, The Float @ Marina Bay is the world’s largest floating stage and home to many monumental events in Singapore. 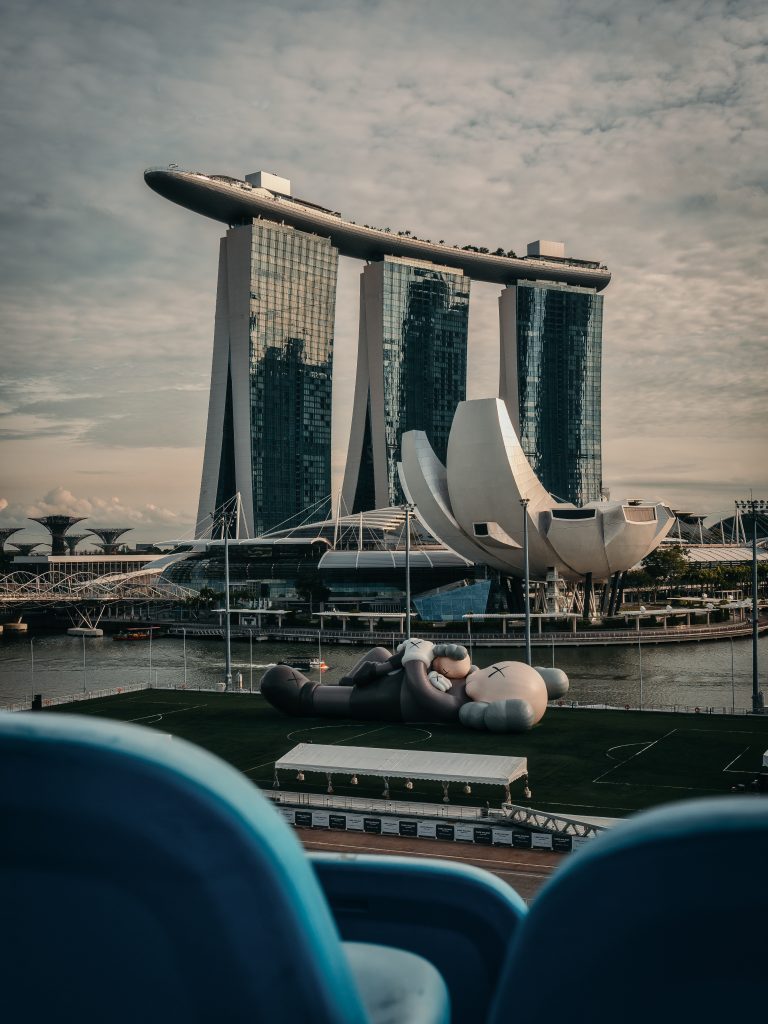 KAWS
KAWS engages audiences beyond the museums and galleries in which he regularly exhibits. His prolific body of work straddles the worlds of art and design to include paintings, murals, graphic and product design, street art, and large-scale sculptures.

Over the last two decades KAWS has built a successful career with work that consistently shows his formal agility as an artist, as well as his underlying wit, irreverence, and affection for our times. His refined graphic language revitalizes figuration with both big, bold gestures and playful intricacies.