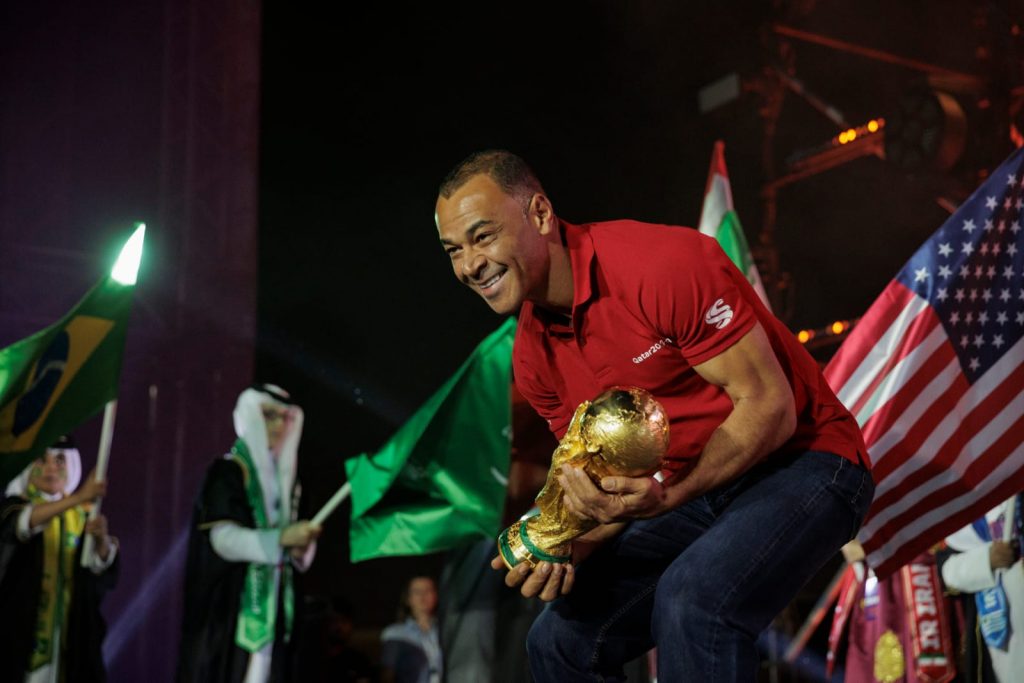 Thousands of football fans flocked to Katara cultural village in Doha, Qatar, on May 10, 2022, evening to attend a special send-off event for the FIFA World Cup Trophy.

Fans enjoyed a range of activities, cultural performances, a spectacular stage show and appearances from a number of special guests, including Brazilian football legend Cafu, twice a winner of the FIFA World CupTM.

It was the culmination of a series of events organised by the Supreme Committee for Delivery & Legacy (SC) to mark 200 days to go until Qatar 2022 – which will get underway on 21 November.

Attendees had the chance to have their photo taken with the FIFA World Cup Trophy and the opportunity to win tickets to the match between Qatar and Ecuador on the opening day of the tournament.

Khalid Al Mawlawi, Deputy Director General of the SC, said: “The event at Katara was yet another memorable evening on the road to 2022. Excitement continues to build across Qatar and the region as we edge ever closer to the tournament. It was a joy to see so many smiling faces during the final send-off event for the trophy as we countdown to the biggest sporting event ever to be held in the Middle East and Arab world.”

From 5-10 May, the trophy visited a host of tourist hotspots across the country, including Aspire Park, Souq Waqif, Msheireb Downtown Doha, Place Vendome and Doha Festival City.

The trophy was also hosted at Mohammed Bin Jassim House and visited a number of businesses and organisations across the country, including many in the health and education sectors.

Qatar 2022 will be held in eight stadiums from 21 November to 18 December.