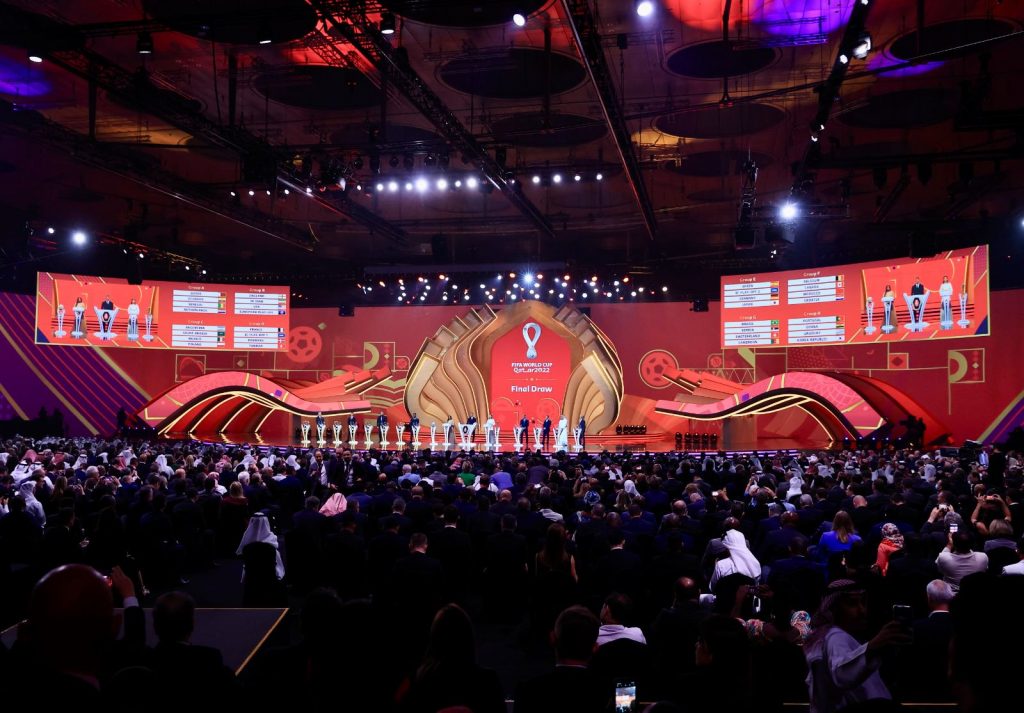 The Final Draw for the FIFA World Cup Qatar 2022TM took place during a glittering ceremony at Doha Exhibition and Convention Center on April 1 night.

The event was attended by His Highness Sheikh Tamim bin Hamad Al Thani, the Amir of Qatar, who made a speech alongside the FIFA President Gianni Infantino.

Host nation Qatar were drawn in Group A with Ecuador, Senegal and the Netherlands. The Maroons will open their campaign at Al Bayt Stadium on 21 November against Ecuador. Click here for full details of the draw: https://www.fifa.com/tournaments/mens/worldcup/qatar2022/media-releases/paths-laid-out-for-the-biggest-prize-in-world-football

Qatari and Arab culture were showcased throughout the ceremony, while the Official Mascot and the first single from the Official Soundtrack were both unveiled.

The Official Mascot, La’eeb, visited the ceremony from the mascot-verse. The mascot segment of the show was directed by Ahmed Al Baker, CEO, Katara Studios, and written by Mohammed Al Ibrahim and Fahad Al Kuwari, who are both Senior Content Producers at Katara Studios.

The stunning animated film presented a fictional narrative of football’s origins; one that indicates football is a form of knowledge handed down to humans from the mascot-verse – a parallel reality to ours where all mascots come from, allowing the audience to know more about a plane of reality that humans created with their thoughts and dreams.

The single epitomises the values of the World Cup by representing diverse voices from Qatar, the Americas and Africa with a message of unity and hope that is sure to set the tone for an historic tournament.

The show then included a distinctly Qatari performance titled ‘The Voyage of Fijiri’. This was an audio-visual live performance of the traditional art of Fijiri and took the audience on a journey to explore the origins of the art, infused with a modern, electronic musical twist.

The segment featured visual graphics of iconic buildings around the world. The performance was composed by Faisal Al Tamimi, a composer and specialist in traditional Qatari music, and Greg M. Johnson, and performedby Ali Al Haddad, a specialist in ‘Nahham’ art who recently won the Katara Nahham art competition, and the band Lejbilat.

This was followed with an appearance by Sherihan, one of the Arab world’s most well-known actresses and performers who delivered an impromptu, poignant and motivational speech that paid tribute to the humanistic values of sportsmanship that football inspires.

Another local element to note is the fact the dresses worn by the female presenters were designed by Qatari designer Wadha Al Hajri, who launched the label ‘Wadha’ in 2010.