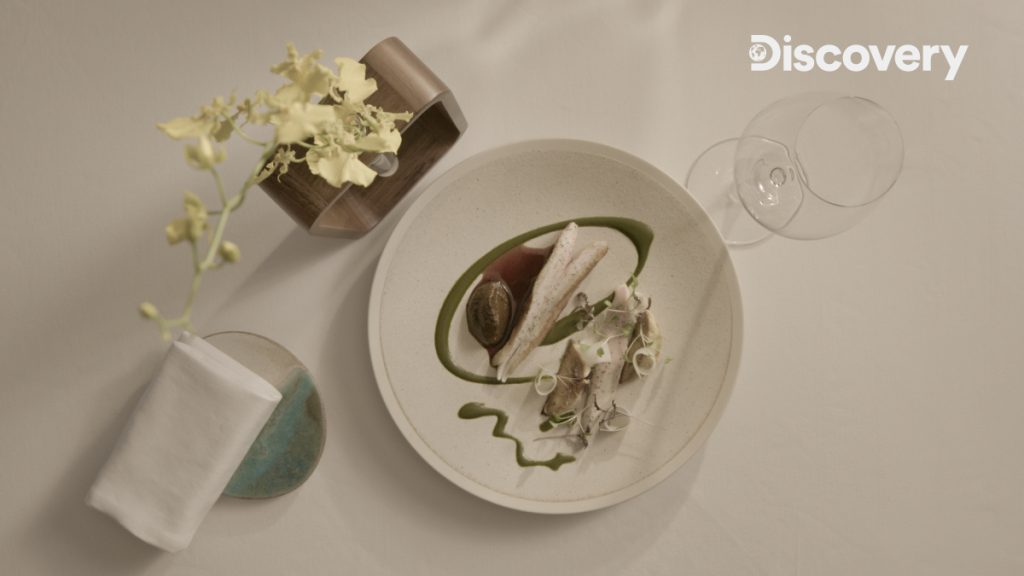 The show will premiere at 8:05pm on December 29 on Discovery Channel and 9:50pm on Discovery Asia in Singapore and Malaysia.

Hong Kong’s Grandmasters of Cuisine will take Singaporean and Malaysian audiences on a mouth-watering trip to Hong Kong’s culinary paradise. 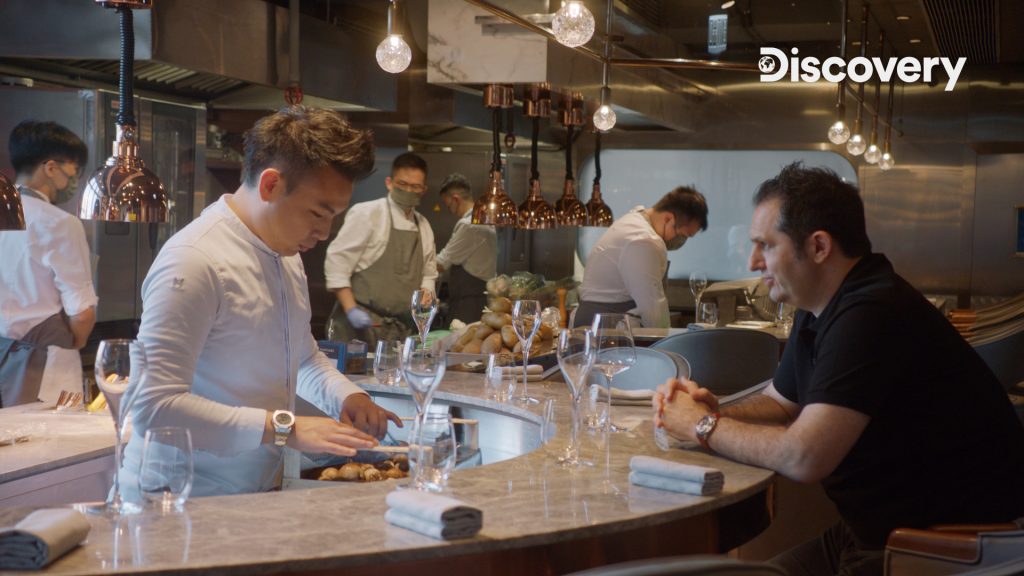 Hong Kong leads the Asia’s 50 Best Restaurants 2021 list with 11 entries. It is only fitting for Discovery to tap the decorated chefs responsible for bringing the city’s flavour to new heights to serve as a spiritual guide for its colorful, effervescent food scene. 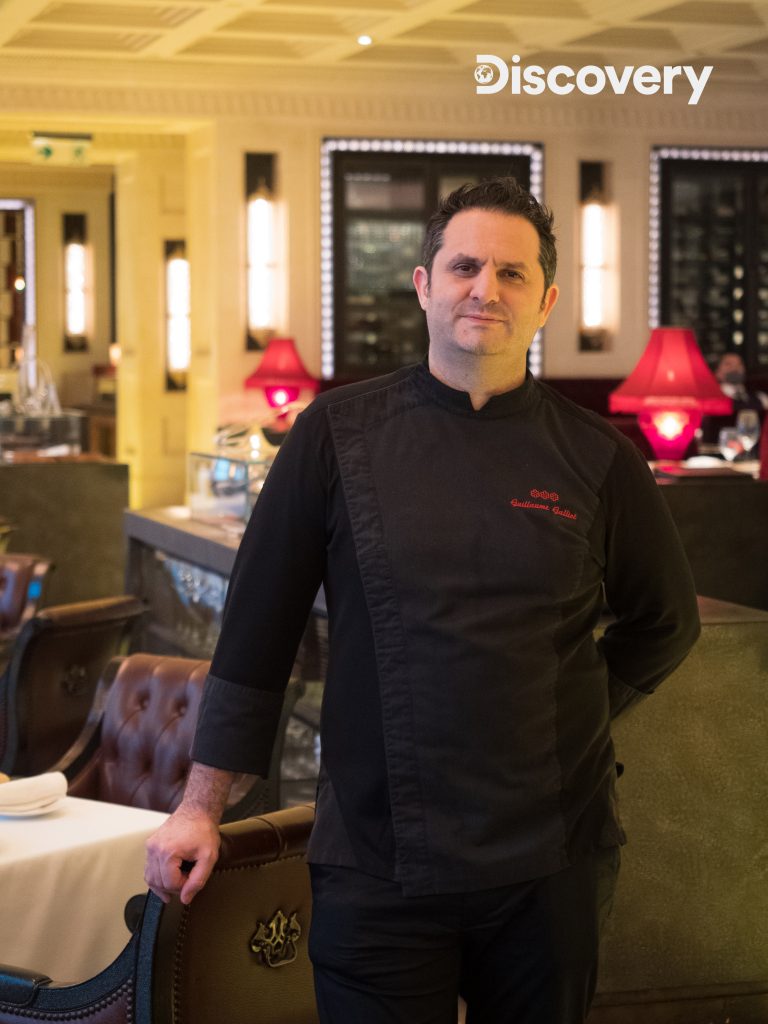 As Chef Guillaume Galliot (above) of Caprice, a three-Michelin-starred restaurant offering Classic French savoir-faire, said: “Food always brings people together. No matter where you’re from, no matter who you are.”

Hong Kong’s grit and edgy reputation is a playground for foreign celebrity chefs trained in different parts of the world and progressive cuisine.

It unravels the journey of meticulously chosen ingredients and the people behind them, from the busy markets with local year-round produce to seafood markets with the freshest catch. All of which are essential artistry of their plated masterpieces for the city to devour. Another lover of the diversity within the city, Chef Ricardo Chaneton of Mono, Asia’s window to Latin American gastronomy, said: “Mole is a sauce typical of Mexican cuisine, where you have 21 ingredients. For me, Hong Kong is a mole, and I see so much of Latin America in Hong Kong.”

Despite the city’s competitive atmosphere and famous kitchens, the community of chefs is a close one that fuels creativity. From swapping recipes to trading ingredients, the undeniable camaraderie pushed the boundaries of their culinary creativity.

It will also showcase the food industry’s wider resilience amid a difficult year. Chef Vicky Cheng of VEA, a one-Michelin-starred restaurant known for Chinese luxury ingredients bent with French technique, said: “I had one goal in mind – I didn’t want to let go of any of my staff – either you do it 100 per cent or nothing at all – honestly, it’s probably one of the hardest things I’ve done, opening Wing, but it was a risk that I was willing to take.”

Chef Richard Ekkebus, from renowned two-Michelin-starred French restaurant Amber, said: “For me, the fighting spirit of Hong Kong is its resilience. It’s the resilience of the Hong Kong people of wanting to reinvent themselves constantly and rebouncing within any moment of challenge.” 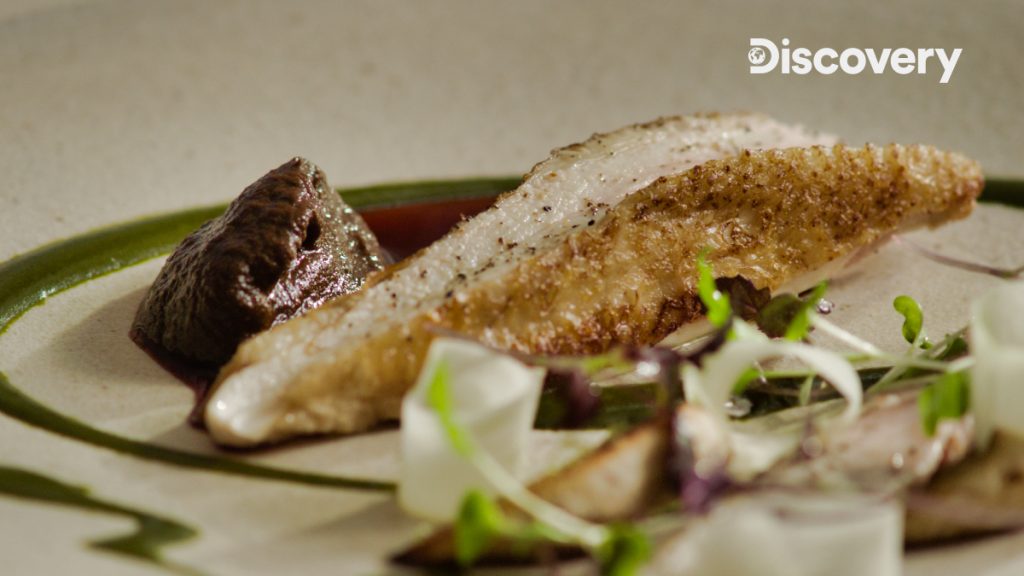 Together, the industry works towards creative solutions to survive and thrive by adapting their service structures. This helped strengthen their dynamics and pushed them to challenge traditional tastes, food supply chains, and what it means to be sustainable as a luxury restaurant through plant-based ingredients.

Kung Food! Hong Kong’s Grandmasters of Cuisine brings this uniquely Hong Kong phenomenon to Southeast Asia for the first time- a secret culinary society of Chefs exploring the food paradise that is Hong Kong. The show is a story of Hong Kong cuisines past, present and future.