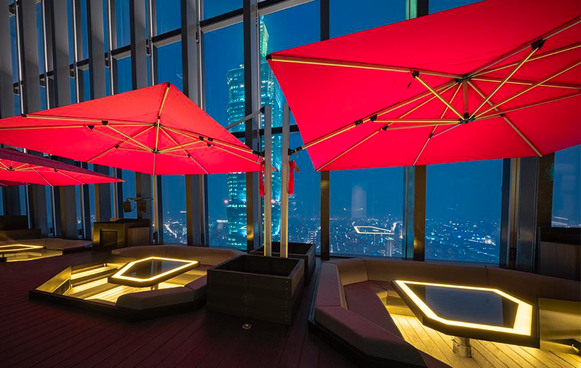 CÉ LA VI Taipei officially opened after celebrating its grand launch on the weekend of April 26.

The new venue welcomed a well-heeled mix of local and international celebrities, influencers and industry heavyweights, all celebrating the launch from the highest rooftop lounge in Taiwan nestled on the 48th floor of the latest skyscraper in the city skyline – Breeze NanShan.

Kicking off the weekend festivities were international French Disco DJ Dimitri from Paris, who took centre stage on Friday night and locally acclaimed DJ SL who helmed the decks on Saturday night.

The occasion marked the first time an international luxury lifestyle brand unfolded a concept of this calibre in Taiwan.

With sweeping 360° views of Taipei City, Yangmingshan National Park and Taipei 101, CÉ LA VI Taipei has become the most coveted Instagramable destination in the city within its short period of operation.

CÉ LA VI Taipei has solidified the city’s position among the upper echelons of metropolitan cities across Asia like Singapore, Hong Kong, Colombo and Kuala Lumpur.

Leading up to the grand opening, CÉ LA VI restaurant welcomed special guests, media and industry insiders for a new menu tasting to showcase its culinary offerings that fuses French cooking techniques with the freshest Taiwanese produce and spices local to Southeast Asia.

Iron Chef Champion, Jason Licker specially crafted the dessert menu to feature a selection of locally inspired confections – a Molten Milk Tea Tart, a creative take on Taiwan’s iconic bubble milk tea that’s made with local mountain teas, and Guava Crème Brûlée, a Taiwanese spin on a classic dessert, were amongst some of the delightful offerings.

The innovative contemporary Asian offerings at CÉ LA VI Taipei, blend Asia’s most intriguing flavours while combining tradition and modernity. The restaurant serves lunch and dinner with a weekend brunch and afternoon tea to follow shortly. 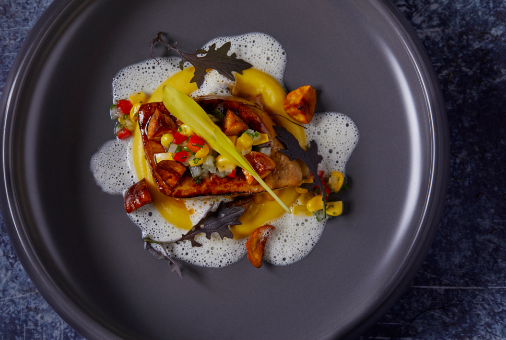 Beyond the deep mahogany flooring and slate grey booths, the centrepiece of CÉ LA VI Taipei is a unique all-copper bar, spanning more than nine metres at the central south side of the restaurant.

Inventive offerings at the SkyBar embrace the heart of Taiwan’s culture with a robust cocktail menu centred on international flavours with a Taiwanese twist.

Familiar yet surprising, CÉ LA VI Taipei’s cocktails proved to be a true showcase of local flavours to the world.

The cocktail list featured the likes of  ?Grass Jelly Milk Tea, a cocktail that balances the light bitterness of Chinese herbs with sweet and silky fresh milk tea, Taiwan High Mountain Tea cocktail that turns the classic Old Fashioned into one spirited by a delicate and crisp whisky featuring hints of Taiwanese tea and ?Gaoliang Cocktail, which is a variation of Baijiu and made from distilled sorghum, with the cocktail altogether balanced by the citrusy characteristics of plum. 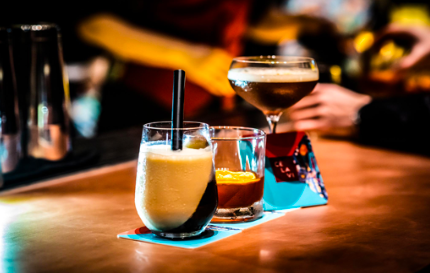 CÉ LA VI Taipei houses a restaurant, lounge and bar with entertainment by a roster of hand-picked DJs. Its interior draws inspiration from the city itself, with clean lines and reserved tones evoking a refined elegance. It is, an exclusive escape from the city, overlooking the sea that is Taipei’s downtown. The brand’s trademark red umbrellas rise above the tables, creating an intimate environment for each booth. With individual climate controls installed at every alfresco booth to make the Sky Deck accessible year-round, CÉ LA VI brings a rare luxury experience outdoors for the first time in Taiwan.

The state-of-the-art venue is equipped with the finest sound system seen in high profile mega-clubs such as Marquee Las Vegas and Exchange Los Angeles. Designed by Audio 6 Taiwan along with Funktion-One UK, CÉ LA VI Taipei has been fitted with a system made up of 4x Resolution 2s, 28x F81 loudspeakers with 2x BR218 and 15x BR115 bass speakers that are altogether designed to provide an immersive sound experience that complements its sleek interior and cityscape backdrop. The system encompasses the entire indoor and outdoor areas of the 1,400 square metre space.

With the aim of providing a seamless transition from daytime to night-time, local and international talents have been carefully selected to bring a perfect compositional score. Entertainment will be further choreographed to feature an immersive experience of audio-visual technology, electric performances, and contemporary music. The combination is a transcendent experience of a curated soundscape that reaches new heights for Taipei City.

BRAND MILESTONE IN THE CHINESE MARKET

This is the first of several openings planned in the region, with Shanghai slated to open in the ?summer of 2019 and Tokyo at the end of the year. CÉ LA VI Taipei has been conceptualised to appeal to the local Taiwanese market with its architecture, design and menu, all catering to a discerning clientele. It carries all the hallmarks of the brand that are rooted in rooftops across Asia’s iconic skyscrapers: a sense of arrival, breathtaking vistas, sensorial spaces, creative collisions are complemented by Asian hospitality.

The project is a joint venture by Taipei nightlife guru the LOOP, who has stepped up to the occasion after embarking on a highly-anticipated partnership with the CÉ LA VI Group, which is owned by an establishment owned by private equity company L Catterton Asia. The combined force brings a touch of luxury, a hint of cool and a lot of style to the skies of Taipei City for the first time