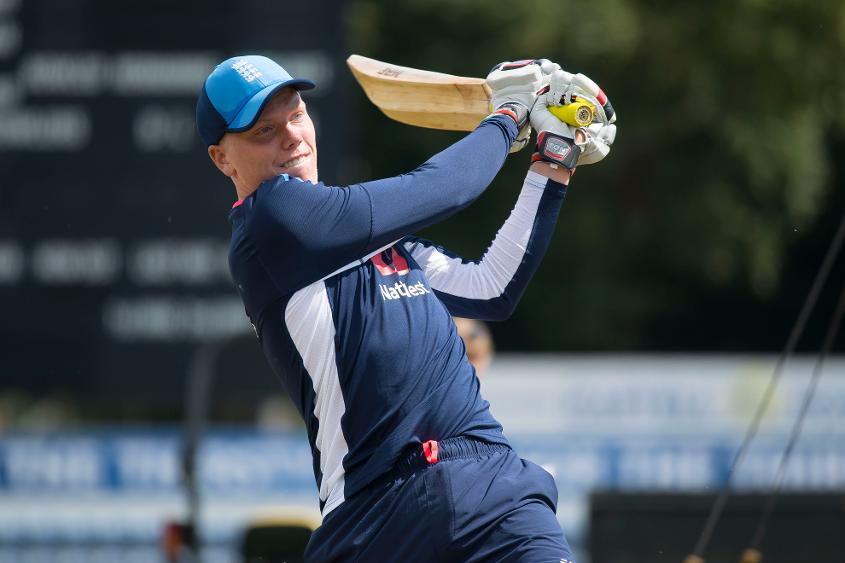 Captain Harry Brook scored a fine century as England defeated Bangladesh by seven wickets at the John Davies Oval in Queenstown, New Zealand, on January 18 to put themselves in line to top Group C in the ICC U-19 Cricket World Cup.

Brook’s 102 not out was supplemented with a fine all-round effort of 48 not out and three for 26 by Euan Woods as the 1998 champions completed a second straight win. England are on a par with Bangladesh on four points and a win over Canada on Saturday will enable them to top the group with six points, also making Bangladesh the second side to qualify for the Super League quarter-finals.

Canada remained in contention for a place in the Super League quarter-finals from Group C when they defeated Namibia by four wickets at the Bert Sutcliffe Oval in Christchurch. However, to reach the Super League quarter-finals, they will have to convincingly beat England so that they can improve their net run-rate, which currently sits at -0.277 as compared to England’s +3.27 and Bangladesh’s +0.43.

While Canada are still in the running for a place in the Super League quarter-finals, Namibia, who had qualified directly for the ICC U-19 Cricket World Cup 2018 as the highest-placed Associate in 2016, will now play in the Plate Championship after succumbing to their third straight defeat.

Bangladesh captain Mohammad Saif Hassan elected to bat first, only to see the team struggle against a penetrative bowling attack. After new-ball bowler Dillon Pennington trapped Pinak Ghosh in front of the wicket, Ethan Bamber took the important wickets of Mohammad Naim, Hassan and Tawhidul Alam as Bangladesh were reduced to 27 for four by the ninth over.

Afif Hossain (63, 85b, 8×4) struck a second consecutive half-century and added 96 for the fifth wicket with Aminul Islam (31) to lift their side to 175 in 49.3 overs. Bamber finished with three for 19 in six overs, while Woods’ three wickets included those of well-set batsmen Afif and Aminul.

England lost a couple of early wickets but Brook followed up his half-century against Namibia with an 84-ball 102 not out that was studded with 13 fours and three sixes. Brook added 128 runs for the unbroken fourth wicket with Woods, who had joined the team as a replacement for the injured Thomas Lammonby, as the 1998 champions romped to victory in less than 30 overs with seven wickets to spare.

England captain Harry Brook said: “I think the first four wickets were the biggest part of the game. If we did not get those four wickets it could have been a different game. Against Canada, we want to keep the momentum going into the Super League.

“As soon as I went in, I was just looking to knock it around a bit with the two early wickets gone, I thought to play my game and when getting a boundary option, take it. There was no big spin, we just kept ticking along.”

Bangladesh captain Mohammad Saif Hassan: “Our start was not good, a top order collapse, then we had a good partnership. Then their off-spinner came and took wickets. We were looking for 250 or so but we could not carry on the innings.”

Namibia failed to get a big individual score after electing to bat first and finished with 193 in 46 overs. Captain Lohen Louwrens (38), Eben van Wyk (32) and Erich van Mollendroff (30) all failed to capitalise on good starts as the African side fell to their third straight defeat after losing to Bangladesh and England earlier in the league.

In reply, Canada lost two early wickets as Petrus Burger produced a double-strike, but captain Arslan Khan steadied the innings with an 89-ball 72 and then half-centuries from Gill (52) and Kevin Singh (50 not out) took the team home safely.

Canada captain Arslan Khan said: “It (the victory) means a lot. The last time we won a game in the first three games was in 2010 here in New Zealand (versus Zimbabwe), so it feels very good to get another win here.

“I was very happy to be honest. We played here two days ago against Bangladesh, we knew it was a very good wicket to bat on, and if we restricted them under 250, we knew we had the batting to achieve the target within the 50 overs.”

Namibia player Shaun Fouche said: “I think the bowling, we started quite well, but after the 10 overs, after the power-play, our bowlers didn’t execute as well and I thought there were too many boundary balls.