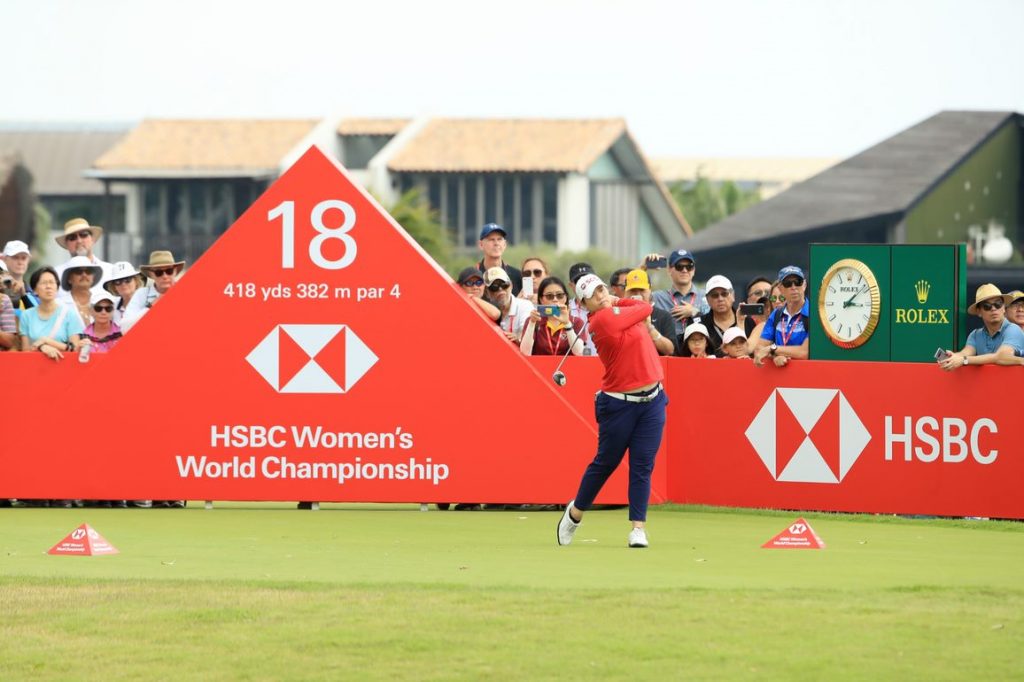 In a further boost to sports fans across the region, the HSBC Women’s World Championship is once again set to provide a showcase of international talent when the tournament returns to Singapore this month.

From 29 April to 2 May, Sentosa Golf Club will host six of the world’s top-10 players, together with the current world number one, multiple major winners and three former champions.

Further international star-power will come in the form of Jutanugarn’s elder sister Moriya, Carlota Ciganda and Azahara Munoz of Spain, Lizette Salas and 2012 winner Angela Stanford of the US, Melissa Reid and Georgia Hall of England and Shanshan Feng of China. 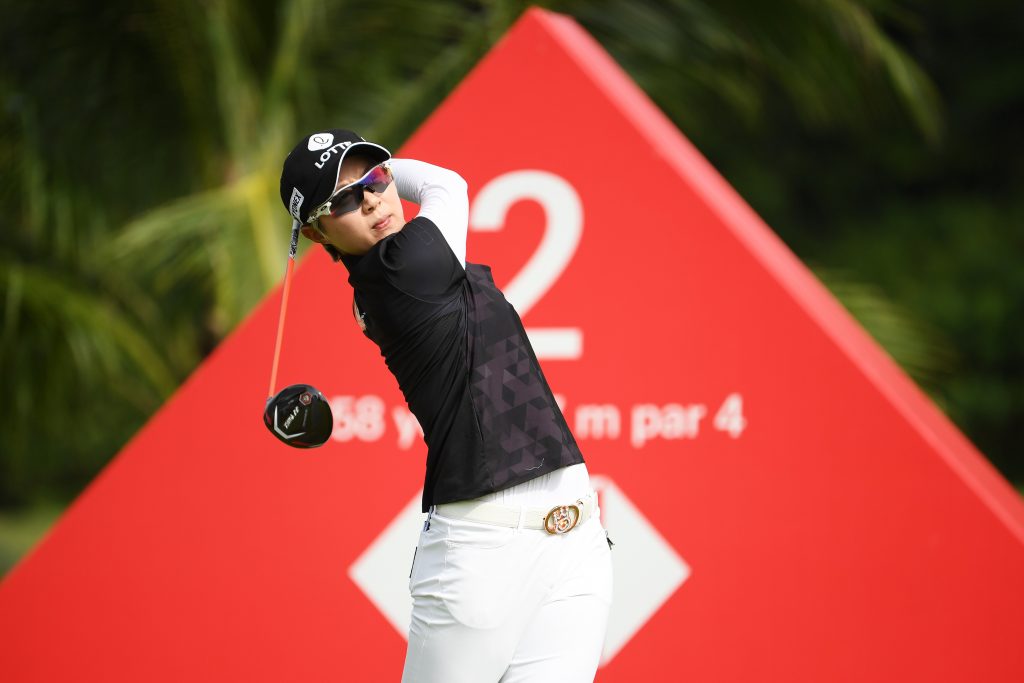 Hyo Joo Kim of South Korea plays her shot from the second tee during the third round of the HSBC Women’s World Championship at Sentosa Golf Club on March 02, 2019 in Singapore. (Photo by Ross Kinnaird/Getty Images)

The announcement follows last month’s news that defending champion Sung-hyun Park and World No.1 Jin-young Ko will be competing at this year’s tournament alongside Inbee Park, Danielle Kang and Minjee Lee.

Speaking about her return to Singapore, Ariya Jutanugarn, a double major winner and runner up in Singapore in 2017, said: “HSBC Women’s World Championship is an important tournament for me. I first played as an amateur in 2013 on a sponsor invite which was an amazing experience and have been back for the last four years. This year it starts our Asian swing which I always really look forward to with the courses and conditions. It’s a fantastic tournament at a great golf club so thank you to everyone that has made it happen this year. I’ll do my best to give my fans something to cheer about.”

Seven-time LPGA Tour winner and former champion in Singapore Angela Stanford said: “The HSBC Women’s World Championship will be the first overseas tournament of the year and it’s no surprise the Tour has chosen Singapore to start. It’s a wonderful tournament and one that I have so many amazing memories of winning, back in 2012. I know a huge amount of work has gone into this year’s event so on behalf of all the players competing, I’d like to say a big ‘thank you’ to everyone that has made it possible but particularly HSBC, Singapore Tourism Board and IMG. We’re all looking forward to getting back out there! 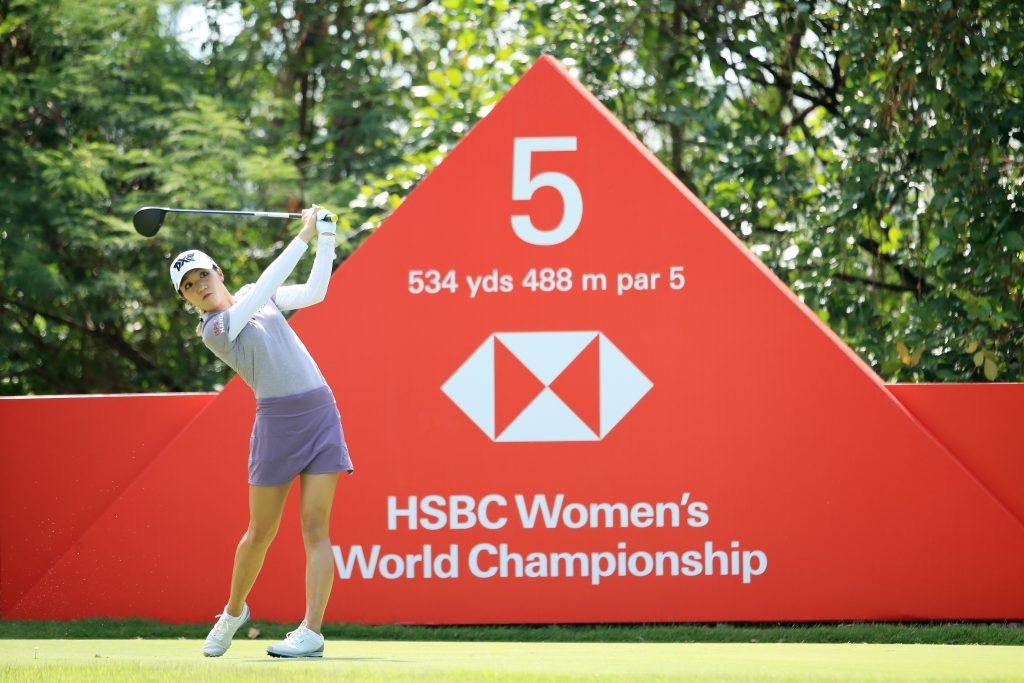 Lydia Ko of New Zealand plays her shot from the fifth tee during the final round of the HSBC Women’s World Championship at Sentosa Golf Club on March 03, 2019 in Singapore. (Photo by Andrew Redington/Getty Images)

Recognised as one of the premier golf events in Asia, the HSBC Women’s World Championship marks a welcome return for professional women’s golf to Singapore after a one-year gap due to the Covid-19 pandemic. With safety restrictions set to remain in place until after the tournament, HSBC Women’s World Championship 2021 will be a limited attendance event.

Working alongside title sponsor HSBC and tournament organiser IMG, the Singapore Tourism Board (STB) has played a crucial role in the planning for this year’s tournament. Mr Keith Tan, STB’s Chief Executive, said: “Singapore is pleased to welcome the world’s top female golfers to compete in the 2021 edition of the HSBC Women’s World Championship. We are glad to see the return of many of these top players to Singapore to take part in our very first international professional golf tournament since COVID-19. Having worked closely with tournament organiser IMG and the LPGA Tour to develop the necessary safe management measures, as well as ensuring the quality of the event remains top notch, we look forward to an exciting tournament next month, and to hosting more major sporting events that are both safe and engaging.” 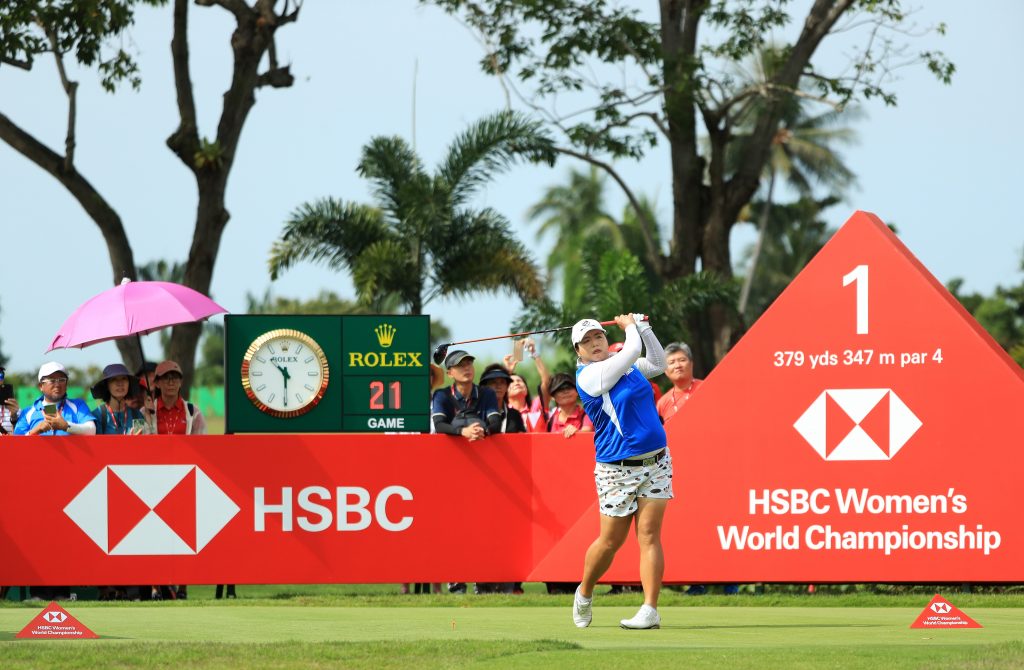 Shanshan Feng of China plays her shot from the first tee during round one of the HSBC Women’s World Championship at Sentosa Golf Club on March 1, 2018 in Singapore. (Photo by Andrew Redington/Getty Images)

For more information on the HSBC Women’s World Championship 2021 and all the latest news, visit the tournament website at https://www.hsbcgolf.com/womens

The field of 66 Players will be determined as follows:

* Tournanament winners from all Official LPGA Tournaments from the 2019 HSBC Women’s World Championship through to the 2020 ISPS Handa Women’s Australian Open. Including both winners from Dow Great Lakes Bay Invitational.

* Alternates for the above, will be filled by Members from the 2020 Priority List as of January 1, 2020, ranked in order of their position on that list.

Additional Players will be added to the field as per below. If the player is already qualified the spot will not be reallocated to the Alternate List.

* Tournament winners from the 2020 LPGA Drive On Championship – Inverness through to the 2021 LOTTE Championship.