Local singer-songwriter Wayne Gerard Sandosham (above) has announced the release of the song Untitled ahead of Singapore’s iconic bicentennial celebrations. The yet-to-be-named song is a tribute from Wayne, who is more popularly known in the music industry and among his fans by his adopted stage name Wayne Sandz.

It is part of the One Voice Project, a initiative aimed at grooming and developing future talent in the music industry.

Said Wayne: “This year is an important milestone since the formation of Singapore and we wanted to compose a song as a tribute and appreciation to the nation. We’ve always recognised Singapore to be a hotbed of talent. Through the years, Singapore has bred musicians with amazing talent.

“From the Quests and Crecendos of the 1960s, Matthew & The Mandarins in the 70s; Tony, Terry & Spencer and Tokyo Square in the 80s; to 90s icons Stephanie Sun, Kit Chan, Douglas O, Dick Lee, Tanya Chua, JJ Lin Corinne May and Electricco; to the post-2000s era of singers like Nathan Hartono, Jack & Rai, Taufik Batisah, Sylvia Ratonel, Tabitha Nauser, Deon Toh, The Sam Willows and The Gentle Bones among many many others – the list, quite literally, goes on and on.

“We wanted to create a song to not just celebrate the occasion, but also to express our appreciation being part of the Singapore journey. We hope the song inspires Singaporeans from all walks of life; colour, creed and race; inclinations and passions, to come together for the next century and beyond.”

PUBLIC TO STAR IN MUSIC VIDEO, VOTE ON SONG TITLE 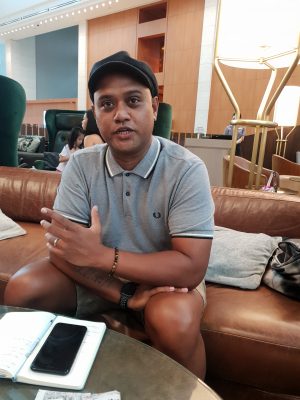 One unique aspect of Untitled that will resonate among Singaporeans is the option to decide on the song’s title, as well as be part of the official music video which is expected to be launched in the first week of August 2019.

Interested members of the public are encouraged to view the song via YouTube or Facebook (@Untitled.OneVoiceProject), and send in their suggested song titles that they deem are most suitable in either the comments section or via direct message.

The top few entries will be shortlisted by Wayne and a panel of judges from the One Voice Project and shared on the Facebook page. The final and official song title will then be determined by public vote from 18 July 2019.

The team is also calling on Singaporeans to submit short videos of no more than 30 seconds of themselves singing excerpts of the song, which will then be compiled into a montage video and released as the Official Music Video in August 2019.

“Most times, Singaporeans do not really get a chance to be part of locally-released songs, but we wanted the project to be one which anyone could get involved. Just like the lyrics in the chorus: “we are one”, we hope that this can be as much an independent endeavor as it is a song for everyone, by everyone.  We are opening up both the song’s title as well as the music video to be decided by the public”, said Alvin Yeo, Co-Founder of the One Voice Project.

“In this way, everyone can lend their voice and be part of the song and our celebrations.”

Singaporeans interested in being part of the official music video have till 17 July 2019 to submit their 30second videos via[email protected].

Please refer to the following for details on Untitled: