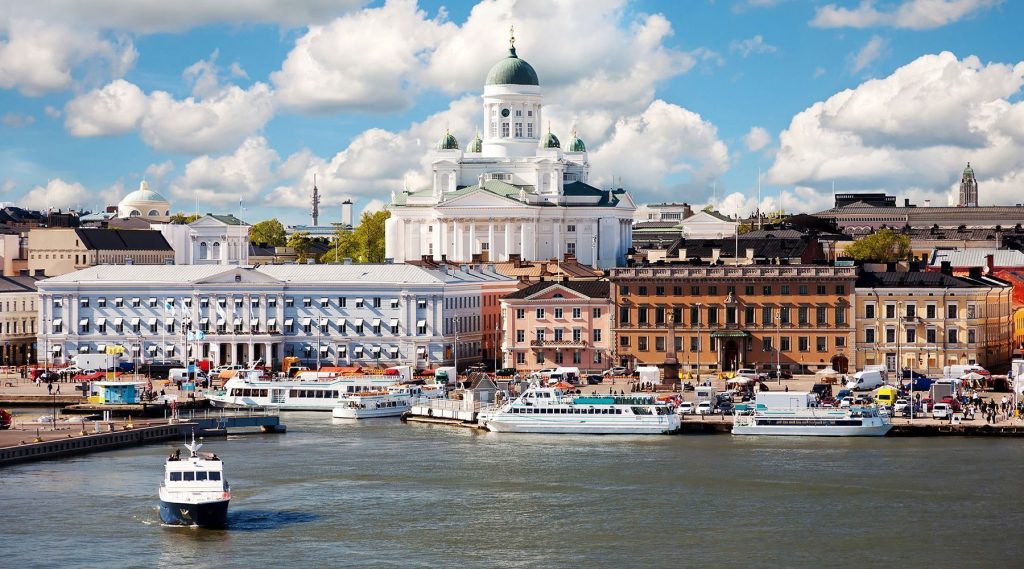 Helsinki is the hidden gem of Northern Europe and the fastest route between Asia and Europe. The Finnish capital is a year-round city of events and an inspiring design destination that promises even more in 2018.

Helsinki is attracting more visitors than ever before. The city challenges the established tourist attractions in Europe by offering visitors new kinds of experiences. The fastest flight route between Asia and Europe is through Helsinki, with the national airline Finnair offering over 250 direct flights a month between Asian cities and the Finnish capital.

In 2017 the number of overnight stays in Helsinki by visitors from Singapore increased by 42 per cent, from China by 31 per cent and from Japan by 15 per cent.

“Helsinki is an urban, trendy and cultural city that is very close to nature. Visitors can find everything from design to delicious restaurant experiences and museums to outdoor activities. Getting around time is really easy, so you don’t waste any time sitting in traffic jams, and you can get by with English everywhere,” said Laura Aalto, CEO of Helsinki Marketing.

The already generous selection of over 60 hotels in Helsinki will be further expanded this spring when the five-star St. George opens in a historic building in the city centre. The exclusive new hotel combines wellness, cuisine and art to create a complete experience for guests.

Exciting city of the arts

Helsinki also has many great museums right in the city centre, including four leading art museums within a one-kilometre radius. These will be joined in August 2018 by the brand-new Amos Rex, an innovative art museum that has been built below ground and has already attracted a lot of international attention. The opening exhibition will present the Tokyo-based teamLab art collective.

Helsinki is also known as the hometown of Tove Jansson, creator of the Moomins. Numerous Moomin cafés and shops can be found in the city. Visitors can learn more about Tove Jansson’s career as an artist at the Helsinki Art Museum HAM.

Design and architecture are at the very core of Helsinki’s identity. The city features layers of architecture, from Empire-style to Art Nouveau and Functionalist to Modernist. Designs by legendary Finnish architect Alvar Aalto can be seen throughout the city, and his home and studio are also open to visitors.

In addition to functional urban planning, Helsinki is also home to many internationally-recognised design brands. Visitors will find the flagship stores of design icons such as Artek, Iittala and Marimekko, as well as many smaller boutiques selling the latest creations of successful young fashion designers.

Marimekko recently launched a new special edition together with UNIQLO, and its original textile printing factory and outlet can be reached within just 15 minutes from the city centre by metro.

Design District Helsinki brings together the city’s creative enterprises, encompassing boutiques, galleries and showrooms all within the same neighbourhood. It is also home to the Design Museum and Museum of Finnish Architecture. Helsinki Design Week in turn is the biggest design event in the Nordic region and takes place each year in September.

Helsinki is a city of contrasts that combines urban culture with pure nature. From any hotel in Helsinki guests can walk to the seashore or a green park in just minutes. Unforgettable outdoor destinations include the many islands in the archipelago, which are perfect for daytrips. The city is literally surrounded by pure nature, offering visitors lots of opportunities to enjoy the outdoors, for example by picking blueberries in the forests in July and August.

The spirit of Helsinki also includes Finnish sauna culture, which visitors can experience in their hotel saunas or any of the public saunas. For example, both the Löyly design sauna and Allas Sea Pool offer the chance to cool off in sea water after a hot sauna session.

Oodi – the new Central Library and a masterpiece of modern architecture

The new Helsinki Central Library Oodi designed by ALA Architects will open in the heart of the city in December 2018. State-of-the-art libraries like Oodi are not only a key element in the international renowned Finnish education system but also design attractions in themselves. Oodi showcases Finnish wooden construction expertise and sets an example for the libraries of the future. CNN has referred to Oodi as one of the most anticipated buildings of 2018.

Helsinki is a pioneer in digital services for visitors

Helsinki aims to be the world’s most functional city, in part by developing digital services for visitors that will help it stand out from the competition. The MyHelsinki.fi website that was launched last summer is based entirely on the recommendations of locals. The website serves both locals and visitors in six different languages.

“Helsinki stands for the good life. Helsinki wants to be the most functional city in the world, and a place that attracts people and companies that work towards a better world. In order to achieve this goal, we are continuously developing new digital services,” Aalto said.

Helsinki has been working in close collaboration with Chinese internet service giant Tencent to create the Helsinki Mini Program, which was launched in February and is now available to almost one billion WeChat users on their mobile devices. The Helsinki Mini Program has been designed to provide comprehensive and up-to-date information about Helsinki to Chinese visitors.