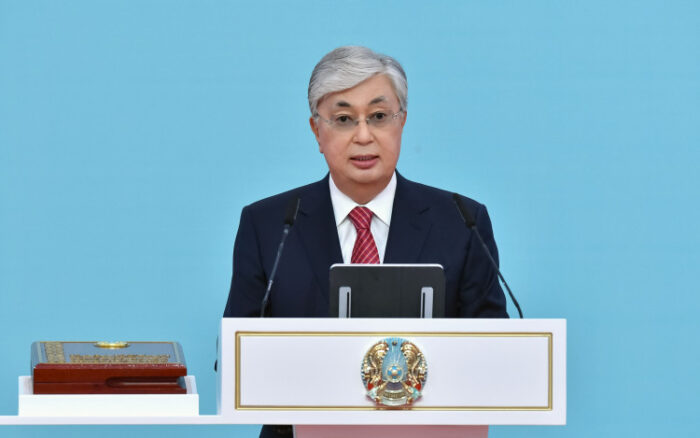 He will serve a single seven-year term, according to changes in the country’s constitution that increased the mandate from five to seven years while limiting future presidents to one term in office.

The outcome gives the 69-year-old a new mandate to pursue his promised domestic reform programme, deepen relations with the West to realign Astana’s multi-vector foreign policy in the current geopolitical situation and pursue economic diversification and new export routes as Russia’s war against Ukraine continues to de-stabilise trade and energy exports.

The president has promised wide-ranging political and social changes to gradually develop a democratic system and allow citizens to benefit more from Kazakhstan’s wealth.

The election result was not surprising. The other five presidential candidates were little known to the public and only garnered support in single digits.

During his inauguration at the Palace of Independence in Astana on November 26, Mr Tokayev emphasised that he will implement all the initiated reforms aimed to renew the branches of government and build a Just Kazakhstan with truly democratic institutions.

“Kazakhstan has been entering a new era of its development. The large-scale reforms serve as a basis for fundamental changes. Constitutional reform has been implemented. All spheres of state affairs have been comprehensively updated,” said Mr Tokayev in his inauguration speech.

The next common goal, according to the President, is to build a Just and Fair Kazakhstan “where the rule of law prevails, the order is upheld, and citizens’ rights are properly recognised.”

The presidential election opened a new political season and a radical renovation of all branches of power is set to take place.

“We have a lot of work to do to transform society and turn Kazakhstan into a developed country with truly democratic institutions,” said the President. 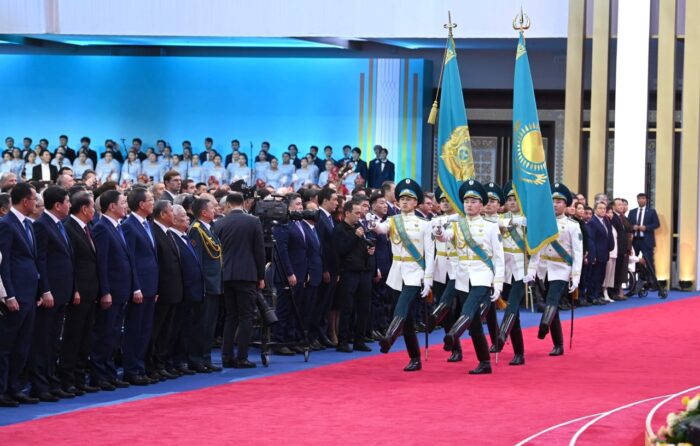 Mr Tokayev promised that the state policy going forward would cover all spheres of life from education to industrialisation.

“The basis of our country’s long-term economic growth will be new technologies, high labor productivity, and the creative initiative of citizens,” he said.

“In a Just Kazakhstan, a person of labour should enjoy special honour. It is very important to raise the status of teachers, doctors, law enforcement officers, lifeguards, workers and peasants even higher. They must become the most respected citizens of the country,” he said.

“I consider the results of the election as support for my political platform and a mandate of trust for the implementation of plans for the coming period. It is a great honour and a tremendous responsibility to lead the country with the support of the people.”

Indeed, the presidential election was conducted in a fair and open manner, and set a new standard of openness and transparency of the electoral process in Kazakhstan.

It took place against the backdrop of a dramatically changing international security environment. Russia’s war against Ukraine has shocked the Kazakhstani public, sparking intense security concerns that have been unparalleled in the past 30 years.

Preserving peace and security was one of the main drivers for the voters in this election.

The situation in Kazakhstan itself has also changed after the deadly violence in January this year. The intense power struggle claimed the lives 238 people.

Both national security and Mr Tokayev’s presidency were threatened by powerful rivals from the inner circle of former leader Nursultan Nazarbayev, who Mr Tokayev succeeded as president in 2019.

Since then, the administration has seized illgotten assets from Mr Nazarbaye’s allies and family members. 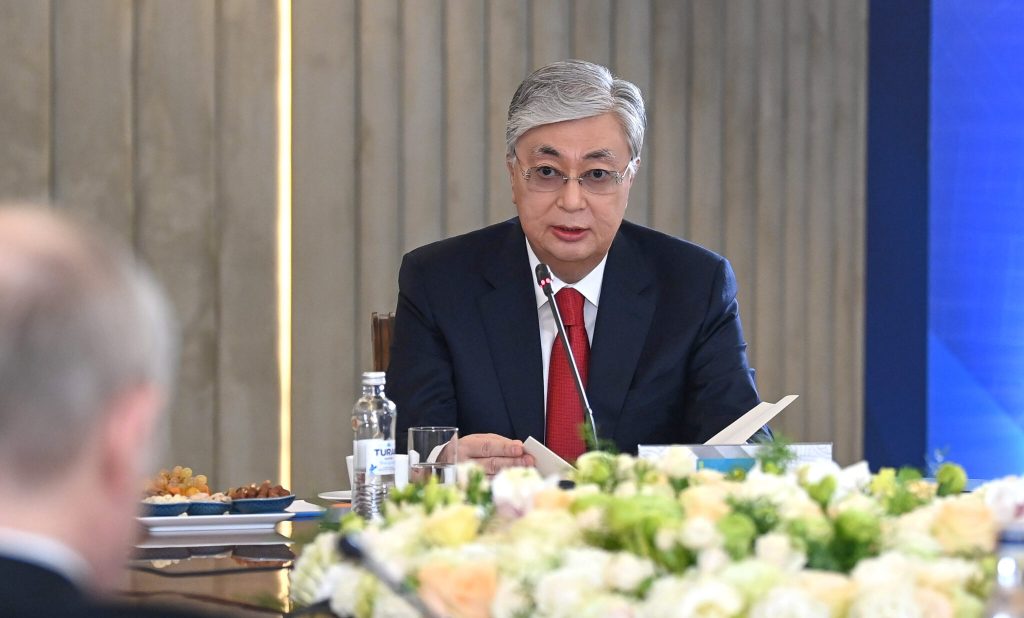 Mr Tokayev also initiated constitutional reforms — transferring some powers from the president to the parliament, loosening requirements for the registration of political parties, establishing a Constitutional Court, banning family members of the president from serving in government and introducing a one-term limit on the presidency, which sharply contrasts with neighbouring countries where presidents seek to serve for decades.

A referendum in June 2022 approved changes to 33 articles of the Constitution, which represents about one-third of all constitutional provisions. Together they contribute to a more balanced distribution of power and improved responsiveness to Kazakhstani citizens.

After winning the election on Nov 21, Mr Tokayev affirmed his commitment to building mutually beneficial international cooperation, including the attraction of foreign direct investment.

He also confirmed his will to continue multifaceted cooperation with the United States, the European Union, countries in Asia, the Middle East and Transcaucasia, as well as Kazakhstan’s commitment to follow international law and the United Nations Charter. 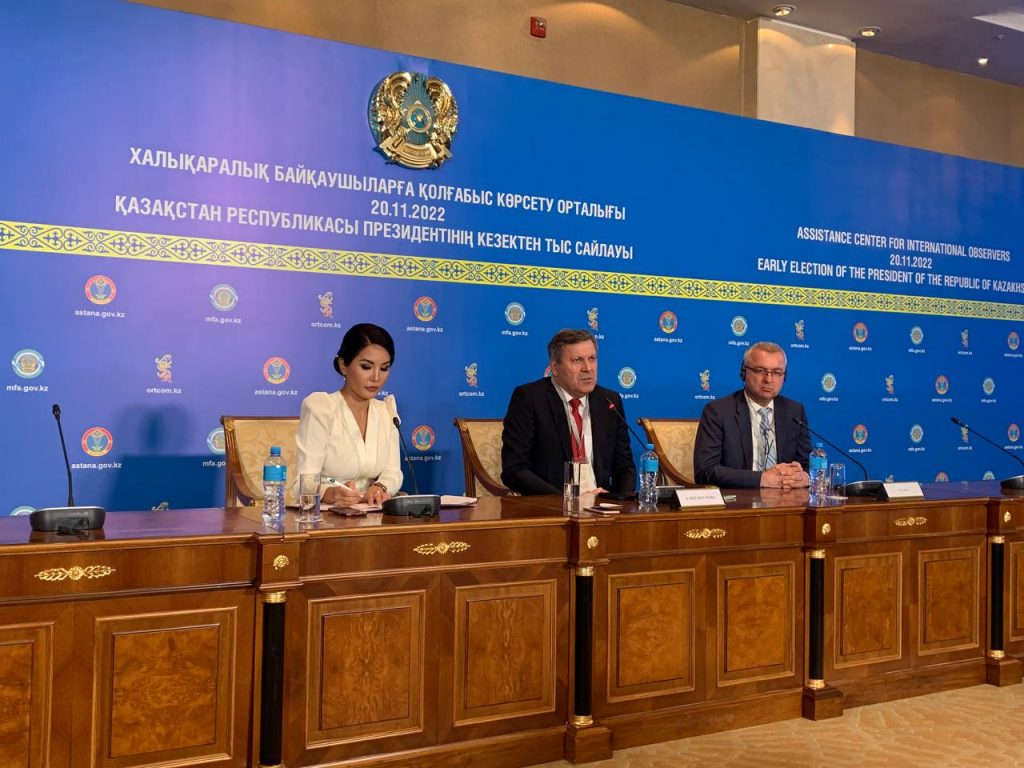 The provision for unrestricted business opportunities and building partnerships between the state and businesses has also been cited by Mr Tokayev as a top priority. He emphasized the importance of the rule of law in doing this.

“Building a fair market economy, protecting private property, developing competition, and rooting out corruption is impossible without a true rule of law. Therefore, equality of all before the law is a key condition for the long-term progress of our state,” said Mr Tokayev.

Mr Tokayev chose the democratic way because he wanted to avoid the “monopolization of power,” which is a natural product of the “super-presidential” model that had existed in Kazakhstan before.

“A strong president, an influential parliament, and an influential government” – such is the formula for success suggested by Tokayev. And the people supported this formula wholeheartedly.