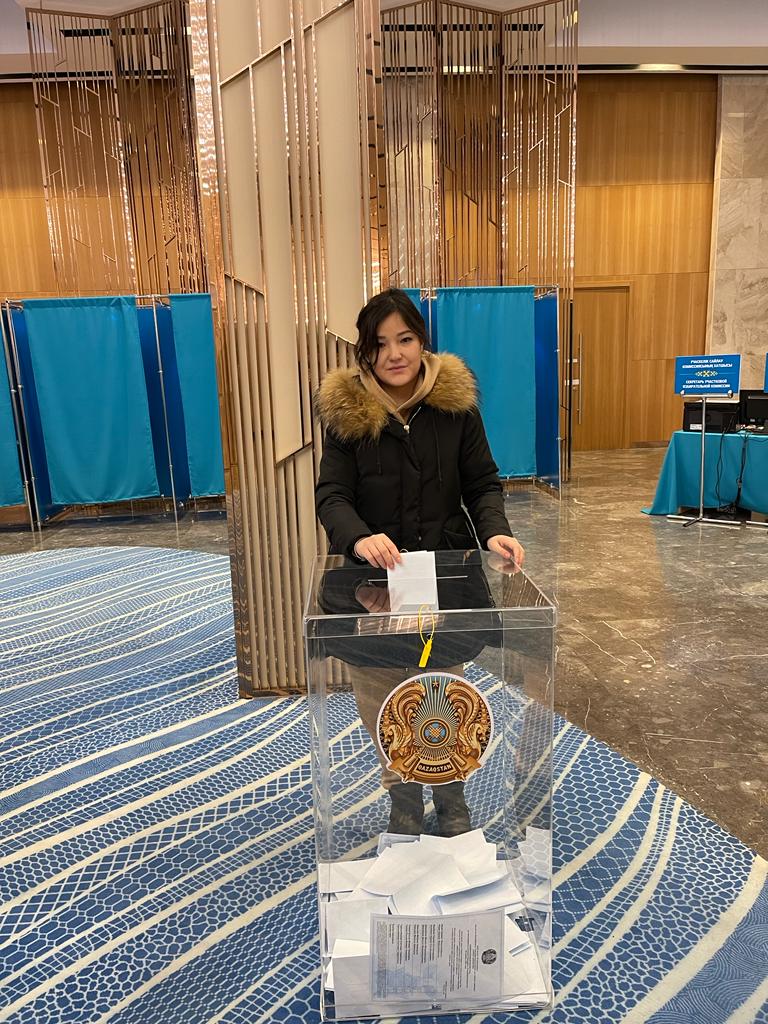 On a cold, wintry day in Kazakhstan, nearly 11 million citizens across the country headed to the polling stations on November 20 to vote for their next President.

I was one of the 641 international observers who watched the proceedings.

I drove to School No. 93 on Zumeken Nazhimedenov Street in Astana at 11am to see first hand the voter turnout. Voting all across the country began at 7am.

Since it was a Sunday and about -10 degree Celsius in the capital, the citizens were naturally slow to get out of their beds and make it to the polling station No. 307.

Out of the 2,246 registered voters, 354 had voted by 11am. Polling officer Kurmanbayeva Mavletovna told me that most voters were expected to troop in later in the afternoon and evening.

The whole voting process was a smooth affair. The voters went about their business of choosing the candidates in orderly fashion, while six observers watched the proceedings. All of them told me that they were happy with the way the election was being conducted.

There are 11,950,485 eligible voters in Kazakhstan. They could vote at 10,101 polling stations. Citizens travelling or residing abroad could also cast their votes in 53 countries. 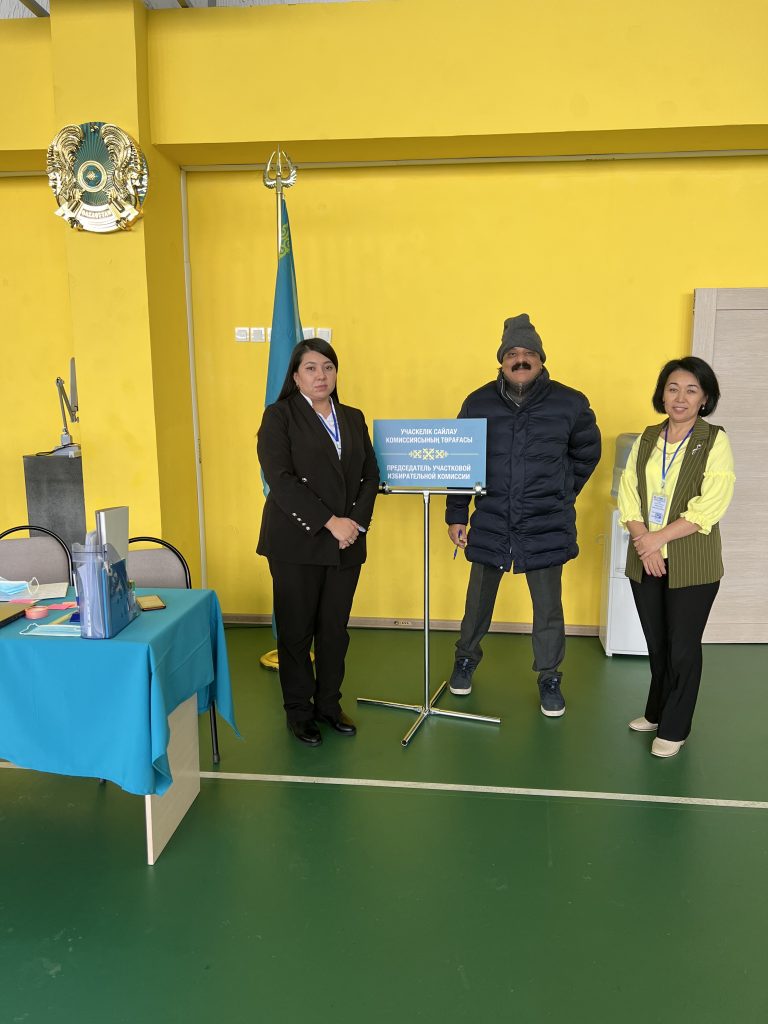 With Polling Officer Kurmanbayeva Mavletovna (right) at the School No. 93 polling station on Zumeken Nazhimedenov Street in Astana.

The Sunday election came after bloody unrest shook the country in January. President Kassym-Jomart Tokayev has since indicated his keenness to reform the political process, with more opportunities given for citizens to express their views and have a say in governance.

The 69-year-old, a former foreign minister and deputy secretary-general of the United Nations, has overseen constitutional reforms which limit his own rule to two terms.

He has also promised to reduce income inequality by rooting out corruption and redistributing wealth more fairly.

He said recently that he would continue “resetting” the political system by calling an early parliamentary election next year.

Key in this election is the new initiative that the Presidential mandate will only be for seven years from now on and a candidate can be President for only one term. This means that Mr Kokayev could stay in office until 2029 if he wins Sunday’s election.

The campaign period lasted till November 18, with November 19 the day of silence when campaigning is banned by law.

The country’s Central Election Commission has accredited 641 international observers for the Presidential election. Of them, 532 are from 10 international organizations, including the CIS (Commonwealth of Independent Staes) observer mission, the CIS Interparliamentary Assembly, the OSCE/ODIHR (Organisation for Security and Cooperation in Europe Office for Democratic Institutions and Human Rights) observation mission, the Parliamentary Assembly of Turkic Speaking Countries, the Conference on Interaction and Confidence Building Measures in Asia (CICA), the International Turkic Academy and the Organization of Islamic Cooperation.

Hundred and nine observers are from 35 foreign countries, including Latvia, Serbia, Uzbekistan, the United Kingdom, Iran, Finland and Russia. 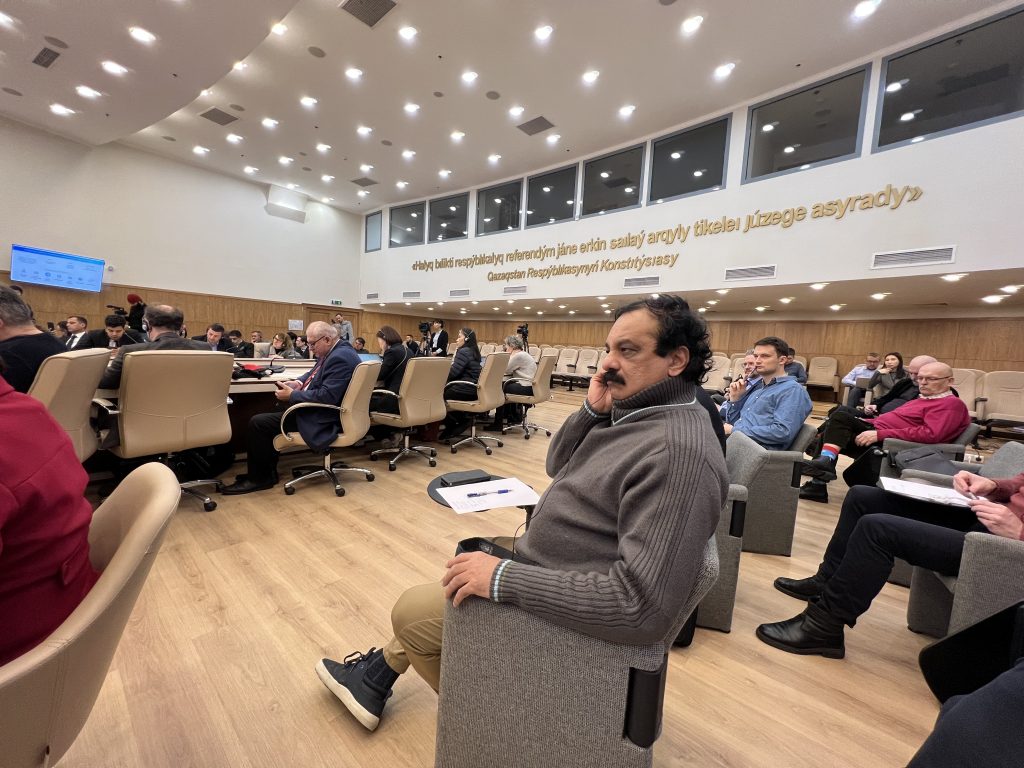 On November 19, a press briefing was held at the Central Election Commission for the members of the foreign media.

The briefing, jointly organised with the Ministry of Foreign Affairs, was attended by 46 journalists from 37 countries, including from Central Asia, Europe, North America, North Africa and Asia.

It started with Secretary of the CEC Mukhtar Yerman (below) explaining the main stages of the electoral campaign, the number of voters and polling stations in the country, international observers accredited to the elections, peculiarities of voting at polling stations and electoral education.

Deputy Chairman of the Central Election Commission Konstantin Petrov spoke extensively on the provisions of Kazakhstan’s Constitutional Act which regulate the activities of foreign media representatives at polling stations on voting day.

The foreign media then asked members of the Central Election Commission about the organisation and conduct of the election, in particular on the procedure for conducting public opinion polls and declaration of the results.

At the end, members of the Central Election Commission stressed that they will ensure maximum openness, transparency and democratic voting procedures.

At a press briefing on Nov 20, the Central Election Commission (CEC) announced that 69.43 per cent of Kazakhstan’s eligible voters participated in the country’s presidential election.

Polling stations closed throughout the country at 8pm local Astana time. In the country’s five regions – Aktobe, Atyrau, West Kazakhstan, Kyzylorda and Mangystau – the voting was completed at 9pm Astana time due to the time zone difference. 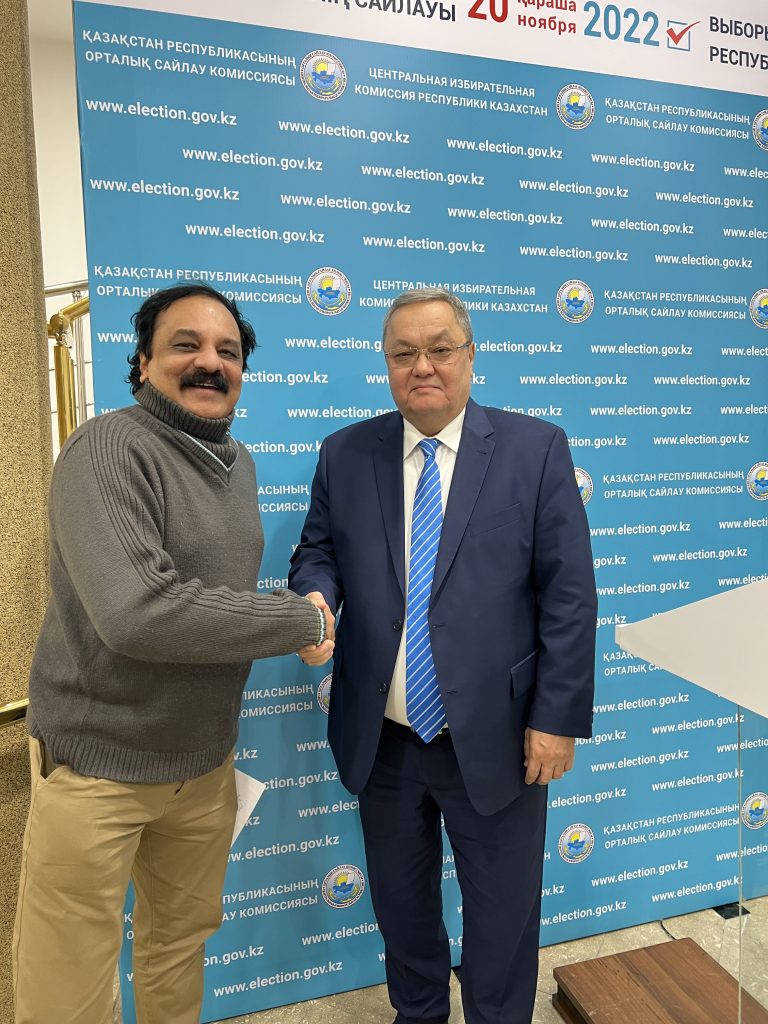 With Secretary of the CEC Mukhtar Yerman.

The highest voter turnout was in the Zhetisu Region, 81.42 per cent, while the lowest was in the city of Almaty, 28.72 per cent. Almaty, a former capital and major business and financial centre, showed low turnout at the 2019 presidential election as well.

On November 20, three public institutions will conduct an exit poll, according to the CEC. These are the Amanat Party Public Policy Institute, Institute of Complex Social Research and Open Society International Institute for Regional Studies.

The results of the election is expected to be announced on November 22.