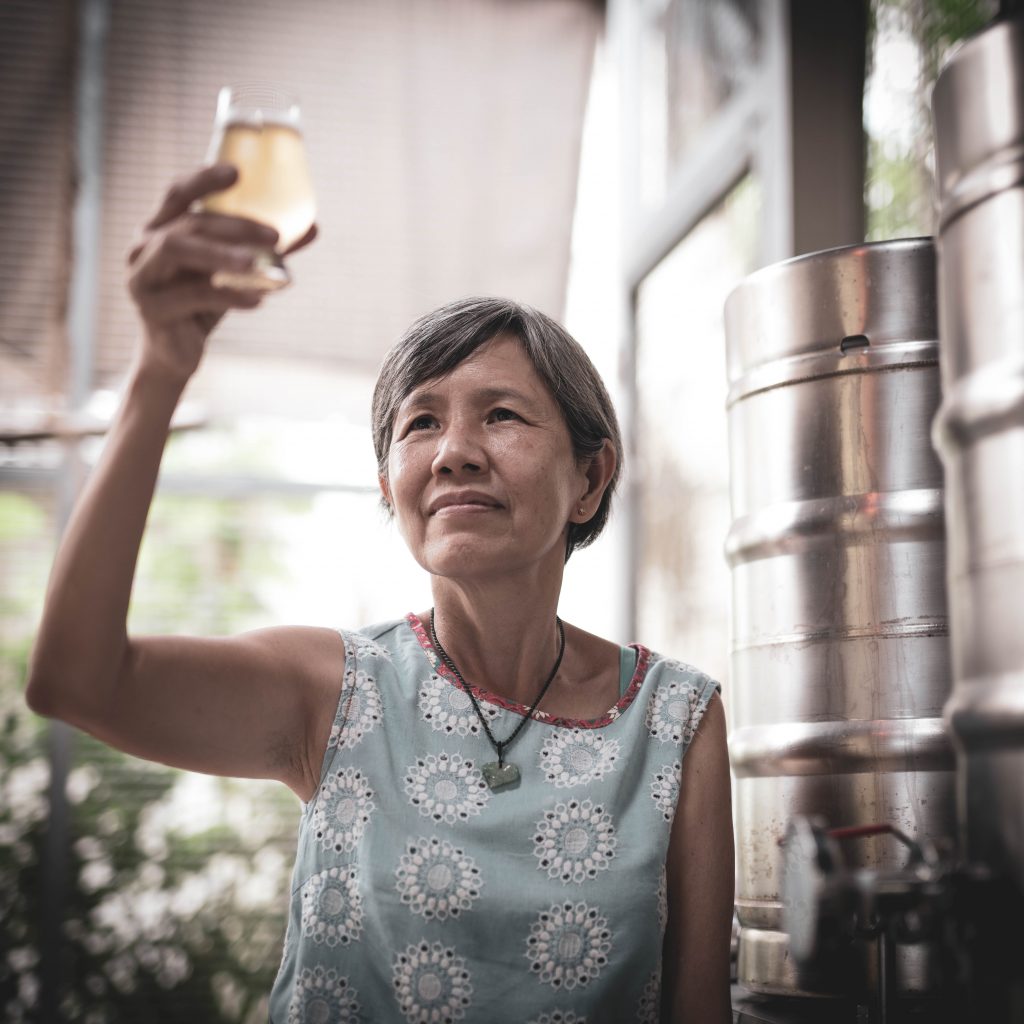 Singapore craft beer company Specific Gravity Beverage Co (SGBC) has won four major accolades and a best in category trophy at the Australian International Beer Awards (AIBA) – the largest beer competition for both draught and packaged beer in the world.

Held annually by The Royal Agricultural Society of Victoria, the AIBA attracts around 2,600 entries from more than 400 breweries in 26 countries.

SGBC – started in December 2020 by Singapore craft beer industry veterans Devin Otto Kimble and Kim Wong (above)  – triumphed against stiff competition from around the globe to win:
*Gold medal and trophy for Best Design – Outer Packaging for its Classic IPA, Craft Lager, and Wheat Beer 4 Packs
*Bronze medal for Best Design – Label/Surface Design
*Bronze for its Classic IPA in the category of British Style (Best Traditional IPABronze for its Wheat Beer in the category of German Style Hefe (Best Wheat Beer).

“We are thrilled to have been recognised by such a prominent organisation,” said SGBC co-founder and managing director Devin, a long-time craft beer champion and microbrewing pioneer in Asia. “It really makes it worth all the hard work put in by our team to produce accessible, world-class craft beer from our home in Singapore.” 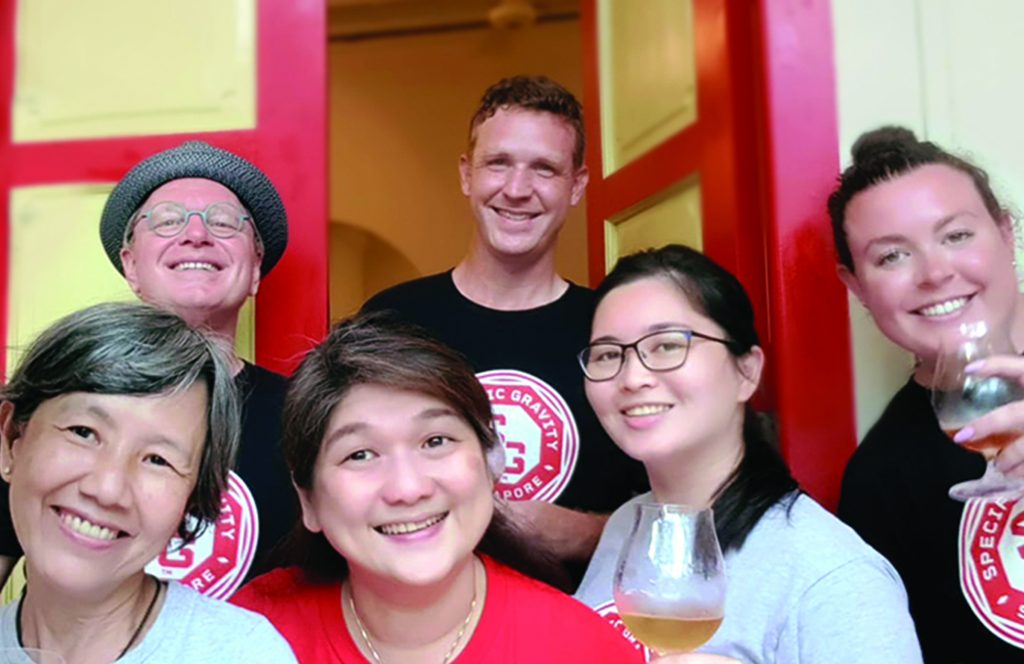 SGBC began when Devin and Master Brewer Wong teamed up to produce high quality ales that were affordable, unpretentious and highly accessible. Since then, they have launched four well-received offerings – a Classic IPA, Craft Lager, a German-style Wheat Beer and a Golden Ale.

Retailing from just $5.50, the beers have been priced well under craft beer offerings on the market in order to make them highly accessible – even though SGBC produces to an international standard. 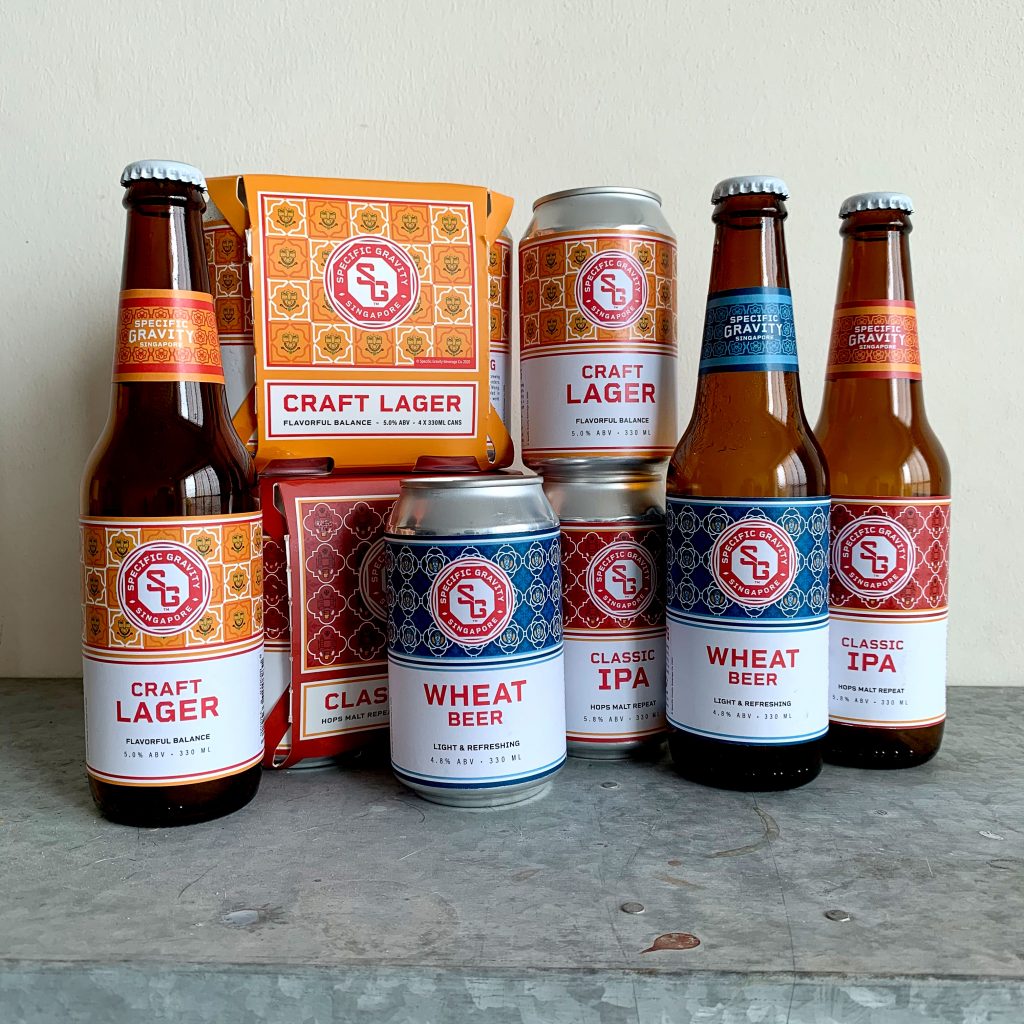 “Our beers are made with the finest malts, real hops and live yeast,” said Wong. “These are beers that are a bit bolder, a bit different, a bit more special … but they are also beers your uncle (or auntie), old national service buddy and boss will enjoy.”

“SGBC’s award-winning Wheat Beer was inspired by traditional German brewing techniques and features aromas of clove and banana, a full-flavored soft body, and a smooth finish that lets the ingredients shine brighter than the Singapore sun,” she added.

The craft beer company’s IPA, a bronze medallist, is no less special. “For our IPA, we wanted to set the new standard for what a great IPA should be,” said Wong. “Artfully hopped without being too bitter and featuring a lighter yet assertive malt profile to create a delicate balance of hops and approachable mouthfeel.”

Michael Montisano, who is Head of Marketing and Graphic Design at SGBC, created a packaging look that uses beer iconography layered into Peranakan motifs that connect craft brewed offerings with Singapore and its rich history. “For this reason, we really focused on packaging design, making sure that it reflects our motto, ‘for Singapore by SG’,” he said.

SGBC’s road to international acclaim and success has not been an easy one, with the pandemic playing a major part in changing the company’s early direction. “Covid fundamentally altered our path to market and meant that off-trade purchases became the primary channel for craft beer sales,” said Montisano. 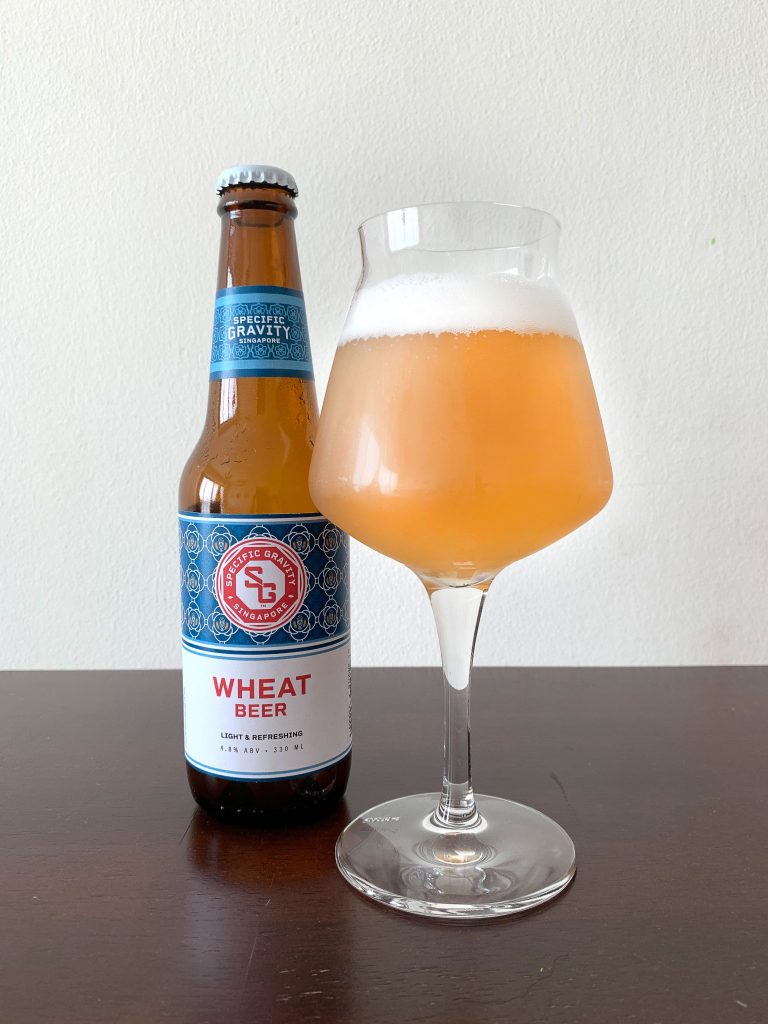 In addition to SGBC’s year-round brands, seasonal offerings are released as a wide range and variety of beer styles and unique ingredients that are available to dedicated craft beer drinkers. These include ales on cask served with a traditional hand-pump, German favourites like Maibock and Marzen (for Oktoberfest) and the always popular holiday beers with an array of unique flavourings.

Kazakhstan and 30 years of independence 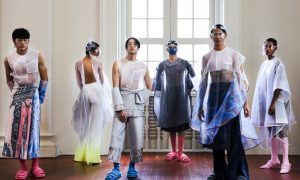