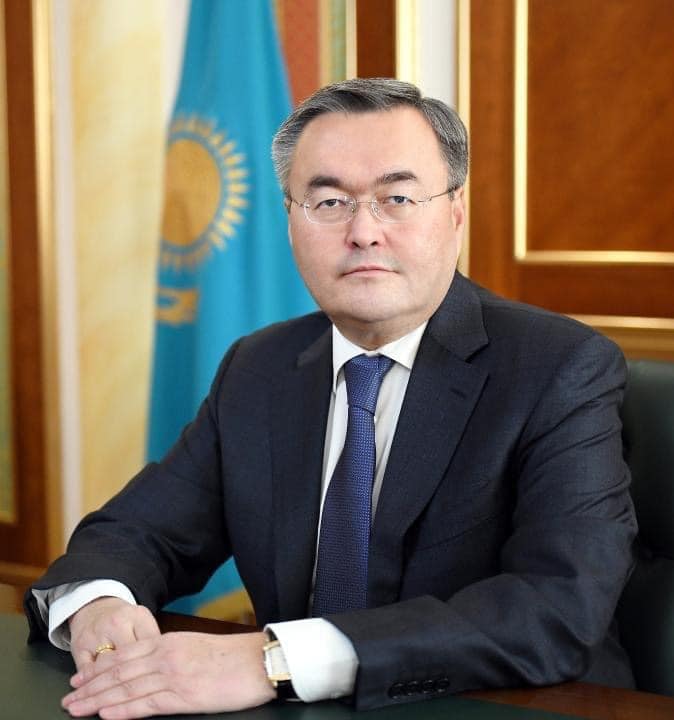 The COVID-19 pandemic has caused a major stress test of state systems world over: a health emergency and severe economic challenges for the entire world.

Some argue that a decay of democratic values has also been an unwelcome consequence of the coronavirus crisis. Even in advanced democracies around the world, there were confrontations between the public and the authorities, occasional police violence against protesters and what some call restrictions on free speech. Regrettably, there are worrying signs that the pandemic will leave in its wake declining freedoms and weakened rule of law.

Kazakhstan has not chosen this path. On the contrary, the administration of President Kassym-Jomart Tokayev has made it a priority to implement reforms in the direction of political diversity, openness and increased engagement between the government and civil society. Ultimately, these reforms matter for many more than the 18 million people within Kazakhstan.

To achieve the former, the government has made it easier to form political parties, and for minority opposition parties to get into the Kazakh parliament.

The number of members required to register political parties has already been halved, while the president additionally proposed to reduce the threshold to gain seats in parliament from 7 percent to 5 per cent. Representatives of minority parties have also been given a bigger role to chair committees in parliament. The overall objective of these reforms is to establish a well-developed parliamentary and multi-party system.

To give more power to the people, the government has made it easier for the public to organise demonstrations — it is no longer necessary to ask permission. It is enough to notify local authorities of the intention to hold rallies. To promote wider representation, a 30 per cent quota has been introduced for women and under-29-year-olds in political parties’ candidate lists.

To protect human rights, the Office of the Ombudsman for Human Rights is being strengthened, and will be opening its regional offices. So far, it has successfully worked on the implementation of the National Prevention Mechanism, which engages civil society representatives in addressing allegations of mistreatment within the penitentiary system.

Kazakhstan has also joined the Second Optional Protocol of the International Covenant on Civil and Political Rights, thus joining the ranks of nations that have abolished the death penalty.

Ultimately, Kazakhstan is actively moving toward becoming a more democratic state, despite the challenges presented by the pandemic.

We believe these reforms hold regional and global significance. Located strategically between the East and the West, Kazakhstan plays a vital role in global trade, including through China’s Belt and Road Initiative.

The ninth largest country in the world by territory, Kazakhstan is also the biggest economy in Central Asia and the region’s number one trade and investment partner with Russia, China, the European Union and the United States. It is a regional economic leader with significant industrial and agricultural capacity and vast natural resources.

Politically, Kazakhstan plays a key role in ensuring regional stability, peace and prosperity. The country has extended practical support to stabilisation efforts in Afghanistan and Syria, and has combated nuclear proliferation, terrorism and drug and human trafficking.

A number of critics may not agree with this assessment. Some international non-governmental organisations and analysts have suggested that the reforms either do not go far enough or are being implemented too slowly. However, it is important to look at Kazakhstan through a historical prism and take into account the broader context.

This year Kazakhstan is marking its 30th anniversary of independence. Prior to our sovereignty, Kazakhstan was part of the Soviet Union for over 70 years and of the Russian Empire for a century and a half before that. Simply put, unlike countries in Europe and North America, Kazakhstan had no opportunity to develop democratic and human rights principles until the break-up of the Soviet Union in 1991.

As such, Kazakhstan’s reforms are significant when one takes into consideration the history of the country and the prolonged legacy of Soviet rue. It is also important to take into account our neighbours’ and regional sensitivities. Implementing major political reforms should not be rushed, especially when considering our history and current geopolitical realities. These reforms will count for nothing unless Kazakhstan can ensure internal stability and economic prosperity.

At the same time, we understand that our path toward a full democracy is not yet over. We need to further instill a culture of political debate and competition, encourage the work of local NGOs and civil society, including free media. But in the context of the increased concern over antidemocratic tendencies around the world, what matters is that Kazakhstan is truly committed to democratisation and political reforms, which means we remain a trusted partner for the United States, the European Union and the wider international community.

Mukhtar Tleuberdi is the deputy prime minister and the foreign minister of Kazakhstan.