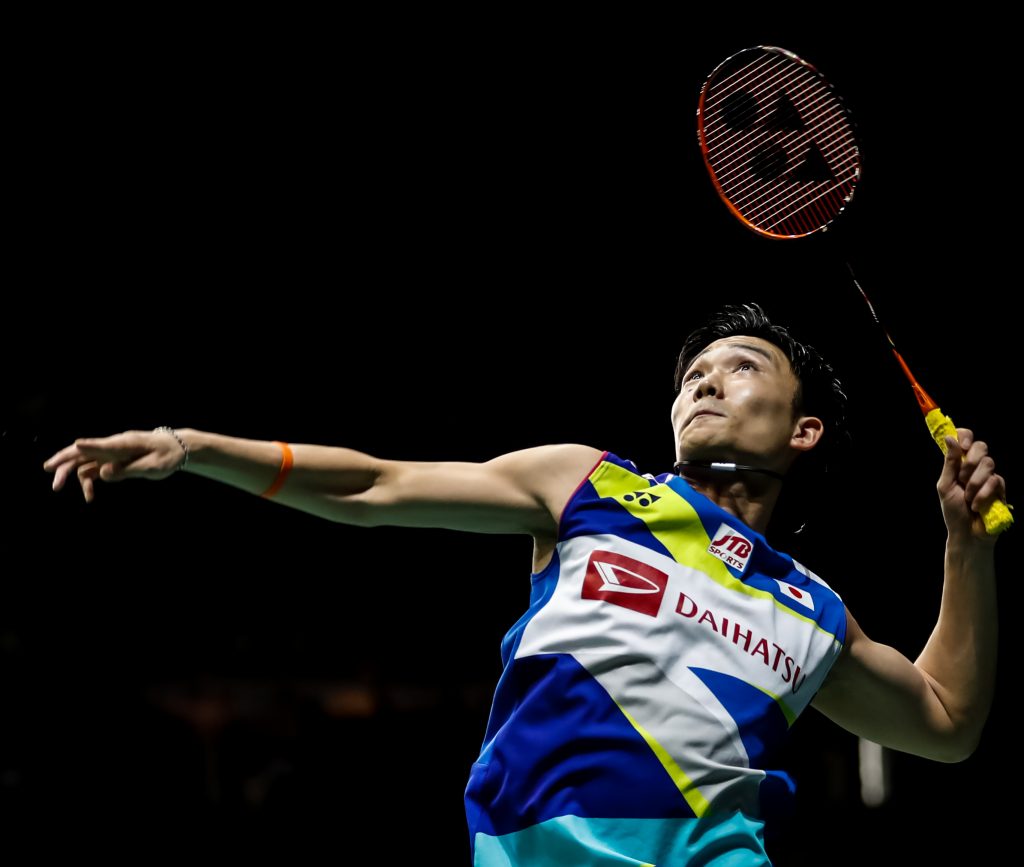 The second day of the Singapore Badminton Open saw many heavyweights march through to the last 16 including all the world No. 1s.

The pair previously met three times with Praneeth victorious in two of them. This latest victory means Momota (above) draws level in their head-to-head record.

“My opponent was constantly attacking and I became a bit nervous. Japanese teams have been winning in this tournament and so I felt a bit more pressured to perform. There were good and bad times in the game. There was a point where I really thought that I was not going to win,” said Momota.

“I feel that I did not perform my best today as I was not feeling well since yesterday, but I tried my best. I’m feeling very grateful to my supporters, who were cheering me on. There were many spectators today, which is unbelievable,” said Tai.

Mixed doubles world No. 1s Zheng Siwei and Huang Yaqiong initially had a close shave, narrowly taking the first game 21-18, but eventually they proved their mettle, brushing off Japanese pair Takuro Hoki and Wakana Nagahara 21-9 in the second game.

Defending Singapore Open champion Chou Tien Chen (TPE) got off to a great start by beating Thailand’s Tanongsak Saensomboonsuk 21-18, 21-16. He will continue his title defence against Danish star Jan O Jorgensen in the next round.

“I previously faced her in the Canada Open and only won after three games, so I continued to
train hard because I know my opponent has fantastic ability,” said Li, who did not take her opponent lightly even though she has beaten her on three previous occasions.

The biggest disappointment of the day came when the much-anticipated battle between Super Dan and the Great Dane ended prematurely. An angry 4,000-strong crowd booed Lin Dan (CHN) when he retired from the match due to “spasm on his left thigh muscle” when the score read 20-13 in the first
game. 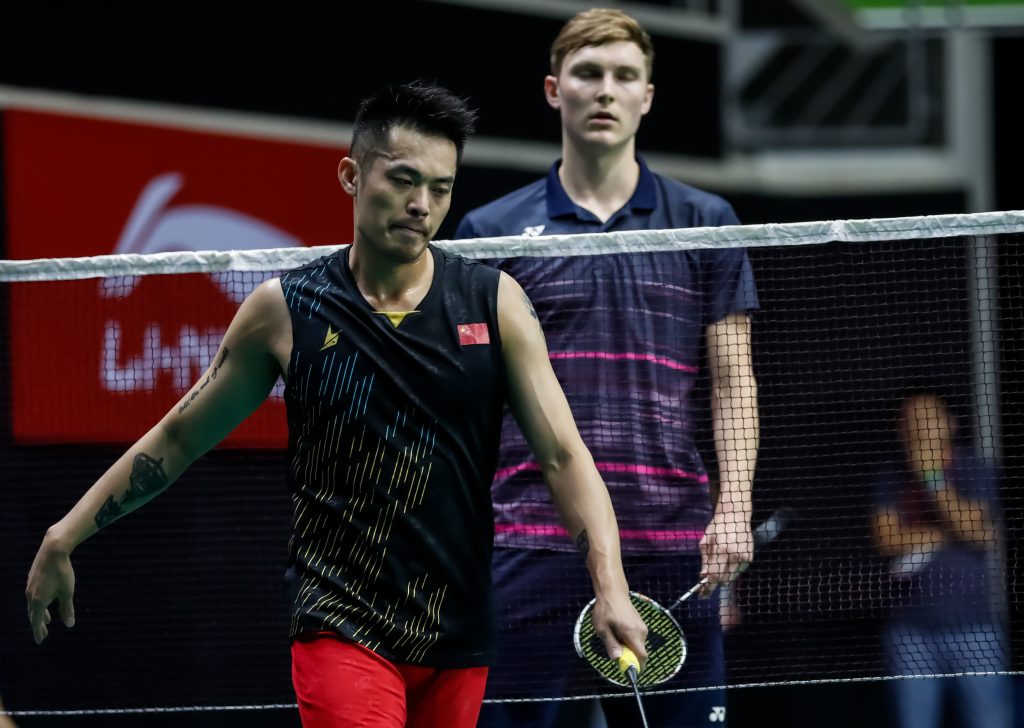 Viktor Axelson (DEN) advances to the next round as a result and will next face Kantaphon Wangcharoen (THA).

“I used up a considerable amount of stamina due to the Malaysia Open last week. I felt that I had to be prudent as the Sudirman Cup and the Olympics qualifying are coming up and I didn’t want to risk any serious injury,” said Lin (above, left).

Local shuttlers
Home fans will have more to cheer as local shuttlers continue to progress. Grace Chua came out on top in her match against Disha Gupta (USA), winning 21-19, 21-10.

Chua (above) said: “I feel I did okay, but I was a little nervous in the first game and made many little mistakes. I grew in confidence as the match went on and got the feel of it eventually. This is the first time I made it to the second round, so it definitely gives me more confidence.”

Singapore’s top women’s singles shuttler Yeo Jia Min also suffered an early exit after being defeated 21-18, 17-21, 21-15 by Ruselli Hartawan (IND). This was the third time the pair were meeting this year with Yeo only managing to win once.

Danny Bawa Chrisnanta and Loh Kean Hean kept their nerves to upset world no.36 Manu Attri and B. Sumeeth Reddy from India 21-13, 21-17.

“I feel that our opponents gave us a very tough fight. I have played against them before but with a different doubles pairing, and this is my first time winning against them. From my previous matches with them, I learnt some of their weaknesses and tactics to have an upper hand this time,” said Loh.

The Singaporean mixed doubles teams saw little joy as Andy Kwek and Citra Putri Sari Dewi bowed out of the tournament after losing 17-21, 21-14, 21-12 to Kohei Gondo and Ayane Kurihara from Japan.