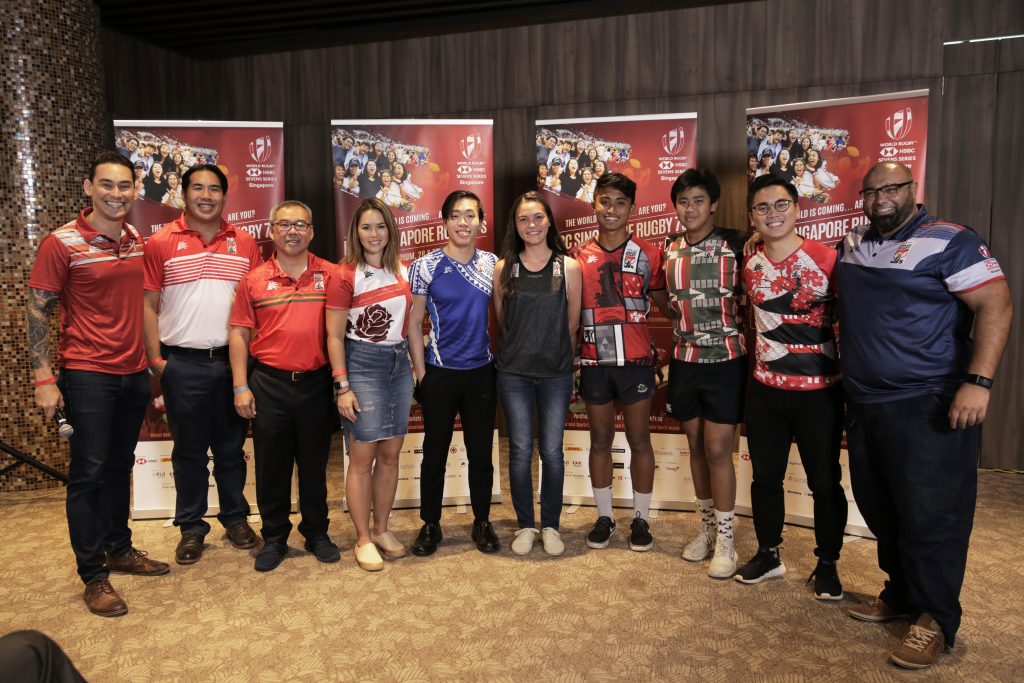 The deal encompasses match officials from the Singapore Society of Rugby Union Referees and will see referees in the kit  at all domestic games. Headhunter will also supply official apparel and fan wear at the HSBC Singapore Rugby Sevens, which will take place on 28-29 April at the Singapore National Stadium.

Jonathan Leow, Co-Chairman Marketing Commission, Singapore Rugby Union said: “We are delighted to have Headhunter Sport on board as the Singapore Rugby Union’s official apparel partner. The Singapore Rugby Union is committed to growing the sport from grassroots level all the way to the national teams, and we require help from those in the community that has real insight and knowledge of
Singapore rugby and what is required to implement our development plans. Headhunter Sport is a south-east Asian brand and a high-quality supplier of rugby kit with a proven track record of creating products that optimises performance. We look forward to working with Yusuf to grow not only his brand but also rugby in the region.”

Yusuf Flynn, Founder  and CEO of Headhunter Sport, said: “We are absolutely thrilled to be appointed official apparel partner of the Singapore Rugby Union. Headhunter Sport was launched in 2015 and we have enjoyed engagement with customers in Singapore through online sales. This partnership is a huge step forward for us in terms of showcasing our commitment to help the Singapore Rugby Union and others in the community to grow the popularity and interest levels of the sport. We hope our passion will inspire everyone in Singapore to embrace the sport more than ever before.”

With only a fewweeks left for the start of the third edition of the HSBC Singapore Rugby Sevens, promotion for the event is well underway. The world’s top 16 teams will descend on the Lion City to play 45 fast-and- furious games as they battle for the honour of winning a leg of the HSBC World Rugby Sevens Series.

With a packed kids’ entertainment and live music programme, the tournament aims to welcome over 55,000 fans from across the globe to Rock, Ruck & Rumble at the state-of-the-art National Stadium.

The two-day fiesta will be the first time Headhunter Sport products are introduced to a global audience of this magnitude as fans revel in the biggest celebration of rugby in south-east Asia while sporting the sleek and stylish leisurewear.

David Lim, Executive Chairman and Managing Director of Rugby Singapore, said: “The HSBC Singapore Rugby Sevens is a carnival like no other, and one of the ways to get the most out of the experience is to wear something that will generate conversation and Instagrammable opportunities with other fans. We are very proud to have launched this range of classy leisurewear with Headhunter Sport that is creative and fun, but yet very affordable. For the patriotic fans who want to make it known to the world where their loyalty lie, nation-specific t-shirts and polos are also available. We are looking forward to an amazing Singapore Sevens where fans can truly express their personalities.”

Fans attending this year’s HSBC Singapore Rugby Sevens are currently enjoying special Singapore Rugby Carnival offers in the lead up to the tournament weekend. Ticket-holders can enjoy promotions at
dozens of establishments across the city with discounts and benefits in dozens of eateries, retail outlets,
entertainment hotspots,and tourist attractions until 30 April 2018.

Rugby-themed activations will make their way around Singapore at various weekends until the event to offer members of the public a taste of the sport and enjoy an array of fun activities, access-discounted tickets and redemption for existing tickets, and a chance to meet rugby legends and celebrities.

HSBC Singapore Rugby Sevens, International Sports Event of the Year at the Singapore Sports Awards in 2016, is stop 8 of the 10-leg HSBC World Rugby Sevens Series. Sixteen of the world’s top teams will be in town, including defending champions Canada, as well as the traditional powerhouses Fiji, New Zealand, South Africa and Australia.