From thumping percussion beats by renowned Argentinean troupe Fuerza Bruta, to the soothing waves of art installation Whispers, the Singapore Night Festival (SNF) returns for its 12th edition with a plethora of experiences to transform Singapore’s Bras Basah.Bugis district into an arts and cultural oasis from 23 to 31 August 2019.

Festival Director Angelita Teo said: “SNF is 12 years old and many of our festival-goers have grown along with us on our festival journey. Year on year, they have come to expect new experiences that transform the Bras Basah.Bugis district, challenging them to see these spaces in a new light. This year will be no different with stunning light art installations, performances and programmes presented by local and international artists. And in a nod to the Singapore Bicentennial, some of these will feature a Southeast Asian twist. I look forward to seeing visitors immerse themselves wholly in the festival and the experiences it has to offer.”

In alignment with the Singapore Bicentennial, this year’s festival line-up will see a curation of works with a Southeast Asian connection, casting a spotlight on folklore and traditions, as well as ideas and talents from around the region.

For instance, festival-goers will notice elements of The Ramayana, one of the two major epic poems of India, featured in various festival offerings. One such work will take over the National Museum of Singapore’s Banyan tree, with a projection by internationally renowned French group Spectaculaires titled The Legend of Ramayana, inspired by the Indian epic poem. 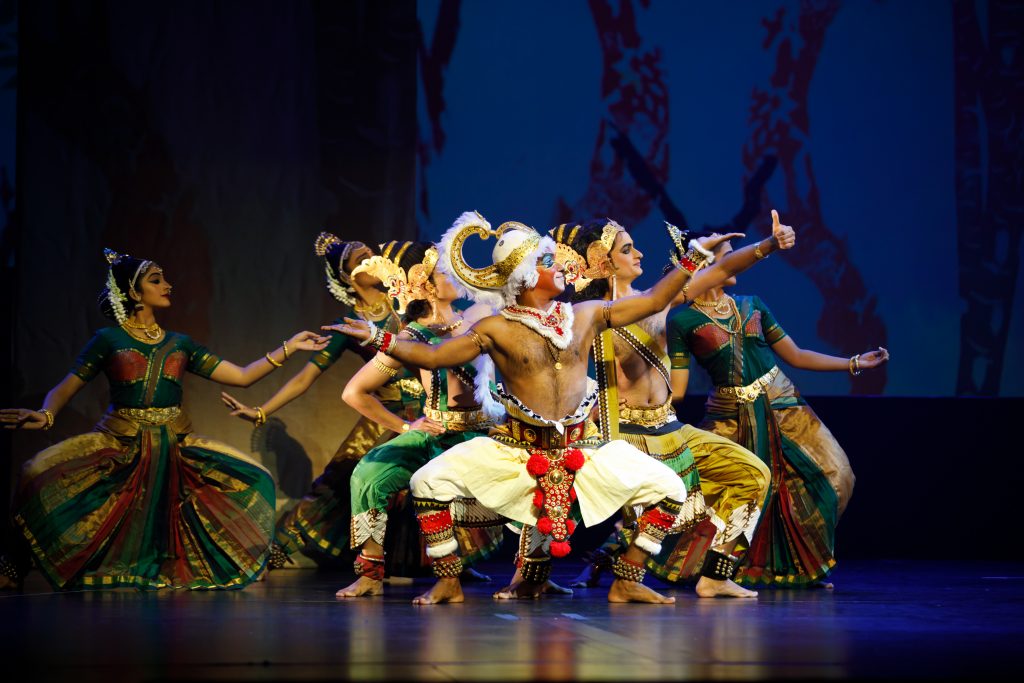 This marks the first time that the Banyan tree will see a projection work complemented by a stirring gamelan instrumental performance, which retells the story of the Ramayana in traditional Javanese tembang or poetry. The gamelan performance will be performed by local performing group Gamelan Asmaradana, from 29 to 31 August.

Another work, by internationally renowned Indian dance-theatre company Apsaras Arts, will bring to life The Ramayana story of Prince Rama rescuing his wife Sita. Set to a moving, original score and told through classical Indian and Javanese dance, Anjaneyam – Hanuman’s Ramayana is a cross-cultural production involving artistes from Singapore, India and Indonesia.

They will also present a children-friendly storytelling and dance production titled Sita’s Magical Forest, which follows Sita as she encounters the animals of the magical forest. Both performances will take place at the Festival Village at Dhoby Ghaut Green.

the Philippines’ MenAcoustic and Thailand’s The Note, as well as local musicians like MOTUS, Flame of the Forest and Neon Feast. 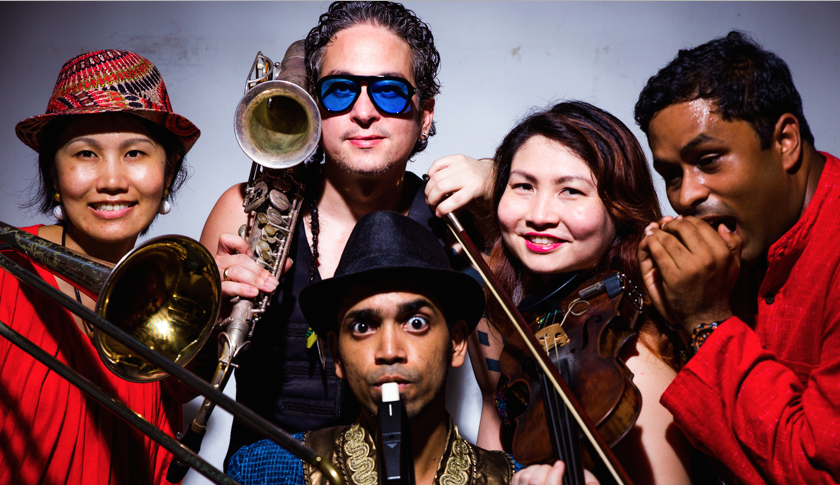 At CHIJMES, an animated projection titled Waves of Time will capture and reflect the diversity of ethnic cultures in this region. The work will be the first to be projected on CHIJMES and was created as part of a collaboration between Singapore-based animation studio Chips and Toon and Australia’s The Electric Canvas.

The Singapore Bicentennial edition of SNF will kick off with a curtain raiser, with three installations which will open to the public ahead of the festival on 8 August, at the National Museum of Singapore.

The dramatic Whispers by Canadian group Light Society is set to convert the Gallery Theatre into a hypnotic and captivating space. Encapsulating the sensation, power and sound of wind, the experiential installation draws visitors into the rise and fall of nature’s power.

In Gallery 10, Collapse! by internationally-acclaimed French filmmaker Luc Jacquet invites visitors to confront the effects of global warming through an immersive audio experience that transports one to the edge of collapsing ice glaciers in Antarctica.

Along the same theme of exploring the effects of climate change, three-part installation Intergalactic Dreams by Singaporean artist Jahan Loh captures his exploration of alternative homes in an imagined future where Earth is no longer hospitable.

Illuminating iconic facades and unexpected spaces, the annual Night Lights returns from 23 August with 17 light artworks comprising of both projections and installations, encouraging festival-goers to reimagine familiar landmarks with their artistry and interactivity.

Besides the Ramayana, Spectaculaires will also light up the iconic façade of the National Museum of Singapore with Keep Dreaming, a family-friendly showcase capturing the exploration of a whimsical wonderland.

Along Stamford Road, the Stamford Court clock tower will become the canvas for a façade projection for the first time. The Electric Canvas from Australia transforms the clock tower into a playful, welcoming work of art with their animated projection, Tropicana.

Multi-disciplinary French artist Yann Nguema returns to the Festival with an interactive large-scale projection at Armenian Church titled S.C.U.L.P.T. Blending technology, human interaction and music to bring architecture to life, festival-goers can look forward to a unique experience as they step up to manipulate the form and appearance of the church’s centuries-old chevet through the use of simple laser beams.

A new pop-up experiential dome on the Singapore Management University’s (SMU) Campus Green will see the combination of light art with performance. Titled Project:Dome, this space will showcase five brand new works by various artists – projects that had been borne out of SNF’s first Creators’ Masterclass, which was held with the aim of teaching participants the basics of creating their own projection mapping artworks.

Organised in January 2019, participants learnt about the capabilities and tools of the TouchDesigner software – an open source programme used in projection mapping – and brainstormed creative proposals for light artworks. These works were further fine-tuned and subsequently  presented as part of SNF 2019.

One of the works is OCISLY by Lawrence Loh and Sebastien Jurkowski, which is a fun, crowd-sourced digital projection that invites festival-goers to populate it with unique emoticons.

With the merging of both elements, festival-goers can look forward to Huff’s projection work, inspired by the mathematics of chaos theory, reacting to the performers’ live music within the dome – no two performances will be the same!

Over the second weekend from 29 to 31 August, festival-goers can look forward to a visual treat with more than 40 performances and roving acts across the Bras Basah.Bugis district.

Headlining the Festival’s line-up this year is Fuerza Bruta’s immersive theatre show, promising to take audiences into an uninhibited, unforgettable world that will flood the senses. 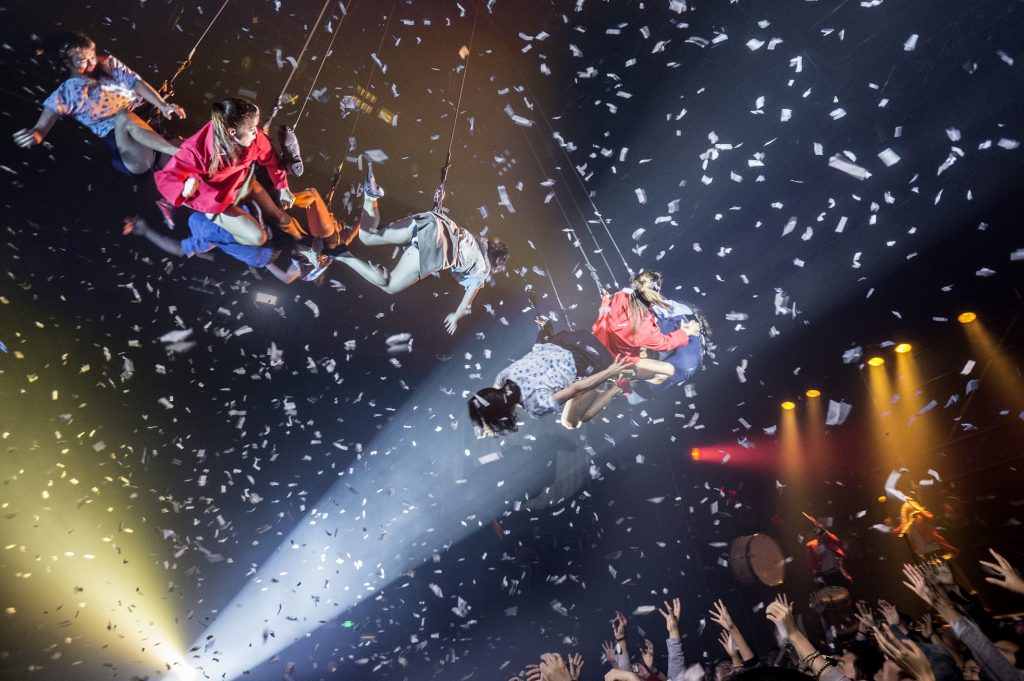 Tickets to the shows are currently available from SISTIC.

On the ground, Singapore-based theatre troupe Sweet Tooth by Cake returns to the festival to present MMO – its first roving theatrical act.

With three ethereal characters roaming the walkways along Queen Street and National Design Centre, festival-goers can look out for them as they burst into spontaneous surprising performances.

The signature Festival Village will also return on a bigger scale this year, with two villages set-up for festival-goers to gather at Dhoby Ghaut Green and the newly- pedestrianised Armenian Street Park. Keep your eyes (and ears) peeled for New Stream Brass Band, a Singapore-based New Orleans style brass band, as they take their unique sound to Armenian Street with a mix of jazz, hip-hop and traditional New Orleans brass sounds, accompanied by a zestful dance number by Singapore’s home-grown tap-dancing talent Rhythm Nation.

On the sidelines of the Festival, the Global Cultural Districts Network (GCDN) will convene in Singapore for the first time from 27 to 29 August. The international association gathers place-makers and thought leaders in culture and urban development from around the world, providing a unique platform for knowledge sharing and collaboration.

This year’s convening takes collaboration as a theme, exploring the carefully-constructed and managed partnerships that are needed to nurture and sustain arts, culture and creativity in changing urban environments.

“SNF is one of Singapore’s foremost projects in place-making through the arts and culture, and over the years, has become instrumental in bringing together the vibrant Bras Basah.Bugis community. It is an honour to have the Festival as a backdrop to this year’s convening, and I look forward to how this district can continue to grow and thrive from our learnings in the years to come,” Teo saidd.

While entry to SNF is free, some programmes in the line-up are ticketed. For more information, please visit nightfestival.sg.