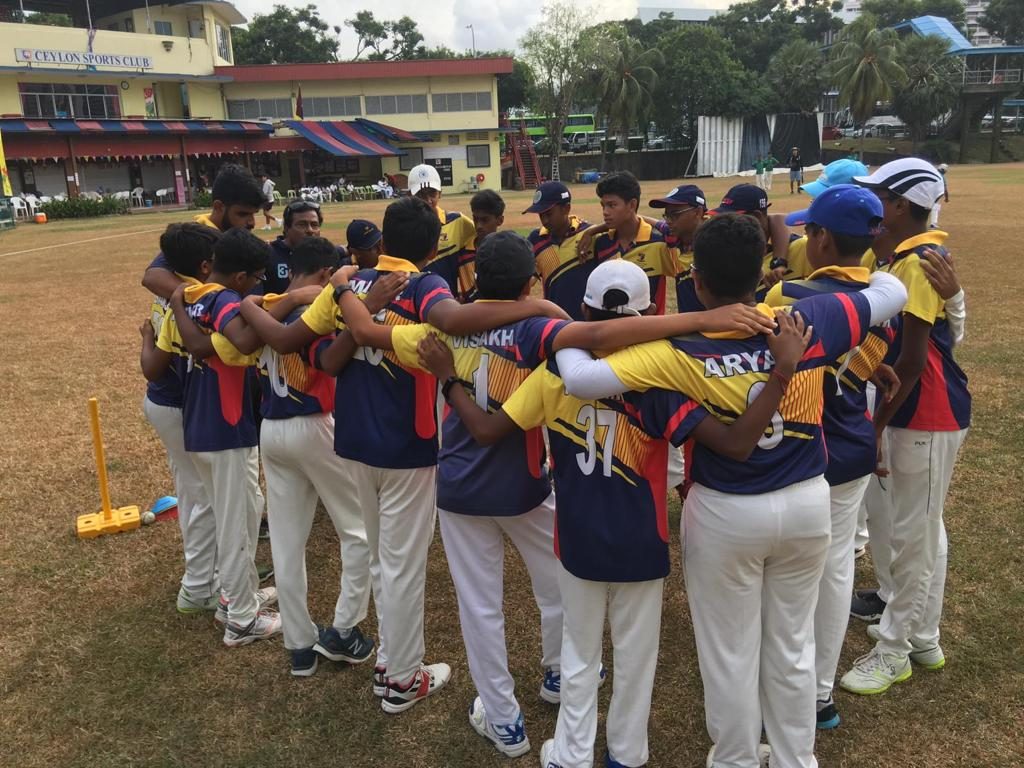 ACS (Independent) completed a hat trick of cricket titles in the 2019 competitions among local schools in Singapore when they defeated Raffles Institution in the C Division finals by 40 runs on August 19.

The school had won the A & B Divsion titles in April and May respectively.

On Monday,  at the Ceylon Sports Club ground, ACS won the toss and elceted to bat. After a confident start, they lost the wicket of  Aryan Lad for 13 runs.
Inesh Basu and Pranav Nitin batted well to take the score to 40 when Inesh was out after scoring an attacking 18 off 22 balls.
Pranav and Thiyanesh then put on a match-winning partnership of 90 runs for the 3rd wicket.
ACS captain Pranav was very impressive with his stroke play all around the wicket. He was dismissed in the last over for  67 runs off 52 balls with 6 fours  and 2 sixess.
Thiyanesh was unlucky to get runout for 19 runs.
ACS posted a commanding total of 148 for 4 wickets in 20 overs. Jeevan was the most successful bowler for RI with 2 for 33 off 4 overs.
Raffles  were given a good start by their openers Jeevan and Anshul. Just when he looked set, Jeevan was caught at point for 18 runs.
Rohit joined Anshul and both of them had a steady partnership but they were not able to play the big shots against the accurate ACS spin bowlers.
In their quest to reach the target, they looked to play attacking shots and perished. Anshul scored 29 off 32 balls while Rohit got the top score for Raffles with 42 off 45 balls.
Raffles finally ended their innings with 108 for 7 off their 20 overs.
ACS captain Pranav played a crucial role in the bowling department too by claiming 2 wickets for 18 runs but the pick of the bowlers was Krithik Thota who got 2 wickets for just 16 runs.
ACS were deserving winners by 40 runs.
Related Items:ACS (Independent), C Division, Raffles Institution, Singapore Schools Cricket
Share
Tweet
Share
Email
Click to comment