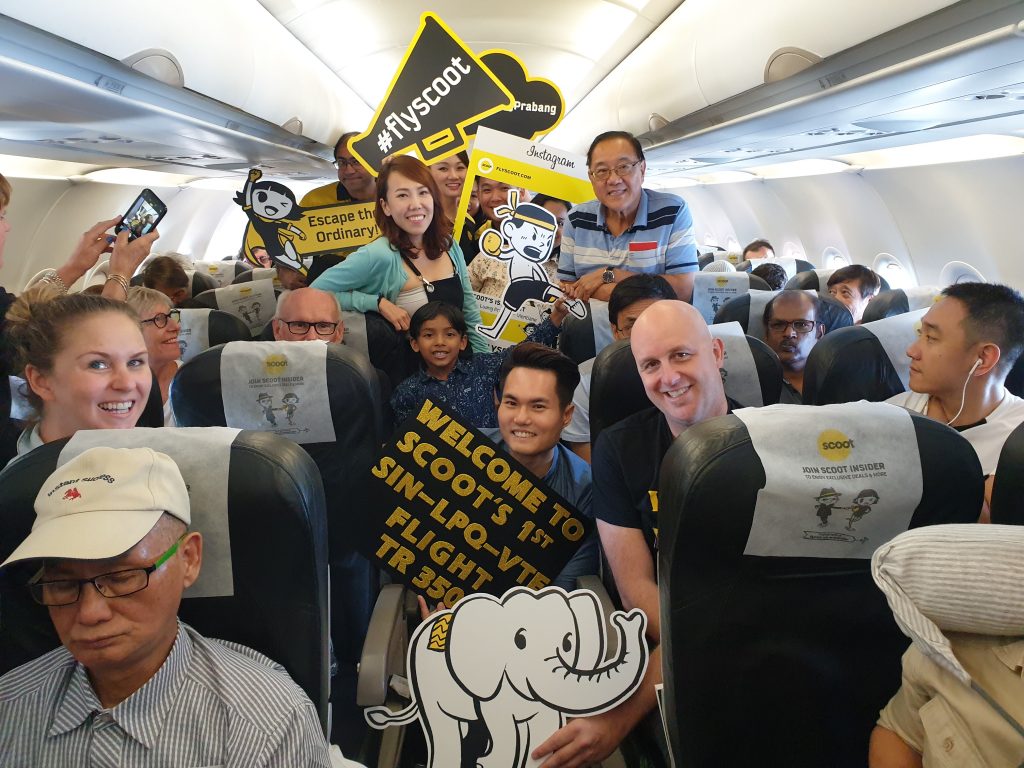 With the addition of Laos, Scoot’s network now spans 67 destinations across 19 countries and territories, and it will be the only airline offering direct Singapore-Laos services. These routes were transferred from sister airline SilkAir, the regional wing of Singapore Airlines, and will be operated with Scoot’s A320 aircraft.

To celebrate Scoot’s maiden flight to Laos, traditional Laos music was played over the sound system in the aircraft and passengers onboard were tested on their knowledge of Laos and Scoot. Five lucky passengers walked away with prizes such as a S$100 Scoot travel voucher, Scoot travel organiser, Laos travel guide, Scoot-in-Style lounge access and a Scoot Nano Brick Aircraft and Control Tower Playset.

On landing at Luang Prabang Airport and Wattay International Airport in Vientiane, the A320 aircraft, named Yellow Tail, was greeted with a traditional water cannon salute at both airports. 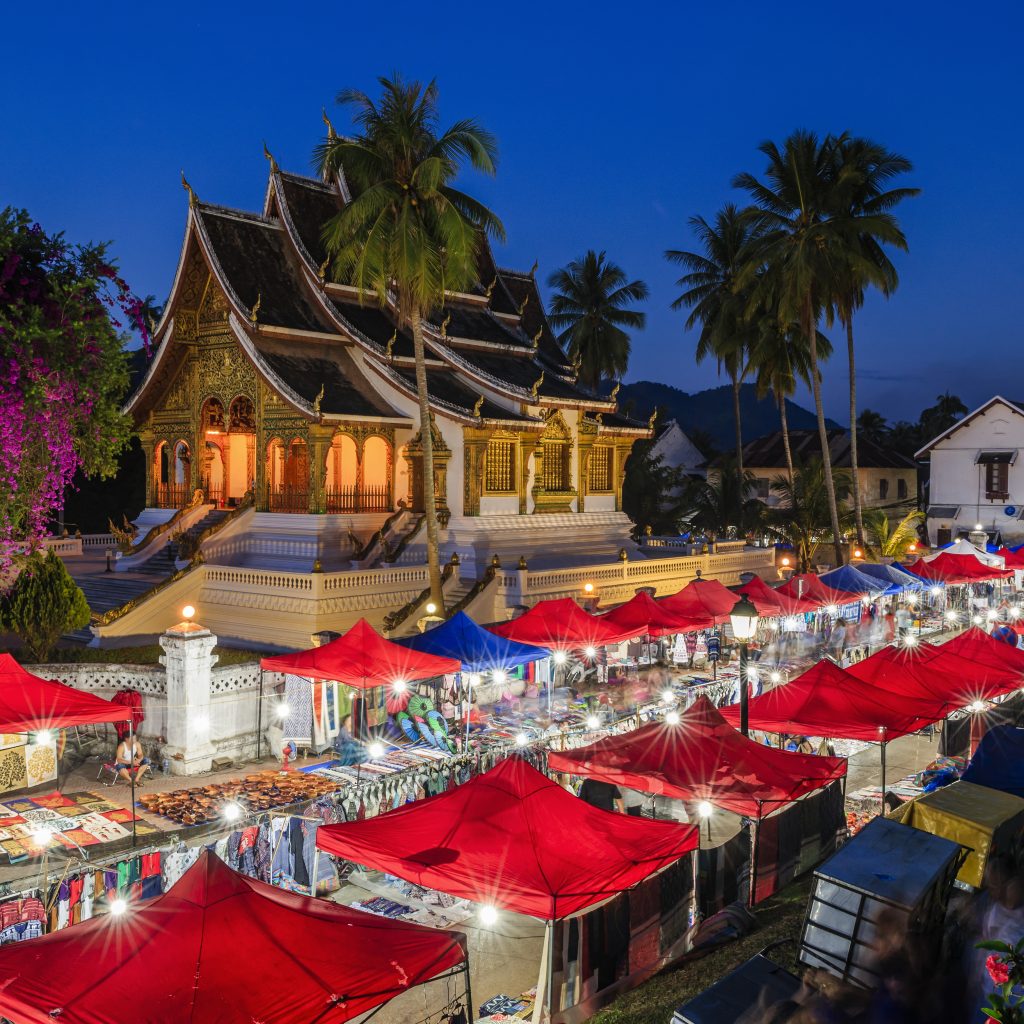 Night market in Luang Prabang is a central place for shopping. Most products are handmade by ethnic groups. The Haw Pha Bang temple is in the background.

The flights operate on a circular routing, departing from Singapore for Luang Prabang, followed by Vientiane, before heading back to Singapore.

Mr Vinod Kannan, Chief Commercial Officer of Scoot,said: “Laos is a hidden gem that is yet to be discovered by many and is the ideal destination for people looking to escape from the concrete jungle. With Vientiane and Luang Prabang joining our network, our customers now have more travel choices, and travellers from Laos can also explore more destinations around the world via Singapore.”

Scoot’s flight schedules to and from Laos: