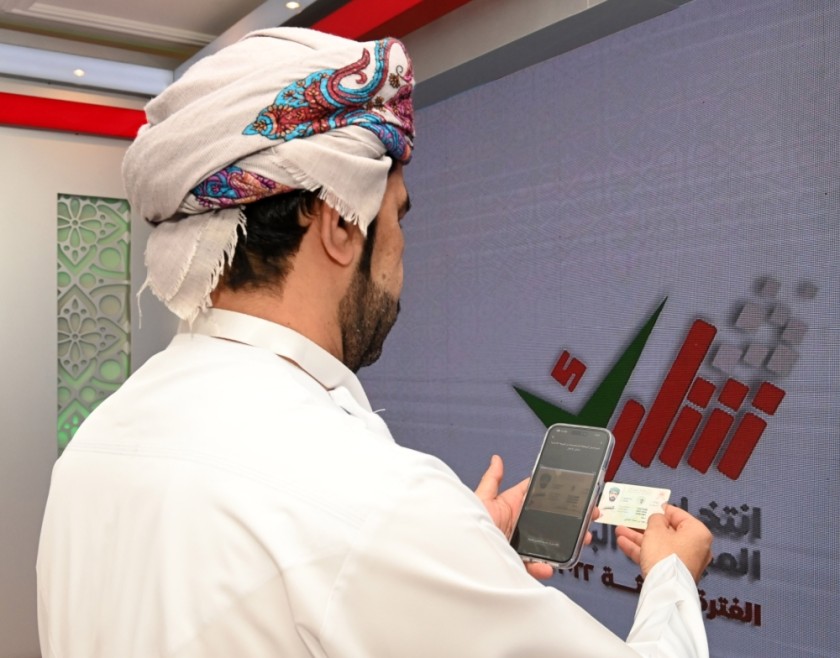 Omanis used smartphones for the first time to vote in nationwide municipal elections on Demeber 18, 2022.

They picked 126 representatives out of 727 candidates running for seats in eleven municipal councils.

Voter turnout was just over 40 percent with 288,469 of 731,767 eligible voters taking part, according to the Ministry of Interior. This was like the turnout in the previous election.

The smartphone voting was a major accomplishment for the ministry, which has been developing voting procedures over the years. During elections for the 2012/16 term, Omanis voted using ballot boxes at polling centres.

Time-saving technology was used for the final sorting of ballots so that results could be announced quickly.

This time, for the 2023/2026 term, voters used a special application in their phones to cast their vote. The Intakhib app, designed according to security standards, provides vote confidentiality.

Voters had smartphones equipped with a Near Field Communication (NFC) feature and an Internet connection. They had to download the app, add photos of both sides of their ID card and log in. They were then able to vote using the app at any time during 8am to 7pm on Sunday.

Majed Al-Abri, a technical specialist at the ministry, said the app allowed voting only on networks operating within Oman.

Voters outside the Sultanate had to cast their votes earlier, on Dec18, using the app.
The names of the winners of the election were announced on Sunday evening by Eng. Khalid Hilal Al Busaidi, the ministry’s undersecretary.