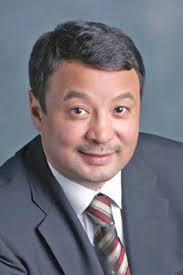 Kazakh Serik Konkabayev, an AIBA vice-president, is a strong favourite to stand for the association’s presidency.

The future of international boxing continues to be murky with the interim president of the International Boxing Association (AIBA) Gafur Rahimov refusing to stay away from the presidential election which is due on November 3 at its Congress in Moscow.

The International Olympic Committee (IOC) warned again on October 3 that it will remove boxing from the 2020 Tokyo Olympics unless the AIBA addresses leadership and governance issues. The IOC has suspended financial assistance to AIBA.

According to reports, Rahimov is adamant that he will stand for the AIBA presidency. But the IOC has made it clear that it will not recognise him as the head of AIBA.

The IOC on Oct 5 said – via a letter from its director-general Christophe de Kepper – that it would not grant accreditation to Rahimov or his family members to attend the Youth Olympics in Buenos Aires, Argentina, which started on October 6. The committee has stopped all official communications with the AIBA.

The IOC is worried because Rahimov, an Uzbek businessman, is on a United States Treasury Department list for his alleged involvement with organised Russian crime. The department described him as “one of Uzbekistan’s leading criminals”.

The AIBA has been in turmoil for several years and its former president Wu Ching-kuo was suspended in 2017 before stepping down over governance and finance issues. He was briefly replaced by vice-president Franco Falcinelli before Rahimov became interim president in January this year at an extraordinary congress in Dubai.

The AIBA was warned by the IOC’s ethics and compliance officer in May this year that Rahimov is unfit to serve as its interim president. As he is on the US Treasury Department list, he cannot travel to the US or Switzerland, where the AIBA is headquartered. Rahimov has denied any criminal activity and has engaged an American lawyer to fight his case.

The IOC’s latest warning came under attack from the Russian Boxing Federation secretary-general Umar Kremlev, who reportedly said that the Committee has no business interfering in the internal affairs of an international federation.

“By sending their threats to the national boxing federations, the IOC is violating the Olympic Charter, according to which AIBA members are empowered to elect the organisation’s president themselves,” Kremlev said in a statement on Oct 5. “It is unacceptable to put any pressure on AIBA or its members, trying to influence the results of independent elections.”

He added: “As a national federation, we have only one goal – to develop boxing as one of the most popular sports in the world, one among the first ones to be included in the Olympic programme. There should be no political issues in sports. So, we hope the IOC will continue to follow the Charter and stop interfering in the operations of an independent organisation and impose its policy on national federations.”

In his letter, de Kepper said the IOC has “extreme concern with the grave situation” surrounding the AIBA leadership and governance. He added that it will await further reports from the AIBA before taking any more action.

But the AIBA’s election committee chair Jost Schmid does not see any cause for concern. He said in a statement on October 3 that the “the entire process has been meticulously reviewed and conducted in full independence”.

AIBA in the last week of September also provided its 203 member-federations with information about the Congress.

“This is a very important step for the new AIBA. We have been working hard to establish a well-planned, transparent and on-time system, of which we can be proud,” AIBA’s executive director Tom Virgets said.

Around The Rings, an Internet-based publication covering the business and politics of the Olympic Movement and a wide array of issues in international sports, reported that most members of the AIBA leadership believe the IOC will not strip boxing from the Olympics because it is a popular sport.

Two people who could have stood against Rahimov for the presidency have been marginalised. Suitors need the support of 20 national federations to be nominated.

Argentinian Osvaldo Bisbal, president of the Boxing Confederation of the Americas and one of the vice-presidents of AIBA, said in late September that he will not stand for the presidency as he does not think he is ready “at the moment to dedicate my life to AIBA”.

Around The Rings also reported that Falcinelli, the president of the European Confederation of Boxing, is set to face a motion soon that will see his removal as an AIBA vice-president. This is because he has expressed his support for another AIBA vice-president Serik Konakbayev (photo), who is fast emerging as the sole opponent to Rahimov.

According to Around The Rings, the AIBA is also likely to make a change to its statutes during the November Congress which will allow the new president to take a “break”. This means an interim president will be in charge till the heat from the IOC cools off and Rahimov can return to office in a year’s time.

Kazakh Konakbayev is considered by many to be the best man to take over the AIBA reins given the circumstances. He is president of the Asian Boxing Confederation and was a silver medallist at the 1980 Olympics.

Falcinelli, at least, believes so. In a letter in late September, the Italian urged the AIBA Executive Committee to join him in supporting Konakbayev rather than Rakhimov.

“For me, the time has come for our choices and decisions for the future of our sport and AIBA,” Falcinelli wrote. “We must ensure a bright and concrete future with the Olympic Movement for the sake of our boxers.

“Considering all situations, I decided not to be one of the causes of boxing to be excluded from the Olympic Games, also I believe all of you have the same principles.

“We are in a choice between the great risk of supporting Mr Gafur or promoting an alternative to lead AIBA. Thus, I decided to help Mr Serik Konakbayev to be eligible to run for the presidency of AIBA.”

Falcinelli is known to be a Rakhimov ally and allowed the Russian to take over as interim president. But, apparently, he knows very well that AIBA will be in deep trouble if Rakhimov were to be elected president.

According to AIBA, Konakbayev has failed to receive the required 20 nominations to run for president. However, according to insidethegames.com, the Kazakh is expected to appeal to the Court of Arbitration for Sport.

In a lengthy statement in September, Rakhimov said the federations “do not need to be told by anybody for whom they should vote or not vote” and stressed how the AIBA governing body would “make our choices based on what we – and only we – think will be the best for boxing worldwide”.

But, at the same time, he seemed to aware that it would be good for the sport to be governed by an alternative.

“For over 20 years AIBA has been my life and I would like you all to rest assured that I would never in any way put our wonderful sport in jeopardy,” he wrote. “I have always put boxing first and I intend to do that in the future.”

In an interview with Agence-France Presse on October 6, Rakhimov claimed he had sought legal advice to see if it was “possible for more candidates to run”.

He claimed the AIBA was bound by the regulations initiated by former president C K Wu, who was forced out last year following a leadership coup.

Only officials who have been part of the Executive Committee can be nominated, a process Rakhimov claimed is too strict.

The Russian claimed he has “asked our lawyers and the administration to see if anything can be done to eliminate such doubts or questions, and if possible allow for more potential candidates to run”.

“I hope that I will not be the only candidate for president,” Rakhimov told AFP. “These somewhat bizarre regulations, which were prepared and put in place by the former president and his executive director, also had the objective of making it difficult for others than the leadership to run for positions in AIBA.

“We in the new leadership of AIBA could not change these regulations prior to our Congress next month, because only the Congress has the authority to do so.”

Given that the IOC appears serious about carrying out its threat, will Rakhimov opt out of the race?

Bisbal believes the IOC will not be conveying “a good message” if it were to exclude boxing from the Olympics after the AIBA election. “Faced with such a decision of the IOC, I believe that immediately Gafur would resign to prevent this exclusion. It’s my personal opinion,” Bisbal said.