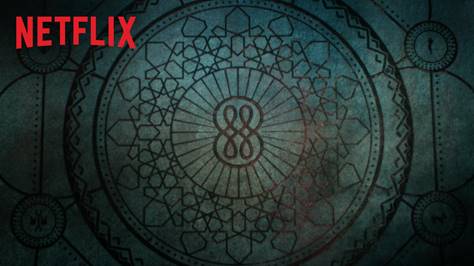 Based on author Vikram Chandra’s best-selling novel, season 1 of the series received viewer appreciation and critical acclaim worldwide for its gritty plot and power-packed performances. Season 2 will be back with a new trail of betrayal, crime, passion and a thrilling chase through Mumbai’s underbelly. The games are about to get deadlier!

The second season picks up from Sartaj Singh (Saif Ali Khan) pursuing his relentless battle of saving the city and Ganesh Gaitonde (Nawazuddin Siddiqui)  facing bigger challenges to retain his position as the legendary kingpin of Mumbai.

The intriguing Guruji (Pankaj Tripathi), introduced in season one as Gaitonde’s ‘third father,’ plays a pivotal role in unfolding a chain of events that shape the next season – which is scheduled to film in India and locations overseas this fall.

Filmmaker Anurag Kashyap will continue directing Ganesh Gaitonde’s track, while Neeraj Ghaywan (of Masaan fame) will take over Sartaj Singh’s plot. Vikramaditya Motwane and Varun Grover will continue their roles of being the showrunner and the lead writer respectively. The highly-anticipated season will see a mix of old favorites and fresh new characters to drive the storyline to its intrepid twists and turns.

Erik Barmack, Vice President, International Originals at Netflix, said: “We’ve been thrilled by the response to Sacred Games from fans worldwide, and especially in India, to this high quality production. It’s incredibly exciting for us to take the story of Sacred Games forward and open a new chapter in the series with its second season.”

Netflix is the world’s leading internet entertainment service with 130 million memberships in over 190 countries enjoying TV series, documentaries and feature films across a wide variety of genres and languages. Members can watch as much as they want, anytime, anywhere, on any internet-connected screen. Members can play, pause and resume watching, all without commercials or commitments.

Phantom has a distinct focus on fostering creative energies to create enduring and entertaining content. In the last four-plus years of the company’s existence, it has had 10 releases, including films like Lootera, Hasee toh Phasee, Queen, Ugly, NH10, Bombay Velvet & Masaan, which won the Fipresci Award in the Uncertain Regard category at Cannes.