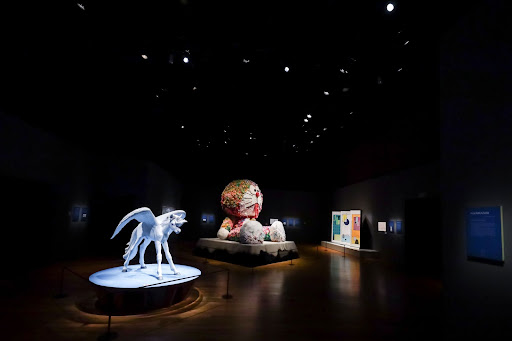 Straight from Japan to Singapore, the first Doraemon Exhibition to be held outside of Japan will open at the National Museum of Singapore on 5 November, showcasing how one of the most beloved Japanese characters sprung out of the pages of a manga and into the hearts of generations of fans around the world.
Exploring the past, present and the future of Doraemon, the multi-sited exhibition offers several experiences that include a contemporary art show; a showcase of original drawings and sketches by its creator, the late Mr Fujiko F Fujio; a Doraemon-themed cafe and limited-edition merchandise that engage visitors to make new memories with the iconic Japanese manga character.

“Doraemon is a character many of us would have grown up with and it has continued to remain dear to us over the years. We are celebrating this beloved character across borders and generations with the first Singapore edition of The Doraemon Exhibition and we hope that as visitors experience the unique artworks alongside the original manga sketches, they will be inspired to embark on their own creative journeys as they contemplate their own memories of Doraemon,” says Yuki Imamura, Director of LEYOUKI.

A tribute to the origins of Manga Doraemon

For the legions of new and existing fans who may be curious about Doraemon’s origins, The Doraemon Exhibition will cast a spotlight on the cat-style robot’s humble beginnings as the central character in a Japanese manga series that debuted in December 1969. Written and illustrated by Fujiko F Fujio – the pen name of Japanese manga artist Hiroshi Fujimoto – its popularity surged after the manga was subsequently adapted into an anime series and movie features.

To acquaint visitors with the original manga version of Doraemon and offer insight into the mind of its creator, the exhibition in Singapore features an exclusive section titled MANGA DORAEMON Original Drawings Exhibition, comprising more than 70 drawings and sketches by the late Mr Fujimoto. On loan from the Fujiko F Fujio Museum in Japan, this marks the very first public showcase of the original Doraemon creator’s inventive and formative illustrations outside Japan.

The drawings will take visitors on a journey to explore the beginnings of Doraemon and his friends, as well as the stories behind some of his fascinating gadgets such as the ‘Memory Bread’ and the ‘Lying Mirror’.
In addition to the drawings, visitors can experience selected highlights from the Doraemon the Movie series. They can also interact with a reproduction of Mr Fujimoto’s desk in his workroom where he created many of the Doraemon drawings, featuring his drawing tools as well as books and figures on his favourite themes such as dinosaurs and outer space that inspired his rich world of works. Visitors can also get a glimpse of the manga production process, with insight from Mr Fujimoto himself, to better understand the creative process behind the iconic character.

Drawing on the popularity of Doraemon, The Doraemon Exhibition was first held in 2002 with a subsequent 2017 restaging both in Japan, which examines how its fans continue to keep their memories of Doraemon alive in present day as well as in the future. The section titled Create Your Own Original Doraemon features contemporary artworks by 28 leading contemporary Japanese artists and arts groups who were invited to create their own unique version of Doraemon based on their personal memories, and situate the iconic character in today’s changing world.

The artworks range from painting and sculptures to graphics and photography, and they are divided into two acts:

Act 1: Featuring 18 Japanese artists and art groups, this segment presents artworks that respond to the prompt “Create Your Own Original Doraemon”. Artists were free to interpret and represent the unlimited possibilities of the iconic Doraemon character.

Act 2: In this segment, 10 contemporary artists created their own interpretation of Doraemon while taking reference from their favourite Doraemon movies produced over the years such as, Doraemon: Nobita’s Great Adventure into the Underworld and Doraemon: Nobita and the Kingdom of Clouds, among others.

Two Singaporean artists were also specially commissioned to create their unique version of Doraemon for the Singapore edition of the exhibition, which will make its debut at the National Museum. 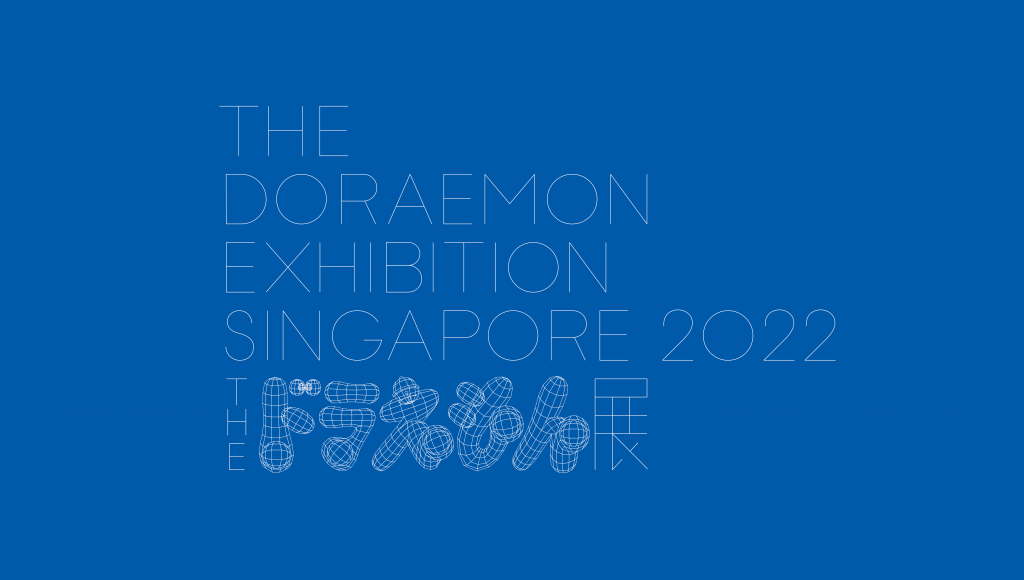 Contemporary artist Jahan Loh’s contribution to the exhibition, titled My Journey with Doraemon, is a sculptural artwork that explores the idea of teleportation and intergalactic destinations, inspired by his childhood memories of reading Doraemon manga. He imagines himself using one of Doraemon’s magical devices, while harnessing the power of art, science, and technology to explore the dizzying realms of the past, present and future, with Doraemon by his side.

The second artwork is by Singaporean photographer Leslie Kee titled, IMAGINE, which envisions a world of ‘Love, Peace, One, You, Me, Doraemon’. The artwork is a collaboration between nine models of diverse backgrounds, orchestrated by Kee, featuring Thom Browne’s Fall 2022 collection. The series of blue-tinted portraits is a light-hearted and fun take on the beauty and seriousness of skin tones, much like how he remembers the way Doraemon makes him feel.

On collaborating with local artists, Chung May Khuen, Director, National Museum of Singapore said, “Singapore’s relationship with Doraemon is often a familiar and intimate one, with many of us having our own personal memories of the lovable character. This year, we are excited to see two artworks by our homegrown artists, Jahan Loh and Leslie Kee, that will present their relationship, memories and future with Doraemon, alongside artworks by prominent Japanese contemporary artists. Even as the National Museum continues to present accessible international exhibitions and stories of the world, we constantly look for opportunities to engage our local communities to co-create meaningful and relevant content and experiences that present a unique Singapore perspective.”

In conjunction with the two exhibits, visitors can also expect a Doraemon-themed cafe experience at the Basement Gallery Foyer created in collaboration with Toraya, an esteemed wagashi (traditional Japanese confections) maker with a history of close to 500 years. After exploring the exhibition, visitors can enjoy a Singapore-exclusive Dorayaki set inspired by the character’s favourite snack as well as other snacks imported from Japan.

For visitors looking to bring home a piece of the exhibition, there will also be an exclusive line-up of Doraemon merchandise from The Doraemon Exhibition and the Fujiko F Fujio Museum, as well as exclusive Doraemon collectibles. These include tote bags, mugs, and stationery items, among others.

Tickets can be purchased at http://www.doraemon-exhibit.sg/tickets. This exhibition is presented by LEYOUKI, with support from the National Museum of Singapore and Singapore Tourism Board. Media assets can be accessed via bit.ly/TheDoraemonExhibitionSG.

The price of each exhibition ticket costs S$30 and the Doraemon-themed Dorayaki costs S$6.90 each at the pop-up cafe.