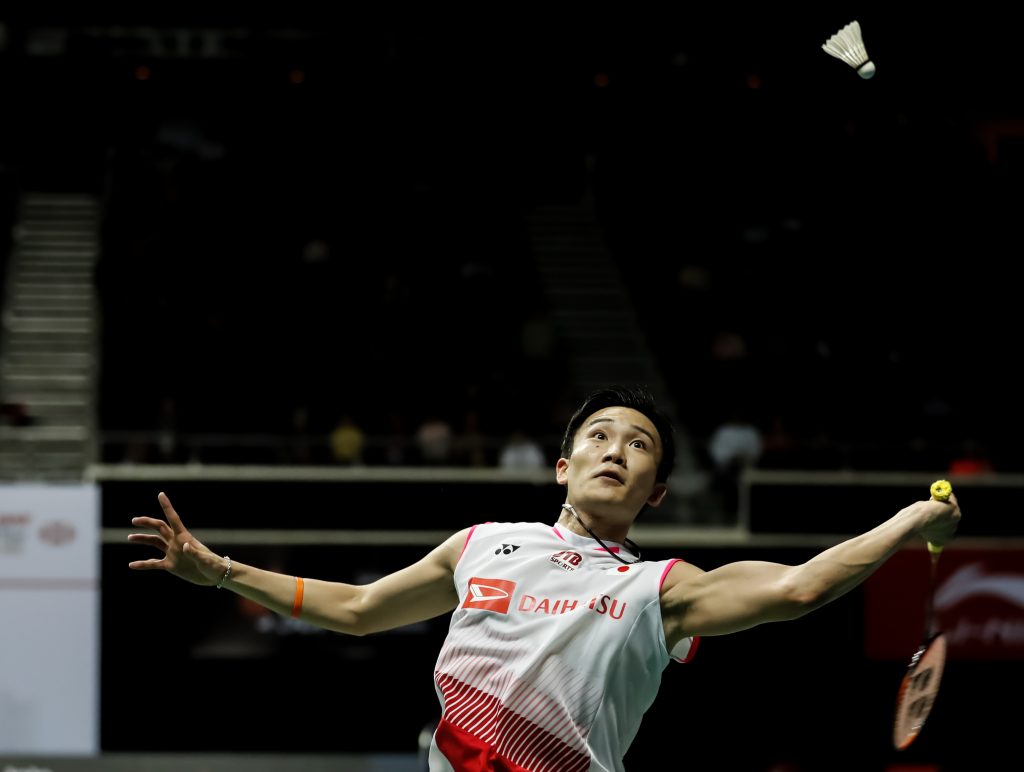 The semi-finals of the Singapore Badminton Open were tough encounters. But world No. 1s Kento Momota (JPN) and Tai Tzu Ying (TPE) showed their class and enhanced their reputations by moving into the finals.

Witnessed by a crowd of around 5,200 at the Singapore Indoor Stadium, the fifth day of the tournament was filled with exhilarating matches, some of which decided  in rubber games, and epic comebacks.

Momota trailed 6-16 in the second game, but made a resounding recovery to secure his spot in the men’s singles final.

“Of course it was bad that I could not win the second game. Kento played really well in the end and unfortunately I did not have what it takes today. I lost to a better opponent. In the second game, Kento managed to control his net play very well and my stamina was not good enough,” said Axelsen.

Said Momota: “In the first game I increased my speed. In the second, Viktor was always smashing and I could not return them well. He was likely thinking that it would go into a third game. Maybe Viktor’s focus was somewhere else, and that’s why I could come back.”

Momota will face Anthony Sinisuka Ginting (INA) in the final. 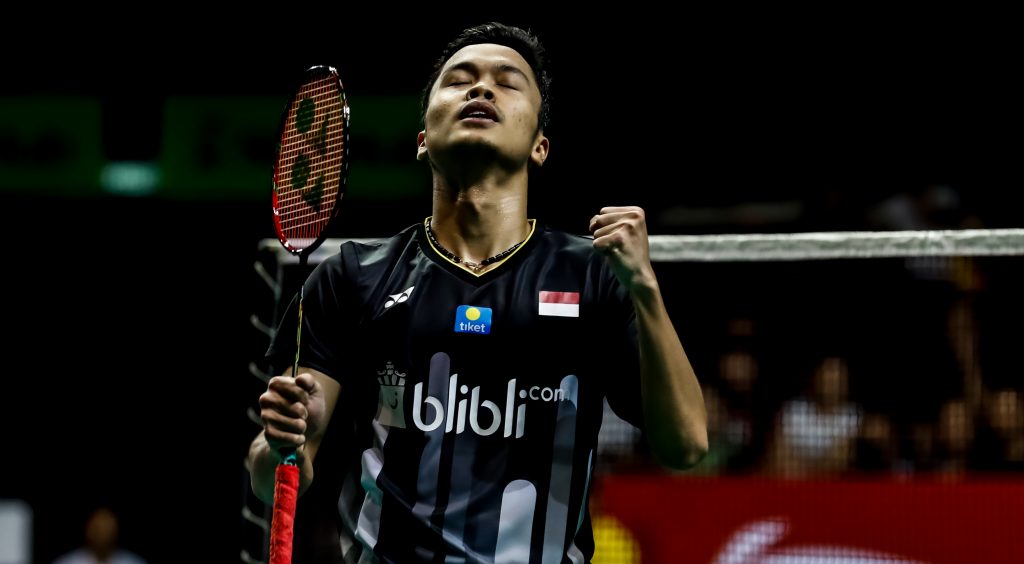 Chou found it difficult to cope with Ginting’s powerful smashes and lost the decider after an arduous one hour and 19 minute match.

The “Giant Killer” will be hoping to continue his streak in the final. “Of course I am very happy to have beaten Chen Long yesterday and Chou today, but it is not over yet. I do not want to think too much about my victory today,” said the Indonesian. 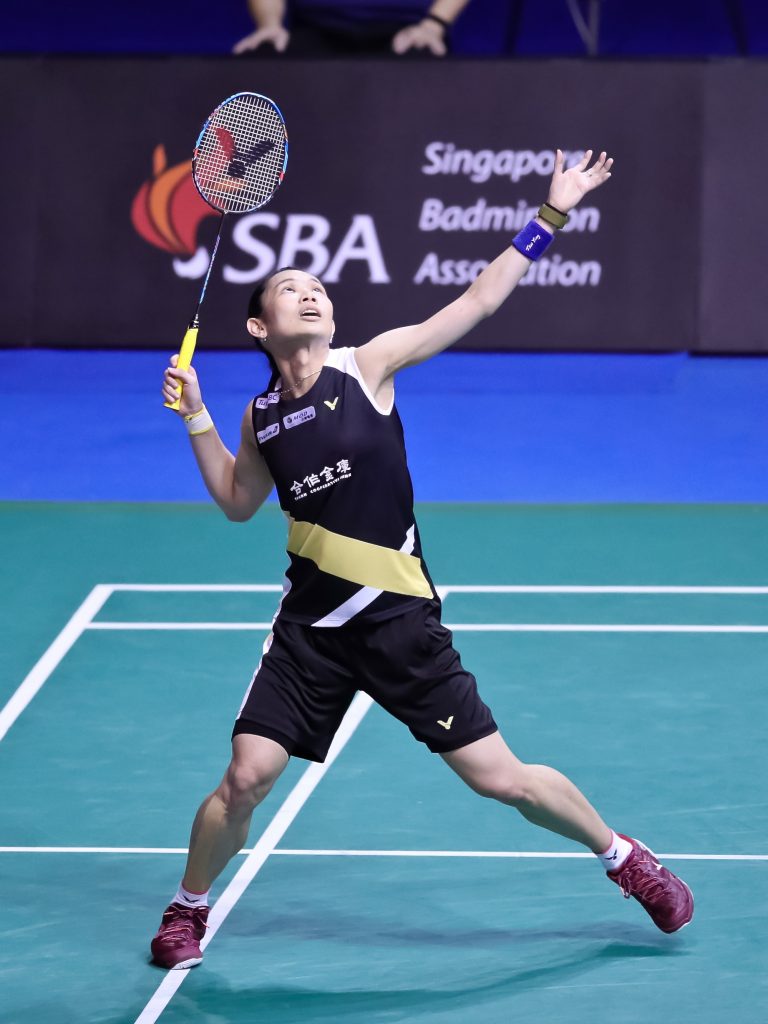 “Actually I felt more relaxed today as we just met last week at the final of the Malaysia Open. Both of us can play many matches in a day. I feel that today, towards the end, Akane made more mistakes,” said Tai (above).

Said Yamaguchi: “I made a few mistakes at some key points and I am not happy with some shots. At the end of the second game Tai had a ‘nothing to lose’ mentality and she started to play more aggressively and at a quicker pace,” 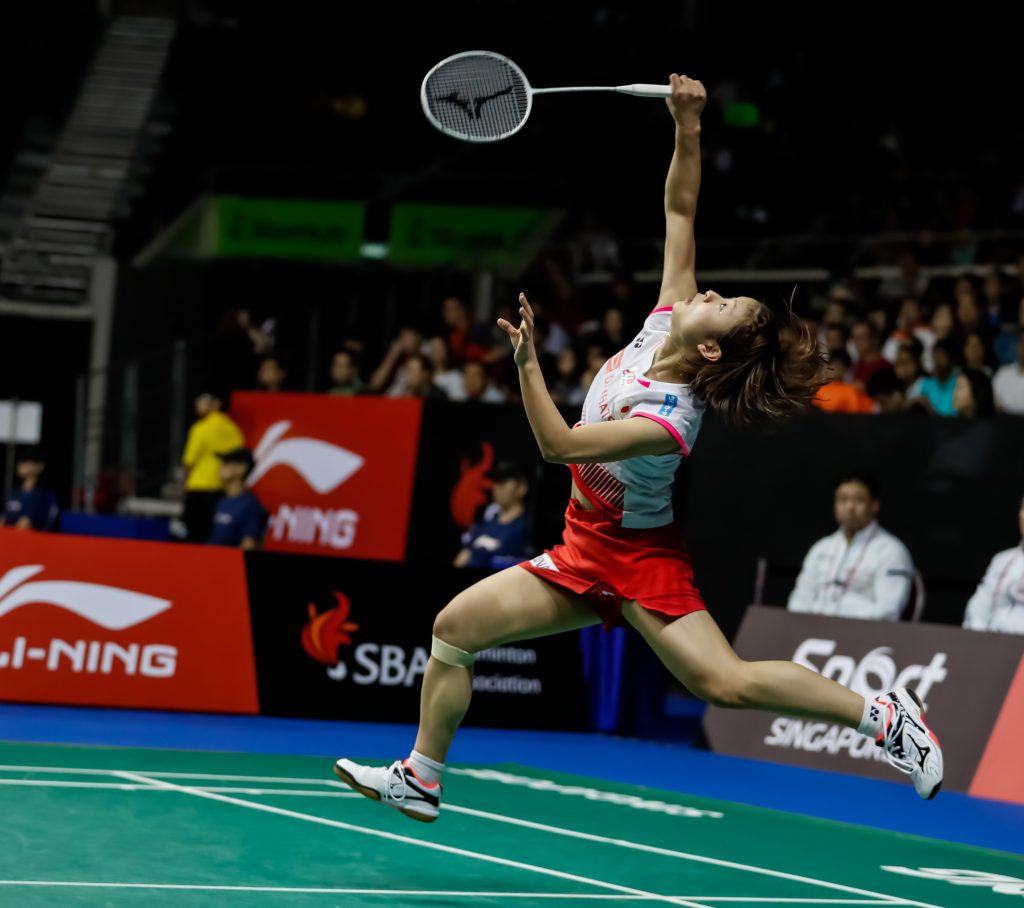 When asked about facing Tai in the final, an excited Okuhara said: “Yes. Because I haven’t played against her in a long time, so I’m really looking forward to playing her. She’s very speedy and all-rounded, so it will be very difficult, but I will try.”

World No. 1 Yuki Fukushima and Sayaka Hirota lost to reigning world champions and compatriots Mayu Matsumoto and Wakana Nagahara (below) 21-18, 21-17. Matsumoto said: “I do not think that they did badly, but this time our attacking strategy worked well. I am glad that we won, particularly we won in two straight games.”

One of the upsets of the day came when Japan’s Takeshi Kamura and Keigo Sonoda (below) toppled the top ranked men’s doubles team of Marcus Fernaldi Gideon and Kevin Sanjaya Sukamuljo (INA) 13-21, 21-10, 21-19. The Japanese pair are set to challenge the defending champions Mohammad Ahsan and Hendra Setiawan (INA) in the final. Ahsan and Setiawan beat second seed Li Junhui and Liu Yuchen from China 21-11, 21-14.

“We just had fun and played our best. We did not think about the last few matches with them, we focused on today. We did not put pressure on ourselves and we focused on every point,” said Taerattanachai after beating the Chinese for the first time in seven encounters.

Speaking after their first defeat of the year, Huang said: “Our opponents were pretty good today, and our return of serve was inadequate. It wasn’t difficult, but both of us made more mistakes as compared to our opponents. Today’s loss serves as a good reminder for us to do more preparation for the upcoming Sudirman Cup.” 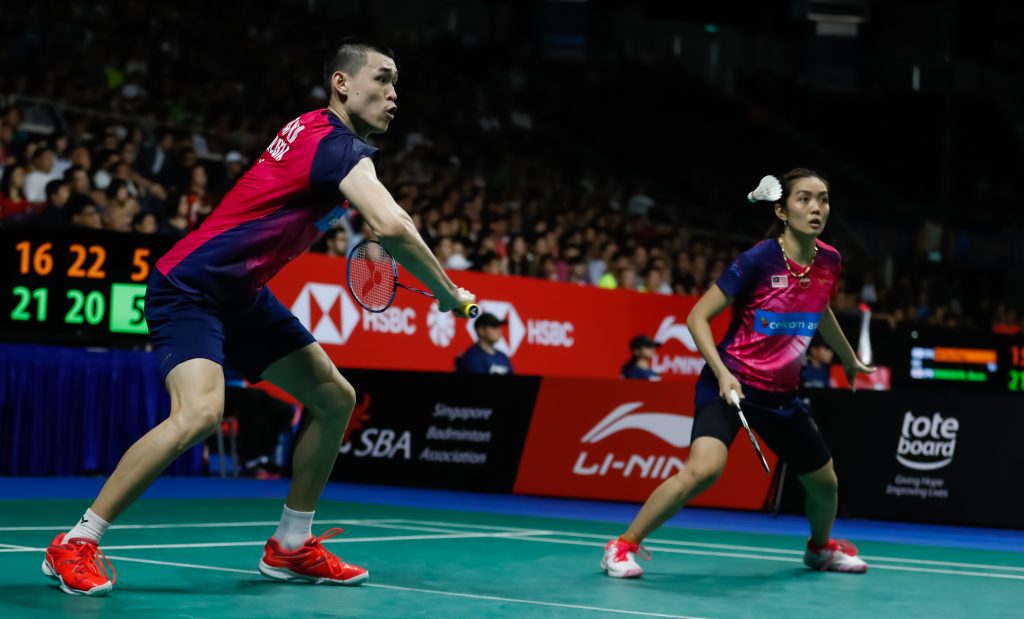 “At that point in time, we did not think much, we just kept focused, point by point. We really wanted to win very badly, so we never gave up,” said Lai when asked how they turned it around at the end.

Tan and Lai will meet Puavaranukroh and Taerattanachai in the final.