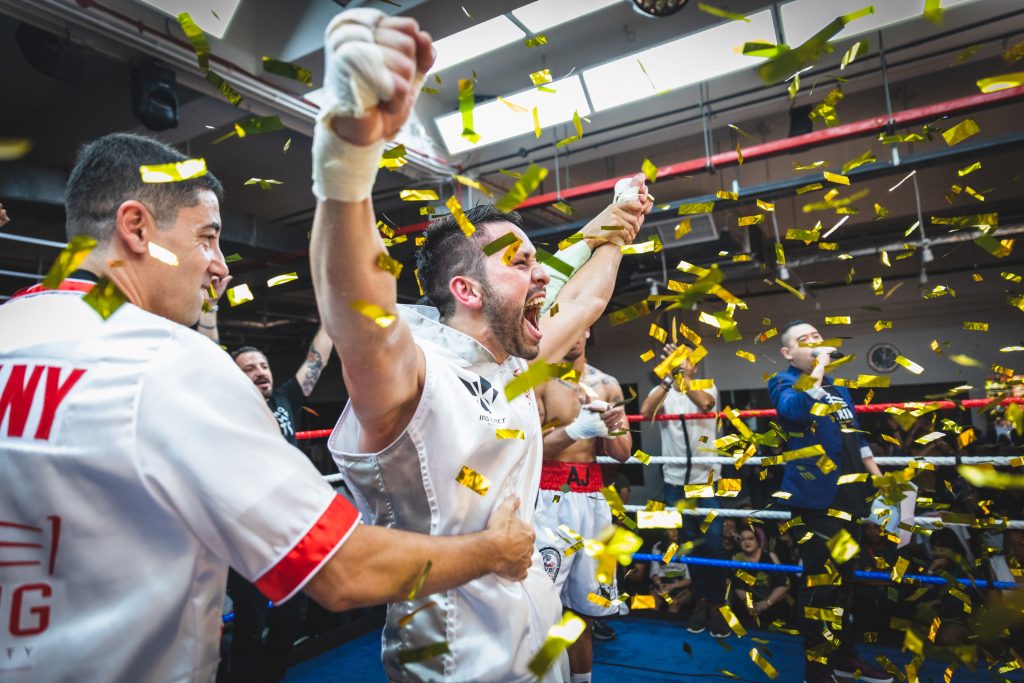 As expected, it was an intense battle with both David and Karroum going head-to-head for the full eight rounds in the final event of the night. Despite David’s strong start to the contest in the earlier rounds, Karroum held on and came back strongly in the second half of the matchup, especially in the final two rounds, to maintain his unbeaten fight streak and also earn the bragging rights as Singapore’s best Super Welterweight boxer.

On his victory, the 26-year-old (below, left) said: “For me, the most important thing was about giving a great show. We’re both good boxers that did that and went the full eight rounds. Alexandrew came and gave his best, and so did I. Thanks to everyone who came down to support me tonight. He’s a Singaporean but I felt like I was at home tonight, and that changed everything for me.” 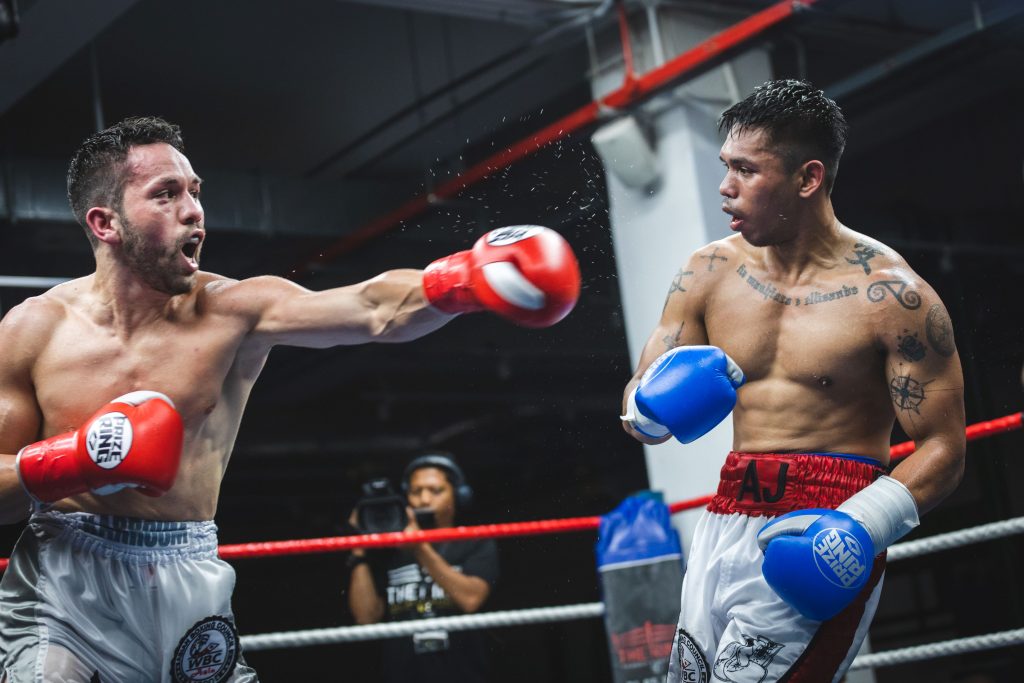 While it was a tough loss to take, David was magnanimous in defeat and remarked: “Kudos to him as he did what he needed to do tonight to earn the win. I think I started out strong. Took it for granted that I was the bigger stronger guy walking him down, and probably didn’t throw enough punches towards the later rounds.”

In the co-main event of the evening, Singapore’s Hamzah Farouk (below) retained his WBC Asia Continental Super Featherweight title after a long-drawn battle over the full ten rounds against his experienced Thai opponent Paiboon Lorkham. 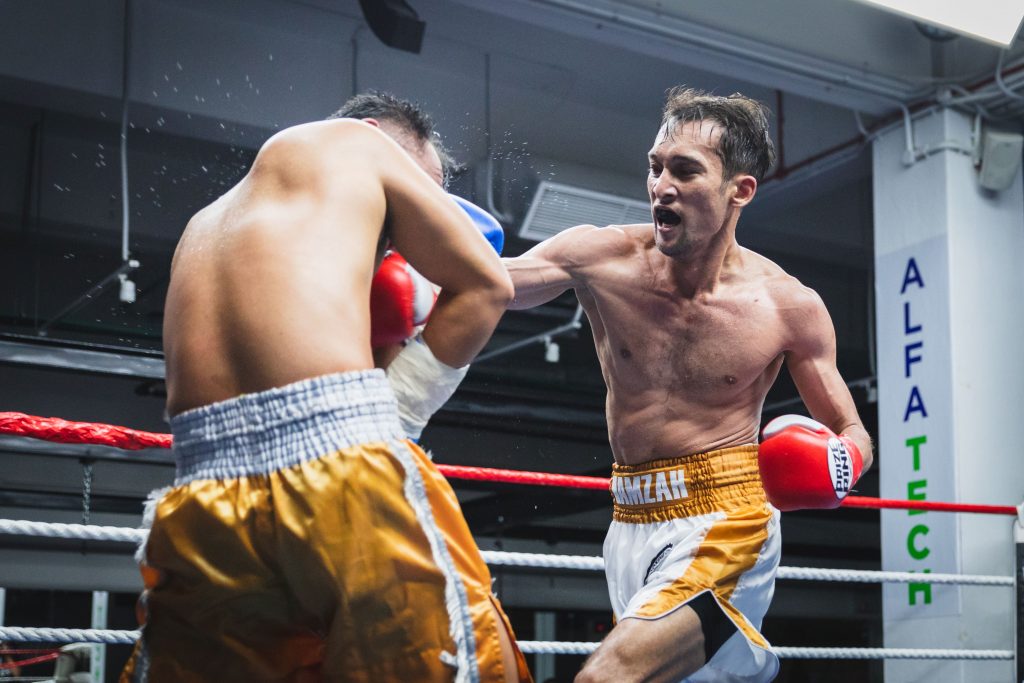 Taking his professional boxing record to 8-0, the 30-year-old said: “It was a good fight, where I finished ten rounds. I didn’t expect him to be so awkward, so it was very difficult to hit him clean. I think I managed well; I didn’t take any serious punches in the whole ten rounds so I think I did alright.

“After this, it’s back to the drawing board, and I’ll keep working hard and fix my craft. I went the distance; I should have finished him earlier I felt, but I went ten rounds with no issues or stamina problems. From here, I’m hoping to next defend the belt against bigger and better opponents, and we’ll take it from there.”

Besides the seven professional boxing bouts where there were also wins for Singapore’s Efasha Kamarudin, Philippines duo Jeson Umbal and Mark Magsayo, and France’s Medi Boufoudi, there were also four amateur boxing matches, all of which were title fights.

The first bout of TRFC VI was a rematch between Raihan Ibrahim and Jared Hoon for the TRFC Men’s Amateur Lightweight title, which Ibrahim once again took home after an end-to-end battle between the two.

Despite going up against a lankier opponent in Josephine Soh, The Ring Boxing Community’s (TRBC) Tawee Tong Yu fought with a lot of heart, delivering powerful punches against Soh to take a unanimous victory and retain her TRFC Amateur Women’s Featherweight title.

It was once again a great display of boxing on, on both the amateur and professional front at the sixth edition of TRFC, which is sanctioned by the Singapore Amateur Boxing Association (SABA) and the Asian Boxing Council. It was yet another full house event, with 450 attendees present to watch the 11 fights on display throughout the night.

Mr Ruchdi Hajjar, founder of Golden Glove Asia Promotions and TRBC, added: “TRFC VI was once again a show of how we’ve been growing – same venue, bigger community and better fights. Everyone had a smile on their face at one point throughout the night, and that shows the success of yet another TRFC event.

“We’ll keep aiming to inspire the next generation of boxers, supporting the boxing scene locally and hopefully regionally one day. As for TRFC, we want to go a step higher and have a vision to have four title fights – local, regional and maybe world title belts up for grabs – at the end of the year.”

For more information about TRFC or any of TRBC’s events, visit www.thering.sg