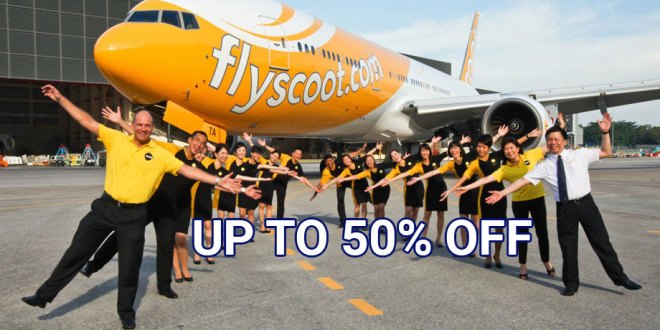 Singapore: Continuing with its Asia expansion plans, Scoot will spread its wings in India with the addition of three new cities, namely Coimbatore, Trivandrum and Visakhapatnam.

To celebrate the new routes, Scoot has launched a limited-period sale (16 – 22 January) on the FlyScoot website for flights to its India cities, including Trivandrum, Coimbatore, Visakhapatnam, Amritsar, Bengaluru, Chennai, Hyderabad, Kochi, Lucknow, and Tiruchirappalli. One-way promotional fares (inclusive of tax) are up for grabs from as low as S$109 for Economy FLY and S$209 for ScootBiz2.

Also known as Thiruvananthapuram, the capital of Kerala, Trivandrum has been dubbed the Evergreen City of India for its lush tropical landscapes. Urban travellers will also appreciate that the city is well-connected by its roads and rail network. A prominent pilgrimage destination, it houses several ancient temples, including Padmanabhaswamy Temple, the richest temple in the world, and Attukal Bhagavathy Temple, the site of the famous Attukal Pongala festival which sees millions of female devotees participating every year.

Coimbatore is one of India’s largest centres for textiles and manufacturing. A flourishing industrial city in Tamil Nadu, Coimbatore also has a reputation as a hub for entrepreneurs and start-ups. The city is surrounded by the Western Ghats, a majestic mountain range and a UNESCO World Heritage Site containing the beautiful Siruvani Waterfalls, a must-see for tourists to the region.

Visakhapatnam, or Vizag, is Andhra Pradesh’s largest city and one of the fastest growing cities in the world. It is also a major tourist hub, famed for its geo-heritage sites, including Erra Matti Dibbalu, the rare Red Sand Hills, and the massive ancient Borra Caves. Vizag’s beautiful beaches are one of its top attractions for both locals and tourists, and make for perfect settings for picnics, early morning jogs and a fun-filled family day out.

1 Subject to regulatory approval.
2 ScootBiz is only available for flights operated on B787 aircraft.

Scoot is the low-cost arm of the Singapore Airlines Group. Scoot took to the skies in June 2012 and merged with Tigerair Singapore in July 2017, retaining the Scoot brand and positioning it well for a new chapter of growth. Scoot has carried sixty million guests and now has a fleet of 18 state of the art, widebody Boeing 787 Dreamliners and 29 young and modern Airbus A320 family aircraft, with two more Boeing 787 Dreamliners and 37 Airbus A320neo aircraft on order.

Scoot’s network presently encompasses 66 destinations across 18 countries and territories, with 16 more destinations from Laos, India, China, Malaysia and Indonesia to join the network by the second half of 2020. Scoot provides – in addition to fantastic value airfares – a safe, reliable and contemporary travel experience with a unique attitude – Scootitude.

Offering amenities including on- board Wi-Fi Internet connectivity and in-seat power on selected flights as well as the ability to redeem and accrue Singapore Airlines KrisFlyer miles, Scoot was voted 2015, 2016, 2017 and 2018 Best Low Cost Airline (Asia/Pacific) by AirlineRatings.com and ranked in  the  Top  10  of  the World’s  Best  Low-Cost  Airlines  in  2015  and 2018 by Skytrax.

Scoot is passionate about making travel attainable for all and enabling people to embrace the full potential of what we term Wandermust – the innate need that humans have to travel and seek new experiences.