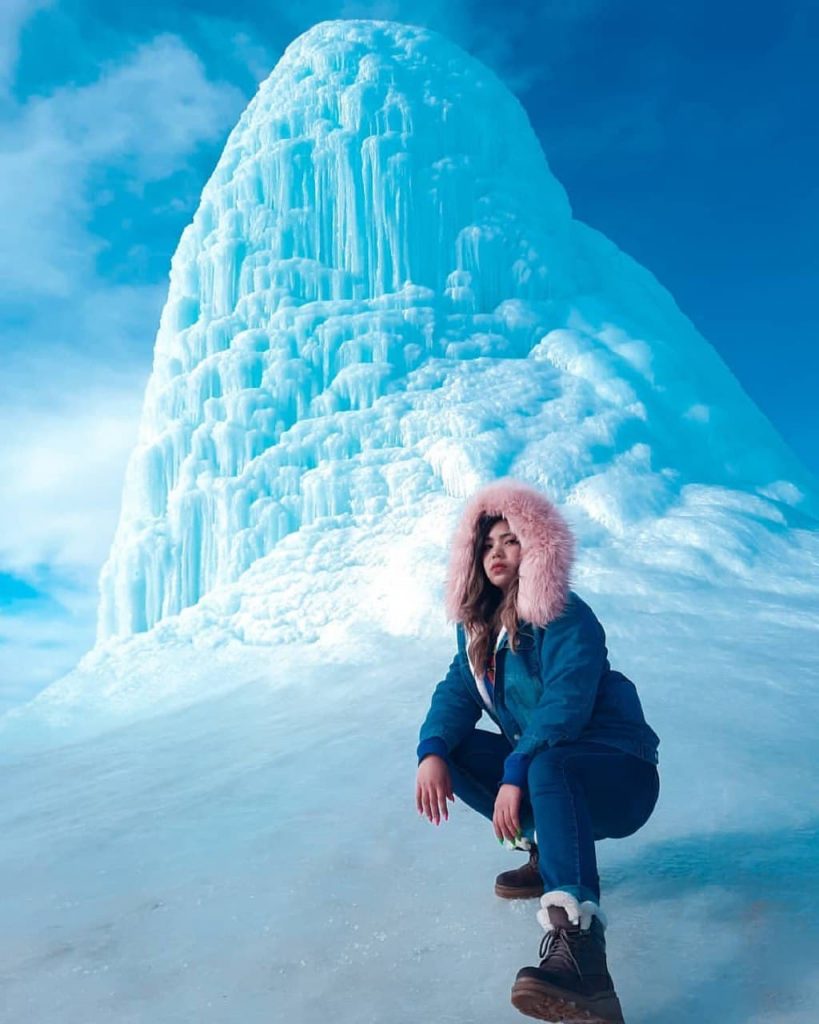 Another winter destination has sprouted in Kazakhstan: A 14-metre ice volcano in the Almaty region.

It has become so popular that locals are thronging the area despite the four-hour drive from Almaty.

The ice tower is located between Kegen and Shyrganak villages in Kegen district, south-eastern Kazakhstan.

The beautiful natural creation forms every winter, but this year it took on an unusual shape.

Business Insider reported that meteorological conditions in Kazakhstan this winter favoured the formation of the 45-foot tall ice tower.

It emanated from hot spring water gushing out of an icy plain. The water sprays into the atmosphere and freezes as it falls back. Over time, an impressive hollow structure is formed.

Also, the continuous spraying of water from the top opening of the structure resembles smoke spewing from a lava-filled volcano. 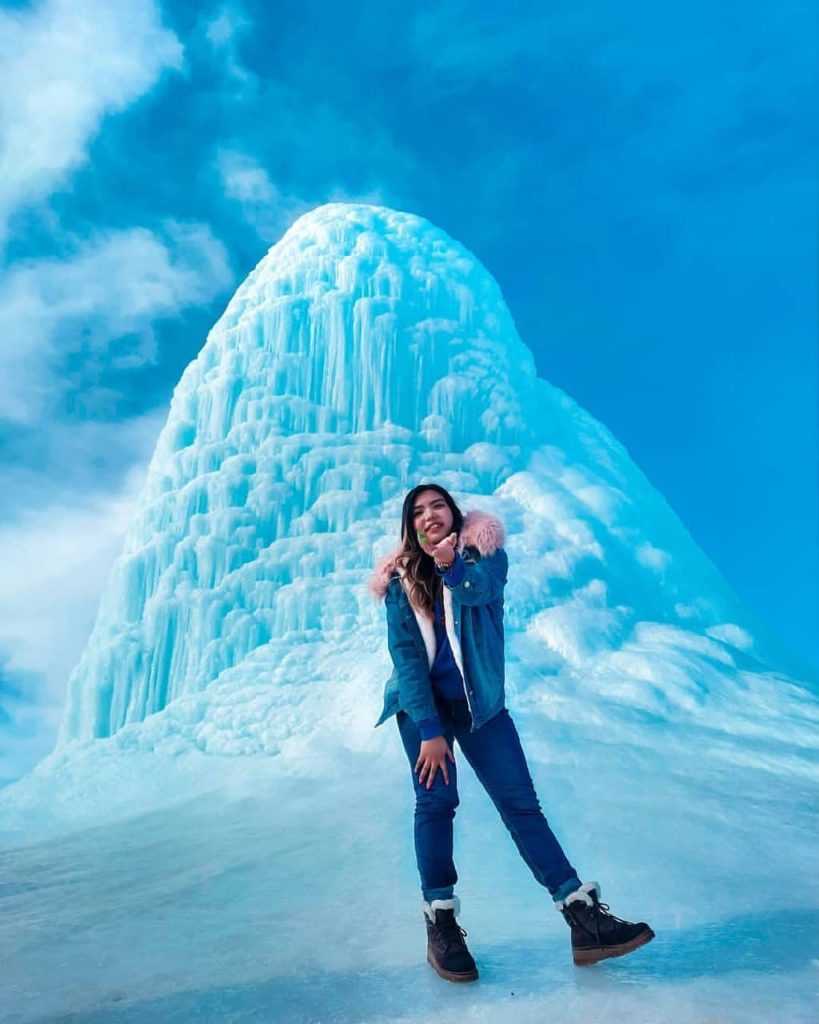 In the past, some scientists have referred to the resulting hollow cone of ice as “ice volcano”.

But, although the shape is similar, this phenomenon is different from rock volcanoes, which spew lava from under the Earth’s crust.

Similar ice cones can be seen in the United states, often on the Great Lakes such as Lake Erie and Lake Ontario.

In those cases, water from the lake pushes under the ice sheet at the edge of the lake, creating mounds of ice.

But it’s in space that ice volcanoes are the most impressive.

In 2016, scientists observed an enormous ice volcano on the planet Pluto, which was 90 miles wide and 2.15 miles high.