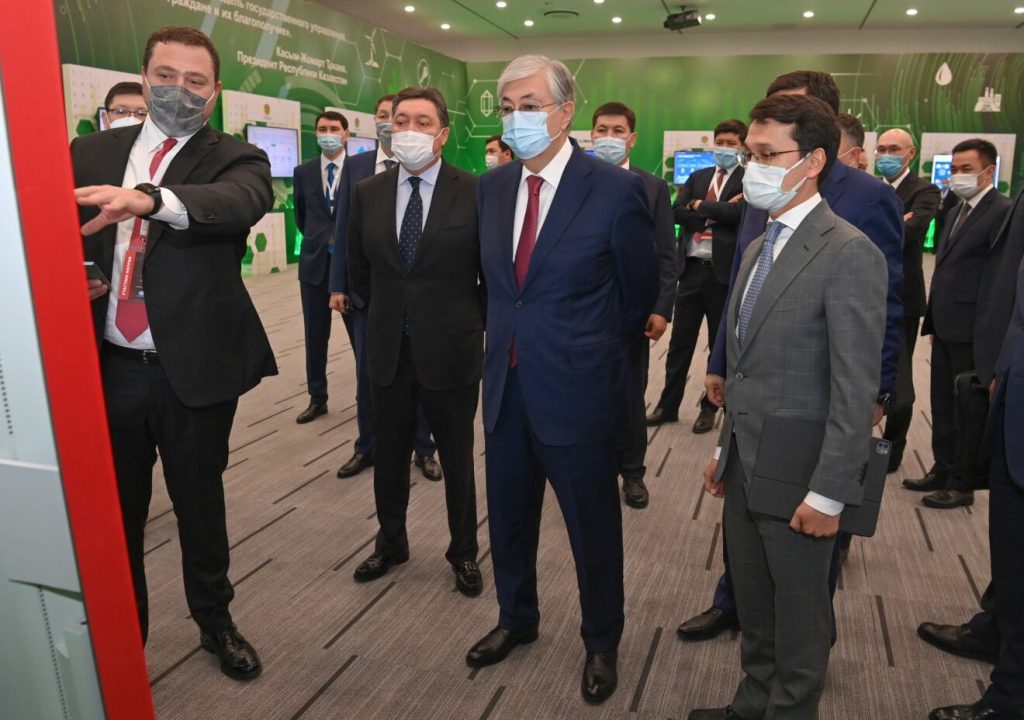 The IPO of Kaspi.kz, one of the region’s leading banking and fintech companies, has contributed to the capital market development, said Kazakh President Kassym-Jomart Tokayev during the recent meeting with representatives of foreign investment companies.

Kaspi.kz became the most expensive publicly traded Kazakh company after it listed its shares on the London Stock Exchange in October 2020.

Its total deal size of the offering ranged between $742 million and $879 million, the company sold $1 million of its shares with a market capitalization of $6.5 billion. Currently, the capitalization of Kaspi.kz already exceeds $20 billion.

Kaspi.kz operates on three platforms including a marketplace, a fintech platform and a payment system.

According to the company’s financial report, its total revenue reached 647.6 tenge million, equivalent to a 41 percent year-over-year increase for the nine months of 2021.

Co-founder and CEO of Kaspi.kz Mikhail Lomtadze said that Kazakhstan has made unprecedented progress in innovation and creation of fintech products at the Nov. 15 Congress of Finance Leaders.

“These products improve the life of Kazakh people. Kaspi.kz is the driver of innovation not only in Kazakhstan, but also is an example of successful super app strategy for many other companies in other markets. Kaspi.kz company was founded in Kazakhstan and our team does all the developments in Kazakhstan,” said Mr Lomtadze.

“The uniqueness of our business is that we provide many services integrated in one app,” Mr Lomtadze explained in a recent presentation. “Some 11 million people use Kaspi.kz Super app and 6 million customers visit the app daily. Only Chinese WeChat has higher ratio of daily to monthly users.”

Users can pay without commissions for more than 5,000 services and purchase more than 1.2 million products on the marketplace. The Kaspi.kz marketplace has more than 80,000 partners.

“Most of them are small and medium-sized businesses that Kaspi.kz helps sell both online and in retail stores. We also provide loans for business development. This is a priority product for us,” added Mr Lomtadze.

Kaspi’s mobile payments and banking app is used by around half of Kazakhstan’s 18 million people — and in less than a decade, the company has helped begin weaning the country off using cash, claiming in September that daily active users of the app had increased 172% over the previous year.

Kaspi says it now accounts for 68% of all electronic transactions in Kazakhstan, a payments footprint almost twice the size of all its competitors combined, including Visa and Mastercard.

“People saw how easy it made their lives,” said Dr Atanu Rakshit, assistant professor of economics at Kazakhstan’s Nazarbayev University.

Kaspi has also emerged as Kazakhstan’s unofficial national online bank for paying taxes and fines, assuming a role that would otherwise be filled by the civil service or a government department, and further driving new user growth across the country. It even helped distribute social benefits during the pandemic.

Revenues grew 32% to $740 million in the first half of 2020. Profits have jumped too, up 50% to $286 million, while payment transactions hit 718 million for the quarter ending September, Kaspi announced, up by 212% year-over-year, as their app quickly conquered the country during the pandemic.

The two most important players at Kaspi are its chairman Vyacheslav Kim and CEO Mikhail Lomtadze, whose stakes are currently worth around $2 billion each.