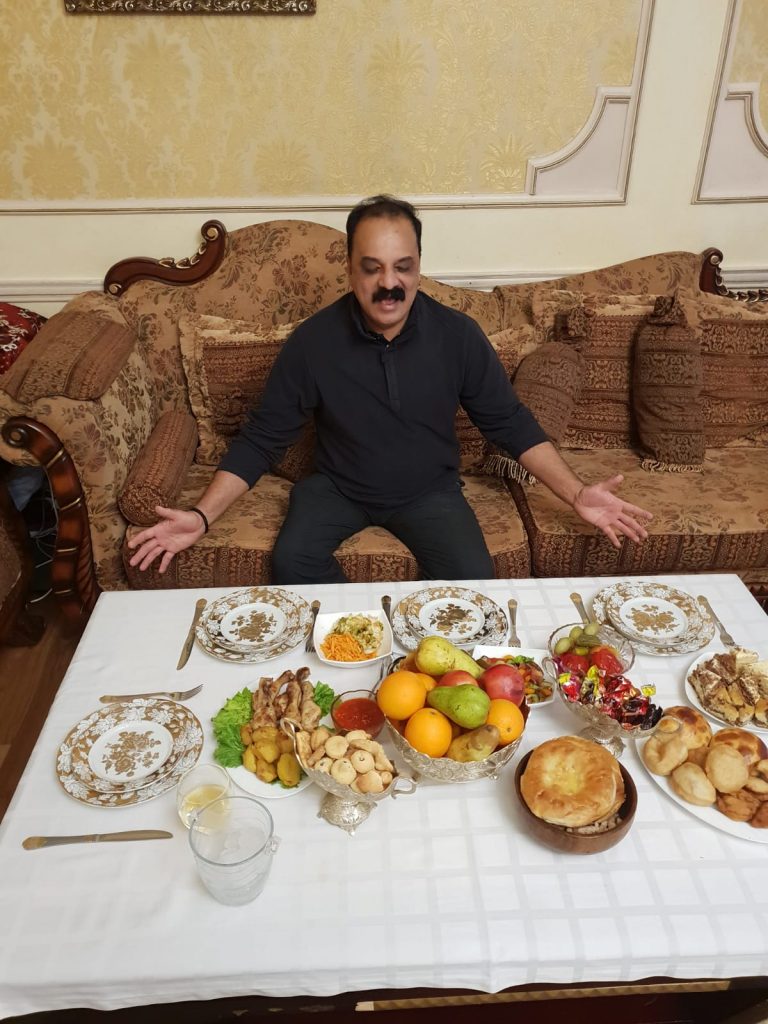 The people of Kazakhstan were a mystery to me when I landed in the country for the first time in May 2015.

Since then, after four more trips till July 2019, I have grown to believe they are naturally warm and hospitable.

Being a country with an extreme cold climate, I initially thought the Kazakhs would be cold to foreigners too, like people in some other countries in Europe are. But I found that they are wonderfully different.

As I slowly got to know them better, I realised they are friendly and welcoming towards guests. They have an old-world charm when it comes to hospitality.

I have had the privilege of being invited to the homes of my Kazakh friends in Almaty, Nur-Sultan and Shymkent and treated to excellent traditional food and drinks. 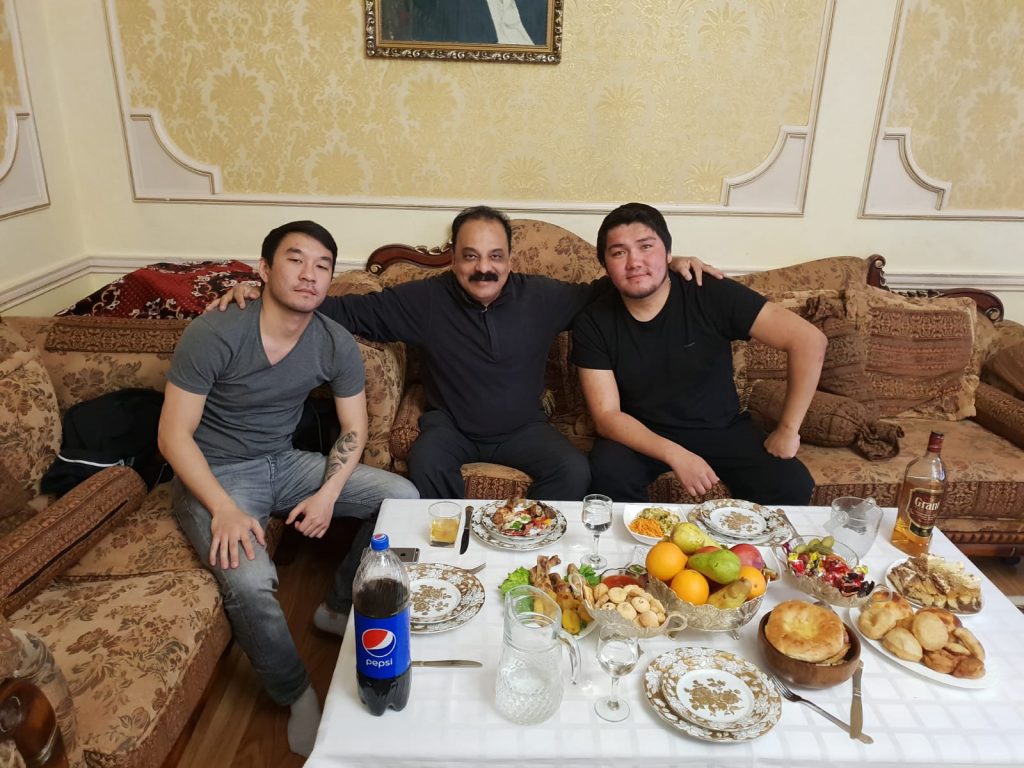 The entire family, including the grandmother, turned up to greet me and spend time with me.

It told me that, if they like a person, they will treat him like a family member. I indeed was treated as one in several Kazakh homes.

A little research revealed that, though the world is constantly changing in its habits, this is one aspect of Kazakh culture that has withstood the pressures of modernity and stress of time.

The strong culture of hospitality developed in Kazakhstan centuries ago is still an identity marker.

The importance of sharing food and drink is a common theme across cultures. But in Kazakhstan it takes on another level of significance.

The Kazakh language has dozens of words for different types of guests, and many proverbs referring to the blessing a guest brings to the family. 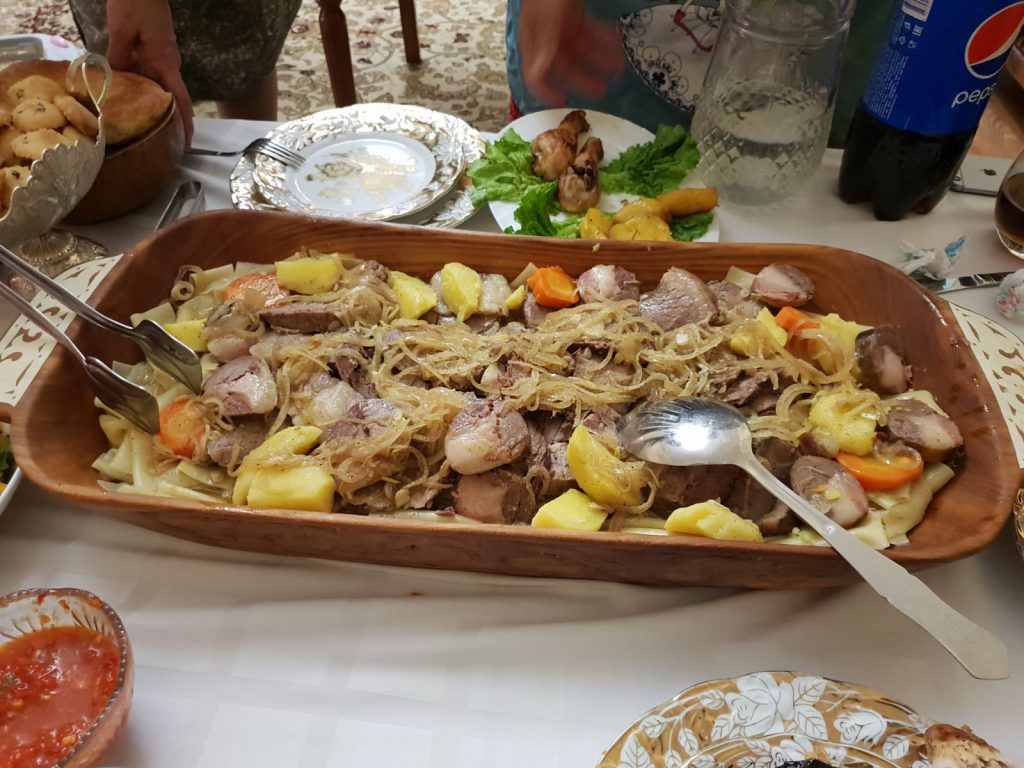 These range from the reverent “Konak keldi – irisyn ala keldi” (If a guest comes, abundance comes with him), the cautionary “A guest sits briefly, but notices a lot” to the outright threatening: “If you don’t accept the guest, there won’t be any happiness or abundance in your home”.

I understood that the most delicious meal in every family is kept for guests and an unexpected guest is named kudaiy konak – “a guest sent by God”.

At my friend Temirlan’s three-storied house in Almaty I was welcomed by a sumptuous dastarkhan (table setting), with baursak (puffy, fried bread), sweets and beshbarmak (the national meal of boiled horse meat with pastry noodles and potatoes).

He brought his grandmother to meet me. His mother made all the dishes herself. And the entire clan entertained me.

I quickly learnt that a variety of food is essential for the host to demonstrate his generosity. 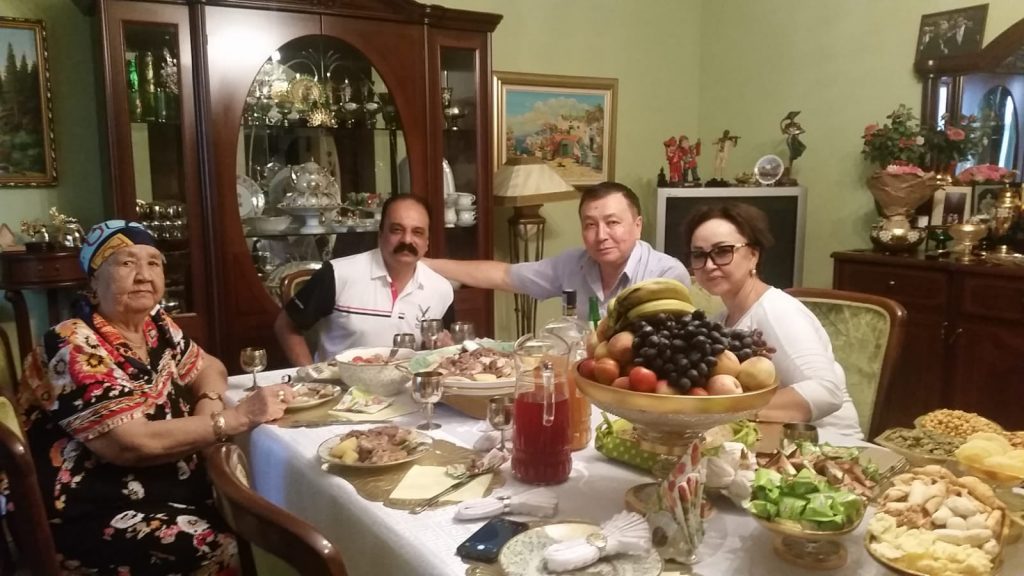 In other Kazakh houses in Nur-Sultan and Almaty, the menu generally consisted of three parts – cold cuts and dishes made from horse meat, including kazy, karta, zhaya or beshbarmak; dishes from the Russian or Uzbek cuisines like manty (dough filled with meat) or plov (rice with meat); and an elaborate tea-drinking ceremony with a variety of fruits, cakes, candy, cookies, raisins, dried apricots, nuts, homemade jam and baursak.

The oldest guest gives a blessing at the end of the feast. Before that, there were several rounds of toasts, including me praising the hosts for their generosity, love and friendship.

Mrs Amanat Zholamanova, 58, my friend’s mother, told me that the tradition of hospitality is the most reliable way to preserve and strengthen family ties.

She does a lot of work to prepare for guests. 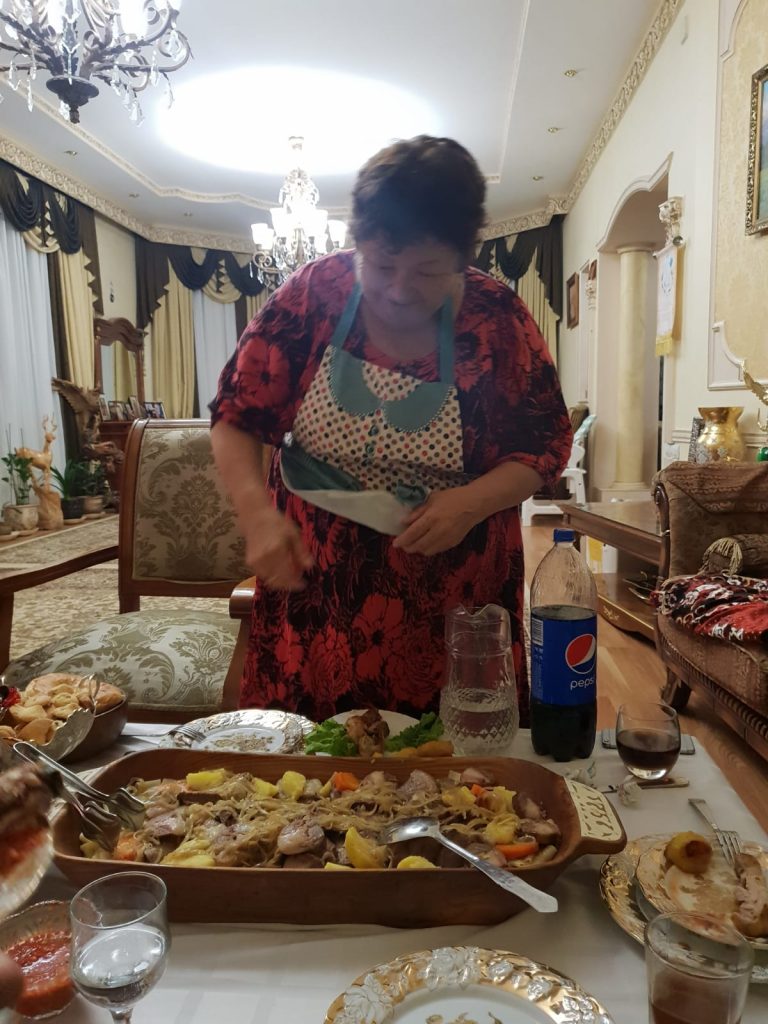 “My husband decides who to invite,” she said. “My daughters go shopping and make salads and cakes. I make all the main dishes myself. The key is to amaze your guests with your spread.”

I was loaded with Beshbarmak, or the “five-finger dish”, at most houses I was invited to. It is obviously the most prestigious part of the meal and has a certain symbolism characterised by ritual distribution of various parts of the cooked meat.

“Making beshbarmak is traditionally passed down,” said Ms Asima Kurlash, 38, a travel company director I met in Nur-Sultan. “My mother taught me how to make the delicious meal for a big gathering. I never experiment with it.”

She explained that the idea is not just to invite people, but to share some joyous moments in life with friends and relatives.

“The most valuable thing is to do it all by hand,” she said. “Of course, you can buy or order food, but handmade meals are a sign of respect for your guests.”

The culture of being a good host makes practical sense to Kazakhs even today.

Back when they were nomadic and spread across the vast steppe, it was wise to be generous to a visitor, as a host did not know when he would need that kind of hospitality himself. 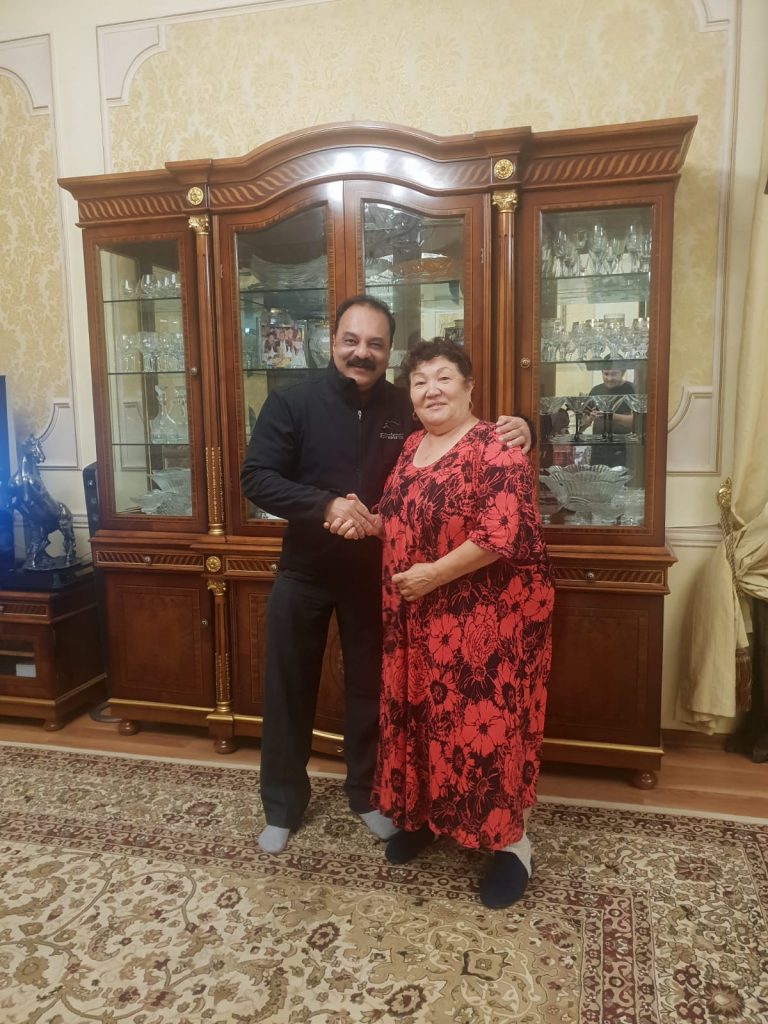 But a guest was more than that – the visitor also meant entertainment and a very necessary connection to the outside world. A guest was a harbinger of nourishment and fortune of all kinds.

Amazingly, the sacred values of community, friendship and hospitality, that have helped Kazakh nomadic culture flourish for centuries, live on fervently in modern relations.

In the same way that a nomadic tribe would bow before the social obligation to provide a hungry guest with food or allow a stranger to simply leave a gift in exchange for stealing an animal caught in someone else’s trap, the Kazakh people remain helpful and acceptable.

Despite years of adapting to Soviet rule, the traditional value of hospitality persists.

It has become a deeply entrenched aspect of Kazakh identity – the ability to be a good host is considered an important part of a person’s character.

It is a huge contrast to the cold trend prevailing in hot Singapore: Here people mostly entertain guests at restaurants. Invitations to homes are rare.

I love and respect Kazakhs for still maintaining the old-world tradition: Hospitality is expressed with warm welcomes and giving guests the place of honour at the table.

I totally agree with the expression: “Kazakh hearts are like the steppes — wide, kind and generous.”