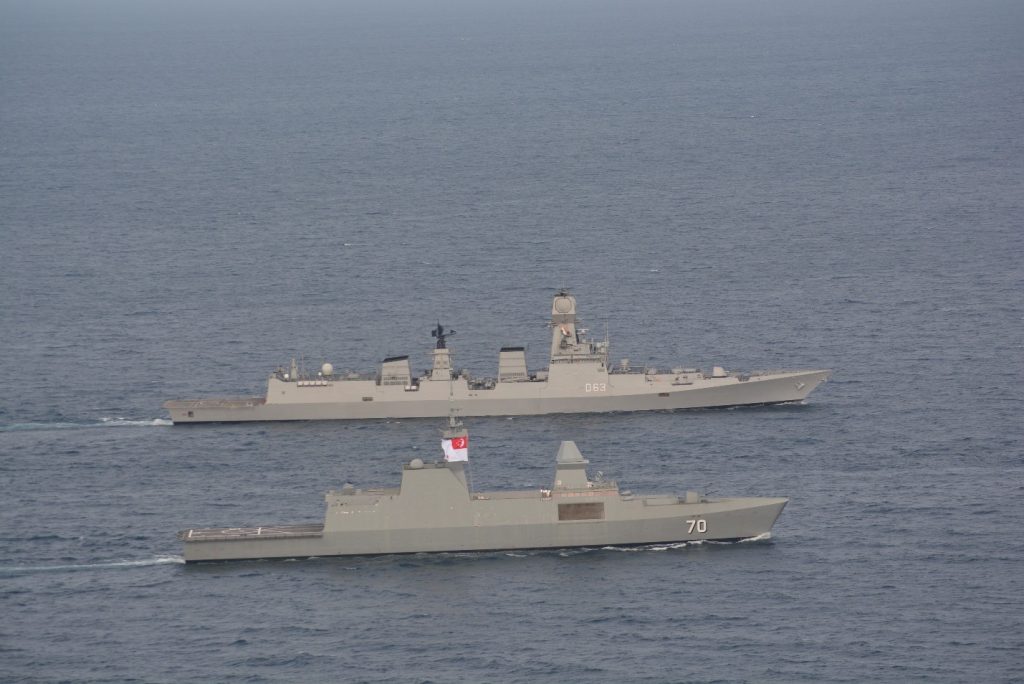 Indian Navy and the Republic of Singapore Navy conducted the 2019 edition of their annual Maritime Bilateral Exercise (SIMBEX-19) from 16 to 22 May 2019.

One Kolkata class destroyer (INS Kolkata), one fleet tanker (INS Shakti) and one P8I maritime patrol aircraft of the Indian Navy participated in this edition.

The air component included one Fokker 50 and four F-16 fighter aircraft of the Republic of Singapore Air Force.

After being enthused by the significant interest from IMDEX-19 participants, as reflected in the quantum of high-profile visits, the Indian Navy ships continued to remain in Singapore to prepare for the SIMBEX-19 alongside their RSN counterparts.

The Harbour Phase, conducted from 16 to 18 May 2019 not only included a series of planning meetings but also simulated tactical exercises and interactions between experts in various domains of maritime operations including HADR and Damage Control.

A lot of stress was laid on safety aspects during the Harbour Phase.

The crew also took time out from their busy harbour engagements to take to the sports field, an interaction that is always most cherished by men and women in uniform.

These interactions helped the crews of both sides to perform their tasks at sea in better unison, more efficiently and with full regard to safety compliance.

A solemn Opening Ceremony was performed in Singapore on 18 May which was followed by a grand reception onboard INS Kolkata.

The scale of participation in both these events and the mood of the attendees truly reflected the close bonds shared by the people and navies of both nations at personal and professional levels.

The Sea Phase that followed from 19 to 22 built upon the harmony achieved in the harbour phase, albeit in a far more realistic environment.

It was indeed a matter of pride for both forces to have executed most demanding manoeuvres with great elán and a series of joint maritime exercises in perfect synchronisation.

The evolutions at sea included all dimensions of naval warfare as well as live firing. 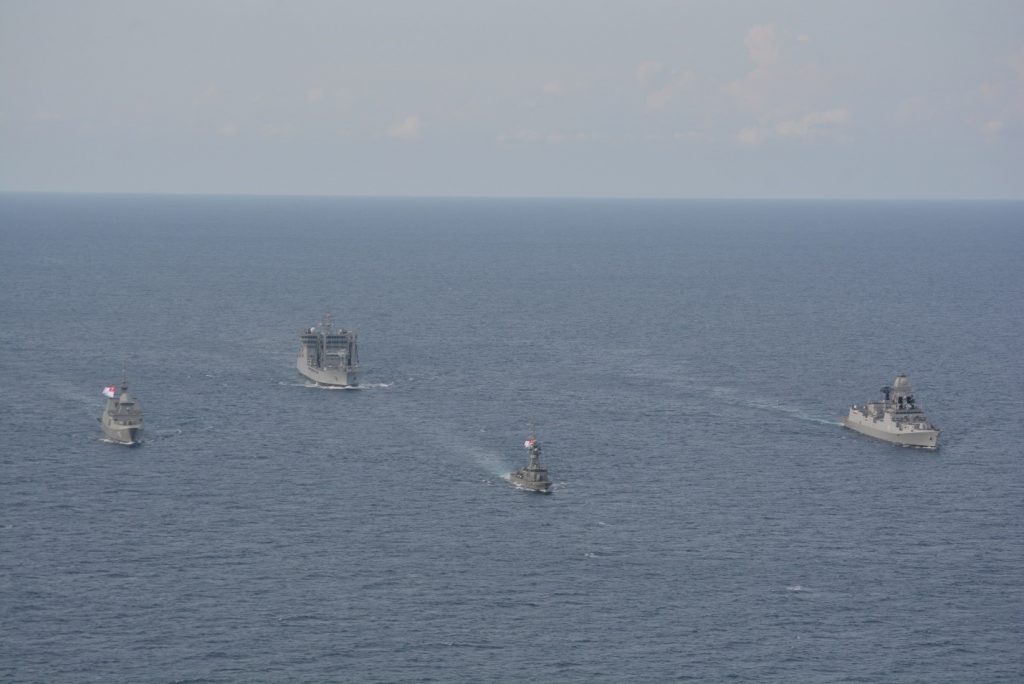 Both sides also sent their personnel to each other’s ships and aircraft as Sea and Air Riders to provide greater exposure to the functional aspects and working culture of the participating units.

The unison achieved in joint operations was indeed a testimony to the 26 years of cumulative experience.

Successful conduct of SIMBEX-19 further consolidated the scale of operational engagements between all three armed forces of both nations and was indeed an expression of continued commitment of both sides to enhanced defence cooperation.

The Government of India and the Indian Navy remain committed to peace, prosperity and security of the Maritime Commons and endeavour to build lasting bilateral and multi-lateral partnerships in pursuance of this shared vision.