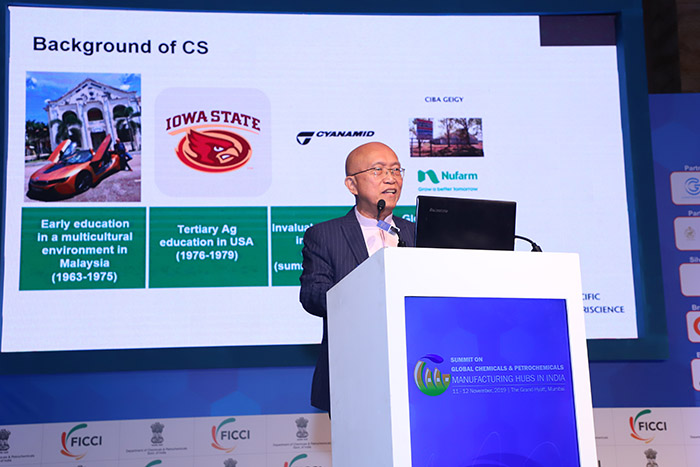 In an ideal world, food demand and supply is balanced. Countries that are blessed with land and water produce more than they need and export the excess to those that are not so blessed.

The equilibrium is in fact tilted towards over-production of food, cheered on and championed by political and social forces of governments, as well as by the Food and Agriculture Organisation of the United Nations, to ensure that the poorest are fed. As a result, food is not only abundant but very affordable to most people around the world.

This scenario still does not sit well with food deficient countries due to a fear of wars and climatic changes that could disrupt supplies. The ongoing Covid-19 pandemic has brought food security to the forefront of not only food deficient countries but also those with abundant production and supplies during normal times. The food production process was also disrupted due to lockdowns to contain the virus.

Food security and food requirements to feed the expected 9.7 billion people by 2050 from the current 7.7 billion has suddenly been made more intense and urgent.

Pre-pandemic scenario
A common strategy adopted by food deficient countries in addressing their food security concerns has been to acquire farms and farmland in countries that have plenty of them. It’s a well-known fact that China has been buying them up in Australia and New Zealand while Middle Eastern countries have been doing the same in parts of Africa. Singapore on the other hand has invested in food production projects in China with mixed results.

Such a strategy, however, has resulted in public outrage in those countries in which farms have been sold to foreigners. Therefore, this strategy is not sustainable.

Many countries such as Brazil with lots of land that is rich for agriculture, though in need of capital to open up for food production, are not making it conducive for investment by not allowing foreigners to have a majority-shareholding in farming.

This food security issue, for food deficient countries, has not only been unresolved but has become more intense and urgent in light of the pandemic.

During the pandemic
The global lockdowns to contain the spread of the coronavirus have disrupted not only the food production process but also the supply chain. Farmers were not able to get the needed labour to harvest their crops. Even if the crops were harvested, the logistics were equally disrupted such that they couldn’t get to the marketplace.

Perishables such as vegetables in Malaysia, ornamentals in Holland and milk in the US were dumped at the farm level while supermarket shelves were not as well-stocked as they normally are. Abattoirs with significant numbers of confirmed Covid-19 cases in the US were forced to close their operations leading to some farmers having to euthanize their herds of cattle that couldn’t be slaughtered and processed.

With the closures of the tourist trade and restaurants, demand for certain food items was significantly reduced, leading to losses at the farm level around the world.

In poorer countries such as India, this situation causes nervousness and panic in the agricultural inputs supply chain leading to severe tightening of credit. It is a situation where “cash is king” but unfortunately, with farmers having lost their previous harvests and crops, cash is not there for planting their next crop. Compounding this cash-tight issue is the fact that India lost thousands of tonnes of rice exports due to port lockdowns.

Fortunately, by and large, the world did not see a huge spike in food prices during the pandemic. This is because while some crops were not harvested or destroyed after harvest, the reduction in overall demand arising from the lockdowns meant that supply and demand was still in balance.

As food is a sensitive item from a social and political standpoint, it is envisaged that a significant portion of economic stimulus packages rolled out by governments of both rich and poor countries will reach the farming communities, enabling them to continue planting the next crop.

While food deficient countries felt the impact of the pandemic the most, farming communities such as those in Australia were also impacted. Dependent on supplies of machinery parts and agricultural inputs such as fertilisers and crop protection chemicals from China, India and Europe, countries such as Australia have their share of concerns as well since shipments were delayed and disrupted.

Post-pandemic scenario
As mopping up of overseas farms is not a sustainable strategy for addressing food security, what do food deficient countries such as Singapore do? The government has rolled out $21 million to help local farmers “grow more and grow faster” in light of the pandemic.

However, Singapore does not have the land and manpower resources to increase even vegetable production, which currently meets only 7% of domestic needs. The government aims to have 30% of domestic demand for vegetables and fish produced locally by the year 2030. A major part of the strategy is centred on indoor and vertical farming as well as lab-produced meat.

The key issue with vertical farming is the high initial capital investments needed to get the farms set up. It means that this urban farming method is not for small farmers but corporates.

Though output per unit area of land is said to be five times more than what traditional on-the-ground farming can produce, I suspect that the lack of economy of scale compromises the efficiency. In land-abundant countries, traditional farmers are not faced with such high capital expenditure and scaling up production is not an issue. Moreover, such vertical farming operations can produce mostly greens and salad items only.

If indeed vertical farming is an answer to increase in local production, the eight-year old, single vertical farming operation Sky Greens in Singapore should have been replicated five or 10 times, or even 20 times by now.

Higher cost of local production is compounded by the government’s need and objective to provide food at low and affordable prices to consumers. This means a continuation of a policy to import food from the lowest cost producers around the world. Hence, local food producers can’t be assured of a positive return on investment unless the government subsidises local production costs.

Lab-grown proteins, whether derived from animal cell cultures or plant-based, have issues of low acceptance by consumers and are not exactly solving the air pollution issues arising from animal farming. The latter produces methane mostly, but it lasts in the atmosphere for just 12 years whereas carbon dioxide produced from labs growing meat lasts hundreds of years. Besides, labs can thus far produce just hamburger patties and not steaks.

Increased local food production is tagged along with reduction of food waste as a solution. But promoting waste reduction will not solve the problem. Food is relatively cheap and it takes up such a small percentage of the disposable income of relatively rich Singaporeans. The same goes for all wealthy countries. Being relatively cheap, it is not worth keeping, if not sold by a certain date by the retailer or not eaten by the consumer over one meal.

So, it does not look promising in terms of producing more food in land-scarce and labour-deficient countries.

What’s realistic
Investing in existing and well-run farming operations in friendly food exporting countries appears to be the most viable option. In the case of Singapore, Australia and New Zealand would be the first ports of call. Not only are they net food exporters, they have long-standing relationships with Singapore. On top of this, they are developed countries with good agricultural practices that assure food safety as well.

The investments could be in the form of crop production joint-ventures in return for a certain percentage of produce or simply financing the crop production.

In order to have a higher degree of assurance or security of supplies, especially if potentially faced with local shortages for whatever reasons, there ought to be some form of  government-to-government bilateral agreement in place as well.

The contracting countries should have a robust and resilient regime to deal with future pandemics so that the food production process and supply chain will not be disrupted.

Aside from providing capital to secure food supplies, one could also acquire and control strategic input (seeds, fertilizers, and crop protection chemicals) producers and manufacturers, which makes the relationship with contracted farmers more secure and binding. The two contracted parties become interdependent which strengthens the assurance of food security.

Conclusion
Food security and food safety need to be addressed by food deficient countries in a sound, realistic and sustainable manner. The normal practice of sourcing and importing from the lowest cost producers is fine and good when there are no disruptions in the production process and supply chain. It is most cost-efficient as there is no upfront financial outlay. But as learnt from the Covid-19 pandemic, this is not possible when conditions are abnormal. Investments in farming operations suggested above require some upfront financial commitments. So, food security comes with a price.