At the Food Security Summit held at the United Nations Convention Center in Bangkok in December 2013 most presenters were barking up the wrong tree by clamouring for increase in food production when it is at an all-time record high that year. 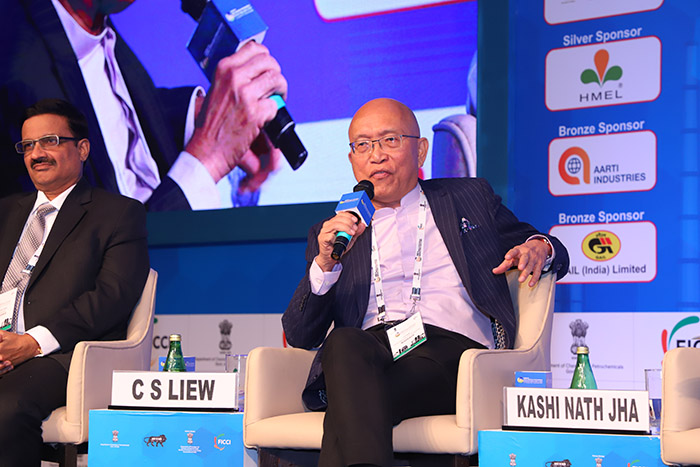 Thirty percent of food produced is lost post-harvest, 15-20% is wasted on dining tables, some food warehouses (especially the rice ones in Thailand) are bulging with lack of demand, many farmers around the world are going broke or making no money.

The rallying cry for increase in food production and agricultural productivity centres on the need to feed the 800 million or so who are malnourished as well as the often-cited prediction in growth of world population from 6 billion to 9 billion by 2050 and therefore the need to double food production.

So, I raised my hand at question time to paint the over-supply scenario we are in. I added that unless we addressed the issues of food politics, food value (in fact, the lack of it!) and distribution to where it is needed, we will never solve the issues of the 800 million who are malnourished!

Even the Asian Development Bank talks about “high food prices”. In a “working paper” entitled: “Food Security Challenges in Asia”, it says….”Despite the region’s rapid growth, hundreds of millions of people suffer from malnutrition. High food prices significantly reduce the real income of the poor and constitute a setback in Asia’s achievement of poverty reduction”.

This is so wrong in its analysis and conclusion! Food is in fact too cheap, especially at farm gates. That’s the fundamental reason there is so much of it being wasted — it is simply not worth saving it. Post-harvest technologies are there for it. Farmers will use these technologies if there is a positive return on investment (ROI).

On the contrary, my own analysis and conclusions are:

When you have no or very little income or money, I can make food dirt cheap and you still can’t afford to buy enough and eat enough of it! The average Americans spend only about 10% of their disposable income on food, Australians, Japanese and British 20% and Indians 50%.

Malnutrition has its roots in the low economic development of the area or country where they live. If there are no jobs or gainful economic activities, they are going to face issues with buying food, regardless of prices prevailing.

If local food prices in the poor countries and areas go down any further than they are now, there will simply be even more poor people there because in those places local farmers are going to fare even worse than they are now.

It appears to me that the simplest and effective way to solve the issues of these millions suffering from malnutrition is to generate economic activities there to allow them to earn a decent income to pay for food.

When they can pay, automatically, food will show up! I guarantee that! Education is the foundation. Wiping out corruption and selfish acts of people in power in these countries and areas is the key.

Having said the latter, how on earth can one do that?

As for feeding the predicted increase in world population, my view is that even if we hit the 9 billion 10 years from now and not in 2050, we can produce and deliver all the food that is needed, if there is money in doing so.
The needed agri-technologies are already here. For instance, hybrid rice varieties with 9 MT/Ha yield potential exist but some farmers planting these are getting only 3 MT/Ha. Why? Because they hadn’t provided the extra water, fertilisers and other inputs for generating the extra 6 MT.

And why didn’t they? Because, if they did, there would be over-production and the price of the output would go down and they would not get a positive ROI.

The limiting factor in increasing food production, if indeed needed at a point in time in the future, is water – clean and uncontaminated water!

The Water Security Summit in early 2014 will no doubt address this critical factor.