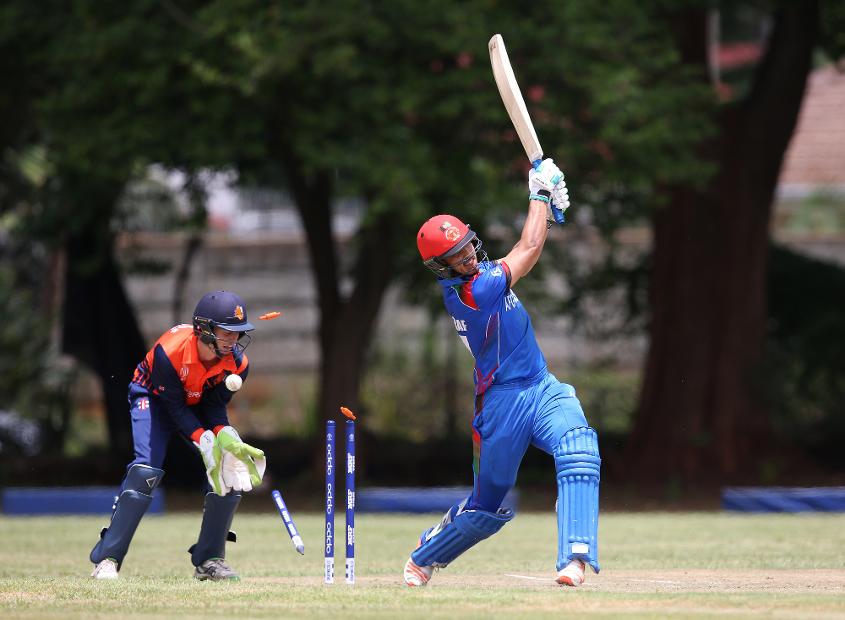 In what is undoubtedly the most important men’s tournament of 2018, 10 leading and proud cricket nations will go head to head in a cut-throat ICC Cricket World Cup Qualifier 2018 to fight it out for the remaining two places at the ICC’s pinnacle 50-over tournament – the ICC Cricket World Cup 2019 – which will be staged in England and Wales from 30 May to 14 July.

Two-time former world champions Windies are top-seeded in the tournament, which will be played across four venues in Bulawayo and Harare from 4-25 March. The Windies, who were clearly far from their best in the two warm-up matches when they lost to Afghanistan and barely won against the United Arab Emirates (UAE), will open their campaign on Tuesday, 6 March, against the UAE at the Old Hararians.

Alongside the Windies and the UAE in Group A are Ireland, the Netherlands and Papua New Guinea (PNG). On the opening day on Sunday, fourth-seeded Ireland will square-off against the Netherlands at the Old Hararians, while PNG will take on the UAE at the Harare Sports Club.

Second-seeded Afghanistan lead Group B, which also comprises third-seeded hosts Zimbabwe, defending champions Scotland, Hong Kong and Nepal. Afghanistan will launch their campaign on the opening day on Sunday against Scotland at the Bulawayo Athletic Club, while Zimbabwe will face Nepal at the Queens Sports Club.

Each side will play the other teams in their group once with the top three from the groups progressing to the Super Six. The teams will each play three Super Six matches against the sides they did not meet in the group stage. All points won in the groups (two for a win, one for a no-result and zero for a loss) will be carried over to the Super Six stage apart from those gained against the bottom two from each group.

The top two teams in the Super Six stage will qualify for the World Cup and also contest the final to be played at the Harare Sports Club on 25 March, while the Netherlands (ICC World Cricket League Championship winners) and the three highest finishing Associate Members will earn ODI status till 2022.

The Netherlands v Ireland (Group A)

In the feature match of Group A, the Netherlands will meet Ireland with statistics heavily in favour of the Irish side. In 10 ODIs between 2006 and 2013, the period in which the Netherlands enjoyed ODI status, Ireland won seven, lost one with one no-result, while their last encounter in the ICC World Cricket League Championship at the VRA Ground in July 2013 had ended in a tie.

The two sides had also met in the ICC Cricket World Cup Qualifier 2009 match in Pretoria on 15 April 2009, in which Ireland had comfortably defeated the Netherlands by six wickets.

However, the Netherlands captain Peter Borren insisted his side was better prepared for this tournament than some of the other sides and added his side had a slight advantage over Ireland having played both the warm-up matches at the venue of the tournament opener.

“Our preparations have probably been better than some of the other teams which have been affected quite nicely by the weather, but we have been pretty lucky apart from Thursday against Afghanistan,” said Borren, who had also played in his side’s only ODI win against Ireland in February 2007 at the Nairobi Gymkhana.

“We play our first game against Ireland at the same venue where we played our two warm-up matches, so it’s an advantage we have over them. In saying that, Ireland are very a good side and we will have to be at our very best to win that game.

William Porterfield said Ireland was a side in form and that given the nature of the format and stake involved, every match will count.

“We are very confident. We have played some very good cricket over the last few months. We won a couple of importance series and played some good cricket along the way,” said the Irish captain, adding: “The confidence was shown in the warm-up match against Scotland when we got into a tricky situation, we had the confidence that took us over the line and that will boost our confidence even more.

“Every game is going to be a tough game, no matter in which group you are in. I have seen a few interesting scores in the warm-up games, so we don’t know how the pitch is going to play in Harare.

“When you look at the scores and judge from the scores, it can be a pretty level playing field just with the surfaces. It is going to be interesting to see what a good score is, what is going to be a defendable score and things like that.

“It is not a competition (in which) you can afford to lose many matches. It is important that first and foremost you qualify for the Super Six stage to give yourself that chance and take through as many points as possible.”

In the feature match of Group B, title favourites Afghanistan will go head to head with defending champions Scotland in a One-Day International match at the Bulawayo Athletic Club in Bulawayo.

The match is also significant because when Rashid Khan, the world’s number-one ranked T20I and ODI bowler, will go out for toss with his opposite number Kyle Coetzer, he will become the world’s first teenager at 19 years and 165 days to captain a men’s international side and the youngest player ever, male or female, to captain in a full international match.

Zimbabwe will aim to entertain the home ground and make a winning start to the tournament when they take on Nepal at the Queens Sports Club.

“Playing in our home conditions and having home support is special for us. I’ve played here in the 2003 World Cup, and it’s really uplifting. So, to play in front of our home supporters is really going to be enjoyable,” Zimbabwe coach Heath Streak said.

“I think the wickets here are really good and flat and suit our bowling attack a bit better, especially with the overhead conditions. We have really good swing bowlers in our attack, and our batters are used to batting here at the Queens and the BAC, which are really good batting strips.

“We are in a tough group and cannot take any team lightly, but we are looking forward to the challenge ahead.

“It will be massive (to qualify for the World Cup 2019) especially given that there will be 10 teams. We have enjoyed playing in the past World Cups, it is something that most players aspire to achieve in their careers. It will be massive not just for the players but for the country to go to England and Wales next year and play in a World Cup.”

Nepal captain Paras Khadka, whose side finished second to the UAE in Namibia last month, said his side was looking forward to making an impression against the higher-ranked nations. “We are very excited to be here. Division 2 was a very tight tournament for all the teams, but we somehow managed to come through. So, so are now looking forward to this tournament.

“Pressure is probably on the bigger teams, but for us, we have the belief that we can go all the way through and for that we will have to take one game at a time.”

Papua New Guinea (UAE) and the United Arab Emirates (UAE) will resume their rivalry when they will aim to make a winning start in their quest to, at least, retain the ODI status, even if they don’t qualify for the World Cup.

The two sides played a three-ODI series at the Zayed Cricket Stadium in Abu Dhabi in March 2017, which the UAE won by 2-1.

In contrast, PNG had qualified for this tournament after finishing inside the top four of the ICC World Cricket League Championship in fourth place behind the Netherlands, Scotland and Hong Kong.

Sunday’s fixtures (matches start 09h30 local time, matches featuring the Netherlands and Nepal will be classified as non-ODIs as the two sides don’t have ODI status coming into this tournament):