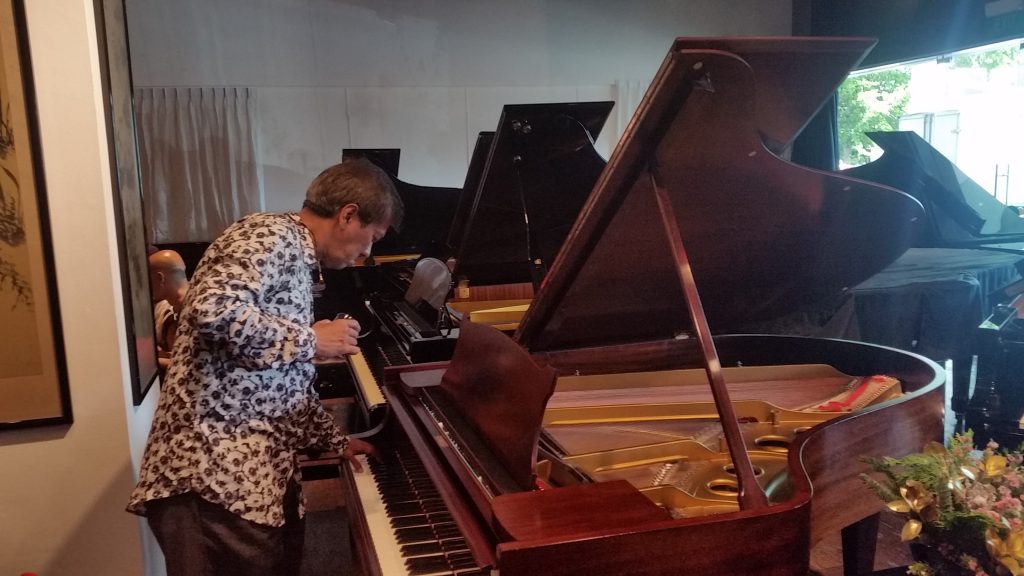 Emmanuel & Sons’ Mingle & Tinkle Christmas Tea Party on Sunday (December 17) was the perfect occasion to understand why Fazioli pianos are considered the finest in the world.

Several Singapore performers played numbers on the pianos to stunning effect. These included a wonderful duet by Boni de Souza on the Fazioli F278 and Kailin Yong on the violin and similar performances by Ukrainian couple Yuliana Rumiantseva and Alexander Korniev. Danny Koh, who performs every week at the Shangri-La, also produced classy music on the pianos.

Emmanuel & Sons, founded by Mr Kwan Ek Sion, a pioneer local piano artisan, sells Fazioli pianos in Singapore. A whole range, with prices starting at $120,000, is displayed at its showroom at Kallang Way.
These pianos are the brainchild of Paolo Fazioli, an Italian pianist and engineer hailing from a family of carpenters, who wanted to create the best piano in the world. He brought out his first piano in 1981 and since then the Fazioli factory in Sacile, north-east Italy, has been producing a series of best-sellers, which have been hailed as the best in the world by the likes of jazz legend Herbie Hancock and the leading interpreter of Bach music Angela Hewitt.

The company makes around 100 pianos a year with each one taking more than two years to complete. Many of the parts are plated in 18K gold to prevent corrosion. The heart of each Fazioli – the soundboard – is made from the wood of the same trees found in northern Italy’s Val di Fiemme forest which Antonio Stradivari once used to carve his famous violins.

The Fazioli F308 is the world’s largest piano at a staggering length of 10 feet and two inches. It comes with the option of a fourth pedal, which allows the pianist to soften the sound without changing the voice or timbre.

Bigger and better Singapore Festival of Fun
To Top