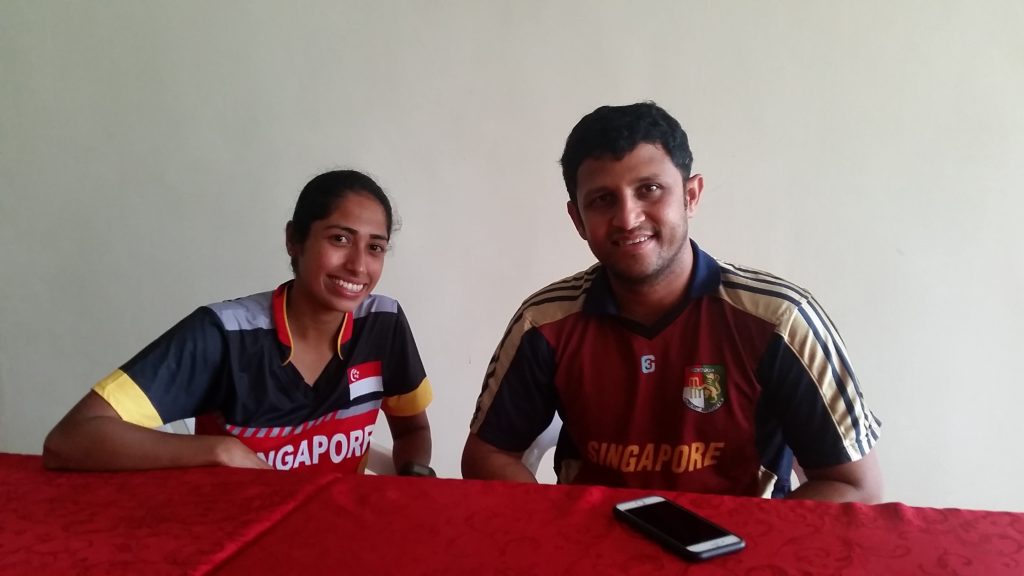 The setting up of SportsKingdom is an ambitious venture by Singapore cricket personalities Chetan Suryawanshi and Diviya G.K. to provide training and facilities to those who have a passion for sports but do not know how to find the best solutions. In tandem with Tokyo-based information technology specialist S. Sesha they have come with an app that speeds up this process and reduces time spent on searching for the most suitable trainers and grounds.

“Sesha and his team have developed an app, which, like Uber or Grab, helps players to find good coaches and venues,” said Chetan, 32, the captain of the Singapore men’s cricket team. “It also gives detailed analysis of a player’s performance which is useful in correcting his technique and points the way to further development. We have started with cricket since we know it the most.” Diviya, 30, is the captain of the national women’s cricket team.

The pair launched SportsKingdom in June 2017 and CricKingdom in November 2017, after which they were contracted to coach players for five years at the newly-formed MS Dhoni Cricket Academy operating out of St Patrick’s School. Chetan and Diviya will take along 18 other qualified coaches, all national players, to train the members of the academy, which will be inaugurated on Saturday (January 20) by Indian cricket great Mahendra Singh Dhoni.

“Ours is a one-stop solution,” said Chetan. “We can provide the best coaches and the most ideal venues for cricket players. Even one-on-one sessions. We have developed a curriculum and all our coaches are equipped with video analysis equipment which provides instant feedback to the players on mobile phone. Every month we also arrange a feedback session to monitor their progress. Children get special individual attention. The players can even buy equipment at company prices in India. The only extra charge is for transportation.”

Six girls, all school students, have signed up to be trained by CricKingdom’s coaches at the MS Dhoni Academy. All six enjoy playing cricket but previously did not know where to go for improving their skills. “There is no cricket academy for women here,” said Diviya. “So, this is a kind of first. We plan to have a full-fledged women’s team by the end of the year who will play in international tournaments.”

The Singapore women’s cricket team need a bigger pool of players. Currently, they have about 18 players to choose from.

Diviya and Chetan also plan to start a tournament for schools, featuring both local and international schools, this year. The matches will be played over two days which will give the budding talents more chances to express their full potential. “Singapore cricket has come a long way,” said Chetan. “But it is still below international standard. With structured training, more young players will be available for national team selection.”

The duo also believe that their method will encourage more national team players to take up coaching as a full-time career. “Through cricket they can earn a decent income every month and it will also encourage them to go regularly for national-team training,” said Diviya.

Chetan and Diviya have plans to take their cricket coaching methods to neighbouring countries and extend their services to other sports, like badminton.