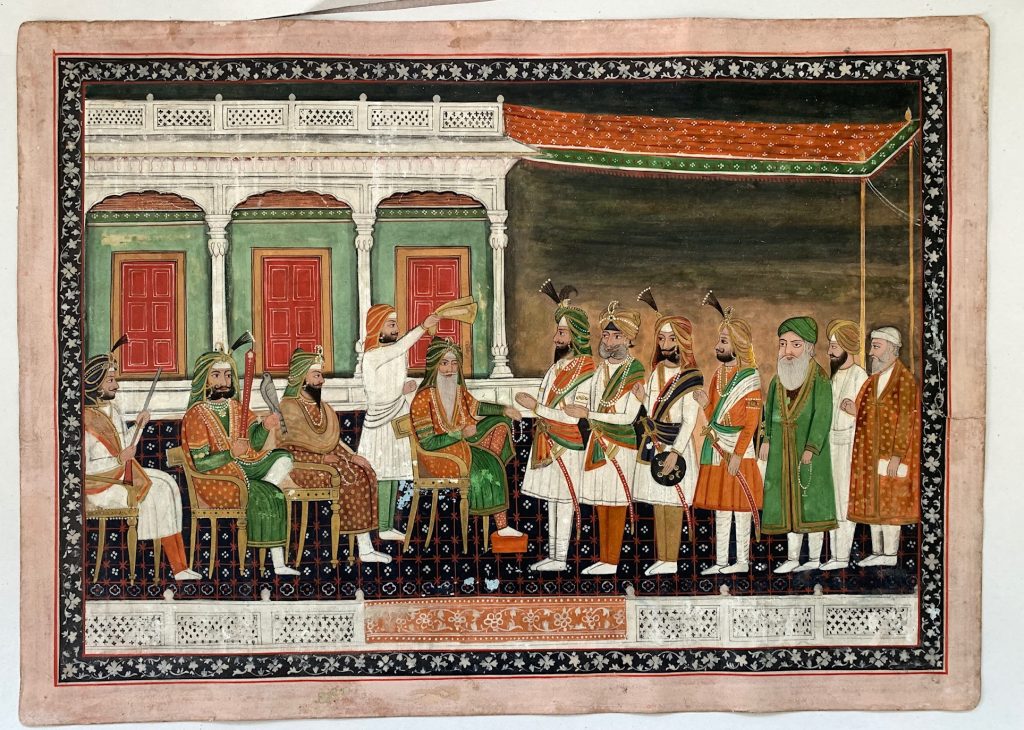 The Sikh community’s long history in Singapore can be traced back to the late 19th century, with their arrival here from the Punjab region in India, via the port of Calcutta, to join the Sikh Police Contingent under the British colonial administration at the time. The community firmly established itself here over the years and its members have long been
recognised for their societal contributions as soldiers, policemen, volunteers, athletes and more.

These identities only scratch the surface of a deep, rich history and culture, which will be expounded and celebrated in Sikhs in Singapore – A Story Untold, the Indian Heritage Centre’s (IHC) first exhibition dedicated to Sikh heritage.

The exhibition invites visitors to gain a deeper understanding of this small but prominent Singapore Indian community by telling its lesser- known stories in three parts: Roots, which explores the origins of Singapore’s Sikh community, from its beginnings at the crossroads of civilisations in the Punjab to the birth of the Sikh faith; Settlement, which presents the narratives of Sikh migrants in Singapore, revealing the story of the nascent original community and some of its prominent members; and Contemporary Perspectives, which offers glimpses into the experiences of contemporary Sikhs, highlighting the ever-evolving Singaporean Sikh identity and the community’s contributions to the nation. 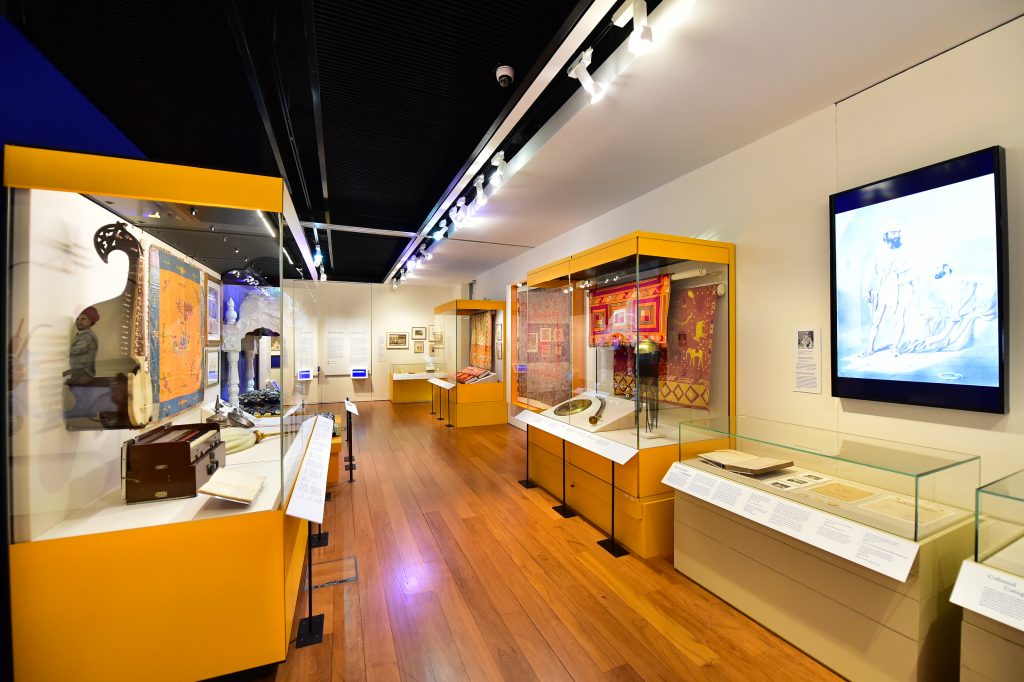 Mrs Maria Bhavani Dass, General Manager of IHC said: “The Indian Heritage Centre is indeed honoured to present this special exhibition – Sikhs in Singapore – A Story Untold. We are very thankful to Sikh organisations and the community for working closely with us to curate this exhibition that unveils the heritage, culture, arts and personal stories of a strong and resilient community. In times of great need and change, a community’s shared heritage is key, as it acts as an anchor and provides points of reflection. We hope their stories inspire our visitors as much as they inspired us to co-create this special exhibition that presents many artefacts, photographs, stories, films and special programmes that are lined up for all.”

An exhibition co-created with the community
Sikhs in Singapore – A Story Untold is IHC’s second community co-created exhibition, and features more than 450 artefacts – the highest number for any special exhibition at IHC to date – from over 50 local and international private collections, institutional collections of 17 Sikh organisations in Singapore, as well as Singapore’s National Collection. 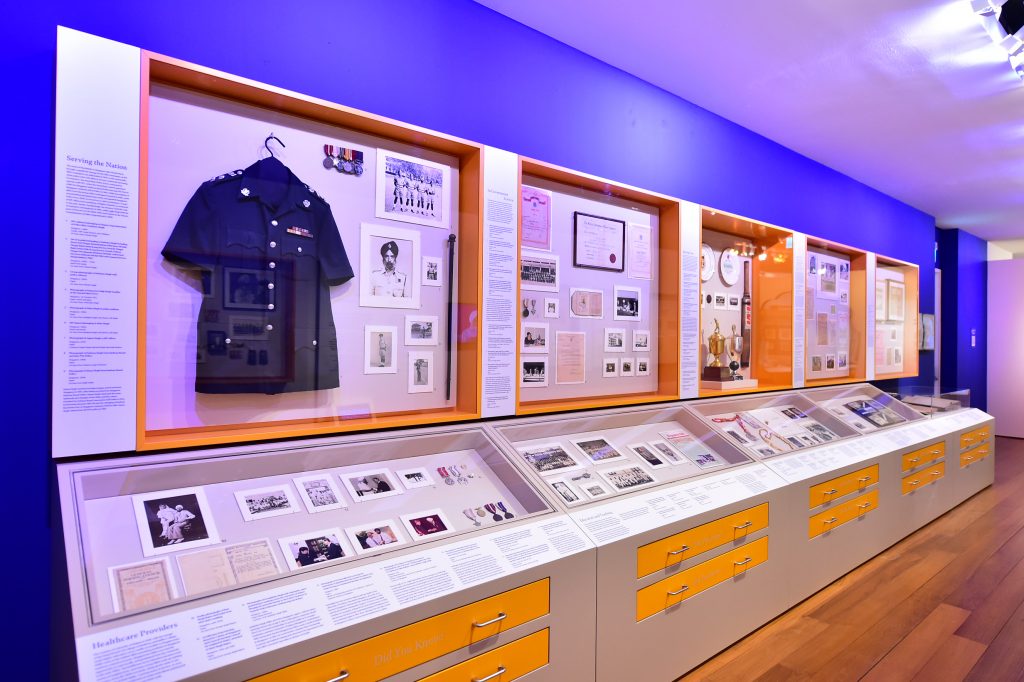 Many of the artefacts were sourced from the public during a collection drive held in June 2020, which called for stories,
photographs and artefacts from the community’s personal collections.

Beyond the community-sourced artefacts, IHC’s curatorial team also worked closely with the local Sikh community to document and express intangible aspects of their heritage. A highlight is a photographic installation Through the Lens, in which local artist-photographer Afiq Omar reimagines the Sikh identity in the context of multicultural Singapore, through a visual juxtaposition of 50 young Sikh adults against iconic Singaporean landscapes. The result is a multi-coloured tapestry of contemporary Singaporean-Sikh identity, featuring the community in the diverse roles they play in life.

Exhibition curator Malvika Agarwal explained: “Much of the Singaporean-Sikh identity – its history, beliefs and traditions – has been kept alive by being passed down through successive generations of Sikhs. As such, it was crucial that we worked closely with the community to capture the myriad facets of their rich heritage, so that everyone can gain a deeper understanding and appreciation of the Sikh identity and experience in Singapore. These contributions are a testament
to the community’s generosity and eagerness to tell their stories, and we are greatly appreciative of the insights, stories and personal items they have shared with us to make this exhibition possible.” 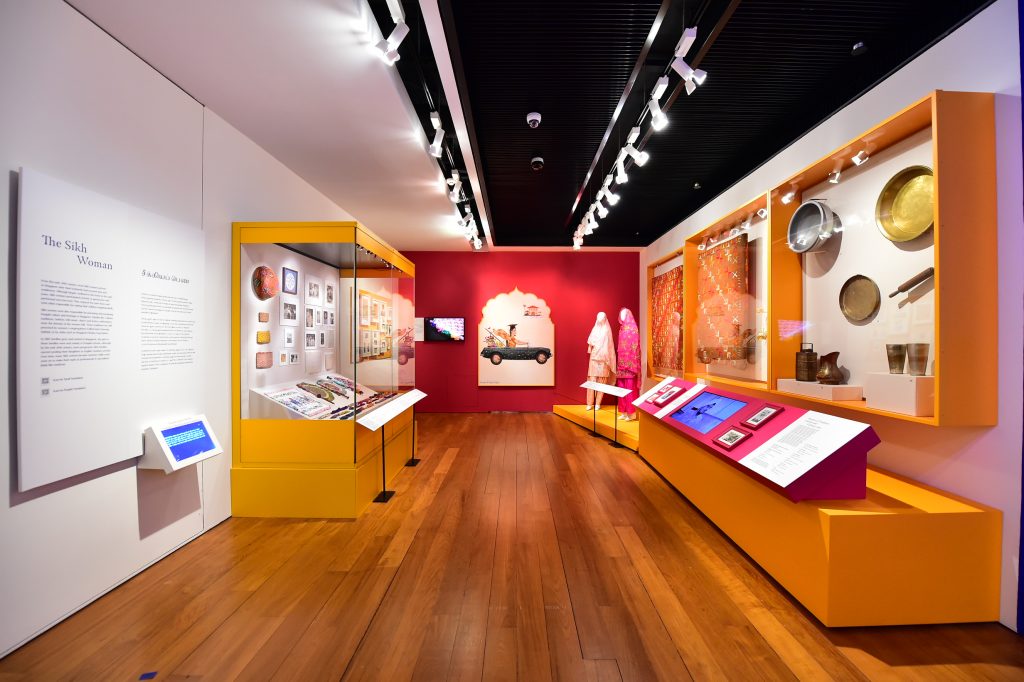 As part of IHC’s signature student guide programme, students from the Singapore Sikh Education Foundation and Nan Chiau High School were partnered and trained together virtually to give them an opportunity to work closely with their peers from a different community. Student guides from both schools will lead their schoolmates on tours of the exhibition.

Produced by award-winning local talents, filmmaker Upneet Kaur Nagpal and writer Balli Kaur Jaswal, the series highlights nuances of the unique and layered heritage of the Sikhs in Singapore pertaining to these aspects.

The first, My Name is Kaur, uses the perspectives of a senior woman who witnessed many important historical events to reiterate the key role played by women as agents of stability and family well-being. The second film, Commitment, subtly draws out the nuances of negotiating cultural tradition by younger members of the community, while the third, With Folded Hands, takes viewers on a journey of faith and belief. 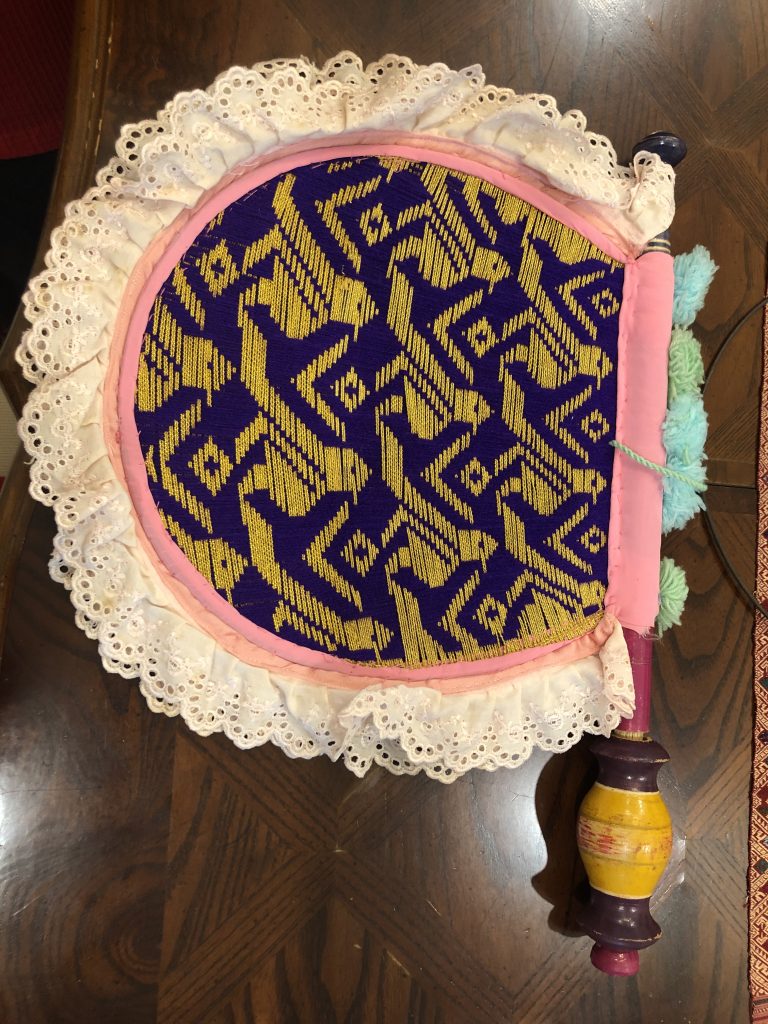 Sikhs in Singapore – A Story Untold runs from 27 March to 30 September 2021 at the Indian Heritage Centre.

For more information about the exhibition, please visit https://www.indianheritage.gov.sg/, or IHC’S Facebook page.

Five things you may not know about Singapore’s Sikh community

1. In 1879, a Sikh Contingent was formed within the Straits Settlements Police. This led to the arrival of the first men from Punjab in 1881. Recruitment was based on strict requirements – only Khalsa Sikhs, under the age of 25, with a minimum height of 1.68 metres and minimum chest measurement of 84cm were considered.

By the first quarter of the 20th century, the Sikh community here had moved beyond their roles in the military and police, and various enterprising individuals established successful businesses trading textiles, foodstuff, provisions, electronics, sports goods and sundries.

2. Sport and physical activity is an integral part of Sikh culture. Such is the scale of sporting enthusiasm in the community that tournaments for hockey, cricket and football that were established in the 1940s still continue today. One example is  the Gurdwara Cup, an inter-state league of multi-sport teams from Malaysia and Singapore, which ran its 68th edition in 2020.

3. Sikhs in Singapore originate from the Northwestern parts of India, rather than Bengal as is often thought. Sikhs in Singapore have often been called Bengali, perhaps due to the fact that many Sikhs arrived via the port of Calcutta in the state of Bengal. However, culturally and geographically, the Sikhs have no roots in Bengal, and instead trace their roots to the Punjab region.

“Punjab” literally means Five Waters and refers to the five major rivers that flow through the land.

4. When it comes to faith, Sikhs may be referred to by different terms, based on where they are in their personal spiritual journeys. For instance, Amritdhari or Khalsa Sikhs, who have undertaken the Amrit Sanchar ceremony, are committed to strictly maintaining the articles of faith, known as the five “k”s – kesh (unshorn hair), kada (bangle), kanga (comb), kachha (shorts) and kirpan (steel dagger).

5. Sikhism or Sikhi is the fifth largest organised religion, and one of the youngest religions in the world. The word Sikh could be derived from the Pali word sikkha or from the Sanskrit word shishya, meaning disciple. Sikhs consider themselves disciples of the ten Gurus, or spiritual guides of the faith. They revere the holy book Sri Guru  Granth Sahib as the final, eternal living Guru.

The Rooster: A gem on a tiny Greek island
Senior Minister launches exhbition on Singapore’s Sikh community
To Top