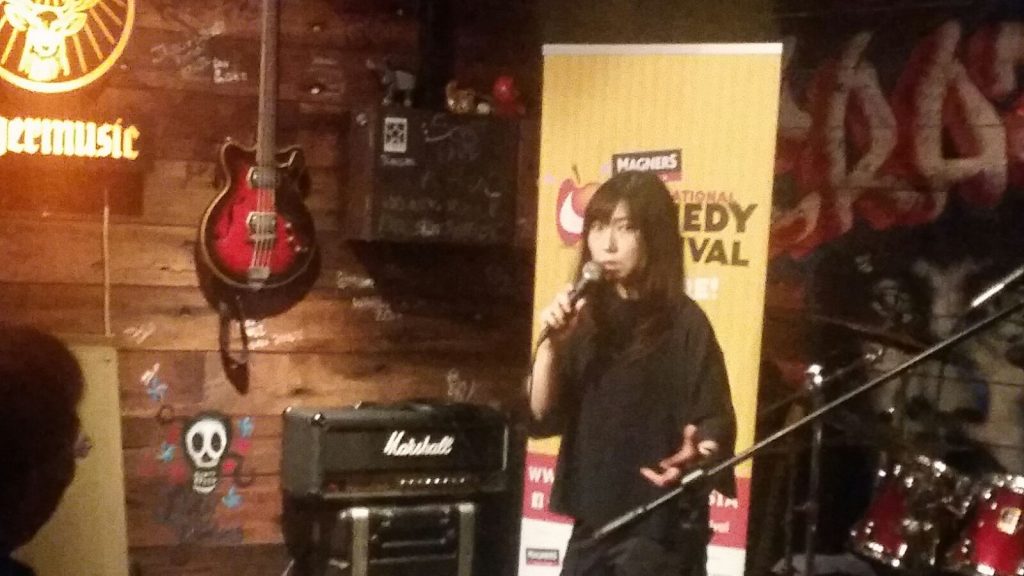 From dark humour to silly jokes, the Magners International Comedy Festival, held as part of the Singapore Festival of Fun from March 8 to 11 at different bars and restaurants in Clarke Quay, had it all.

Doug Stanhope (bottom photo), the cynical American, was the big draw, making caustic comments and sarcastic remarks to ringing applause. Then on show were the experienced Irish pair Aidan Killian and Martin Mor and the Scot Scott Mitchell who knew how to keep the audiences engrossed and light with the right mix of British and Singapore satire.

Also out to impress were the Japanese Yuriko Kotani (above) and American Daniel McGrath who tried their best to be charming and witty. But the big surprise was the Singaporean duo Jocelyn Chia and Samuel See who were brave and made their presence felt with their amusing observations and skilful improvisations.

No doubt the crowds were predominantly British, American and Australian. The first day, when Jocelyn and Samuel were in action, drew a sizeable local presence. It was also a packed house at the Singapore versus Malaysia challenge on the second day. There were a few Japanese too, mainly to support Yuriko. One even gave her a plastic sunflower after her performance at Crazy Elephant.

Doug was apparently unhappy that he had to fly in from Hong Kong on Scoot “business class” and was put up at the “noisy” W Hotel at Sentosa Cove. Nevertheless, he was in fine form on March 10 as he raved and raged before a full house (600 people) at Shanghai Dolly.

It was dark humour at its best. There was little confrontational about his 90-minute rant. But it was full of his trademark caustic social commentary, outlandish first-person narratives and morbid accounts of perversion. All the time interspersed with swear words.

The scenes were set mostly in America which went well with the largely Western gathering. The only time he went international was when he made a point that “Indians can only gang-rape since as individuals they do not have the strength to do the act”. Otherwise it was all about him, his family, his friends, blacks and the American society.

Doug was always on the edge of implosion but he did not piss off the audience. Maybe he was asked to rein himself considering that he was performing in Singapore where brutal honesty and rude comments are often not welcomed. It was nothing like his cynical sets, which are socially charged and highly controversial, elsewhere.

Jocelyn was a whiff of fresh air. The New York-based stand-up is a Singaporean and was once a lawyer. She belted out her lines with confidence and was bold when it came to talking about sex and its connected acts. Obviously, it was all well-rehearsed as she did not miss a step or bat an eyelid. 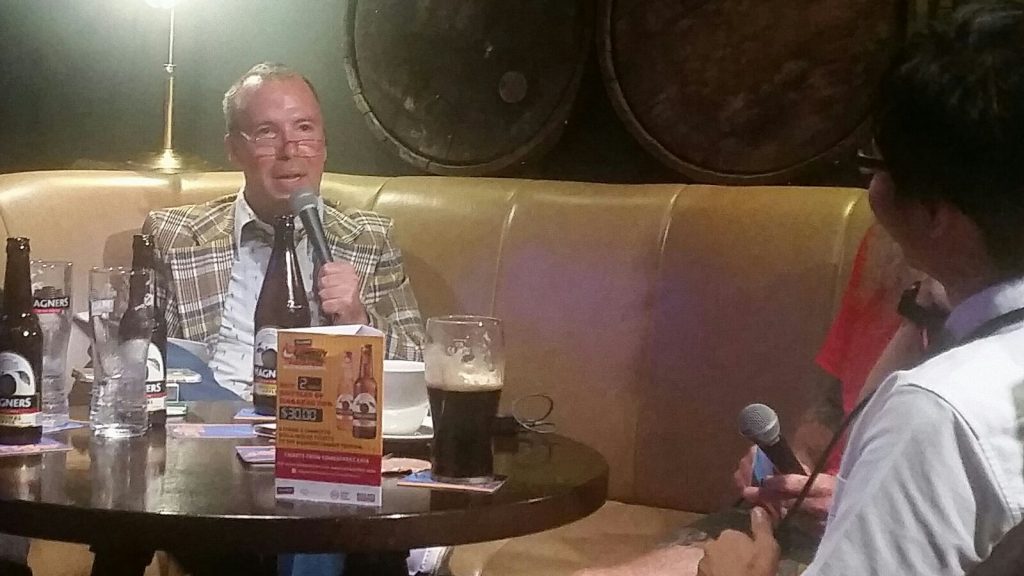 But, importantly, she carried herself with poise and made a mark with her sarcasm directed at the Singaporean way of living and her experiences in the United States and with white men. Also, significantly, she revealed a sense of humour, which Chinese Singaporean girls normally do not have.

Yuriko came with an impressive CV – winner of the BBC newcomer in comedy award in 2016 and the Brighton Comedy Festival Squawker Award in 2015. But the Japanese, who has been living in Britain for the past five years, was a big let-down. She yet does not have a good grasp of English and her attempts at humour in the langauge were feeble to say the least.

Comparing the Japanese and English and making fun of them is her forte. But it becomes stale  and forced when she has a limited repertoire. She was quite lost when she went off the script and talk impromptu. It will take much more sharpening of her wit before Yuriko can stand out in the competitive, male-dominated comedy scene.