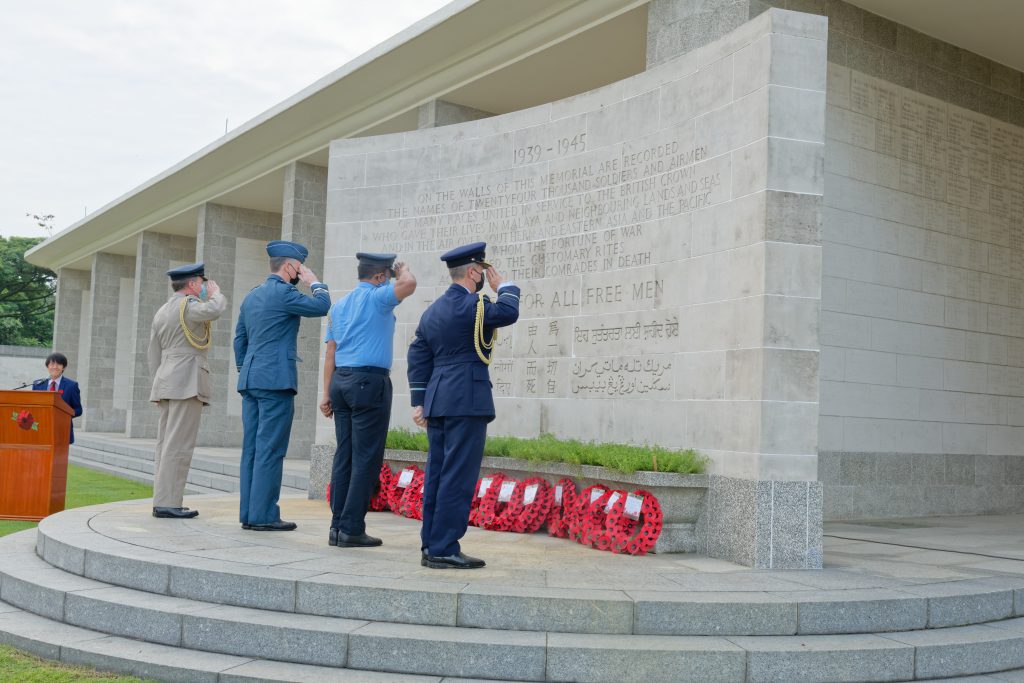 A Commemoration Ceremony was organised at Kranji War Cemetery on 15 February 2022 to mark the 80th Anniversary of the Fall of Singapore.

The Ceremony, which started at 7.30am and lasted around 50 minutes, was organised by the Singapore-led Commemoration Committee.

Exactly 80 years ago, on 15 February 1942, Lieutenant-General Arthur Ernest Percival, General Officer Commanding of Malaya Command, the Allied army which defended Malaya and Singapore during World War II, made the decision to surrender to the Japanese 25th Army at the Battlebox in Fort Canning Hill.

The surrender that took place at the Ford Factory in Bukit Timah came after 70 days of ferocious fighting in Malaya and Singapore.

It heralded the start of three and a half years of military occupation.

A Symbol of Reconciliation for the Region

The Ceremony paid tribute to the thousands of men and women from many nations who fought and died in the defence of Malaya and Singapore. It also recognised the suffering and sacrifice made by civilians of all combatant nations involved in the Pacific War. The event was the fourth time since 2015 that representatives of former combatant nations – Singapore, Allied nations in the Commonwealth and Japan – collaborated to organise a Commemoration Ceremony in the spirit of reconciliation and healing.

Their collaboration acknowledges that all nations have suffered in World War II and that after 80 years former combatants are moving into the future as friends and firm partners in peace. 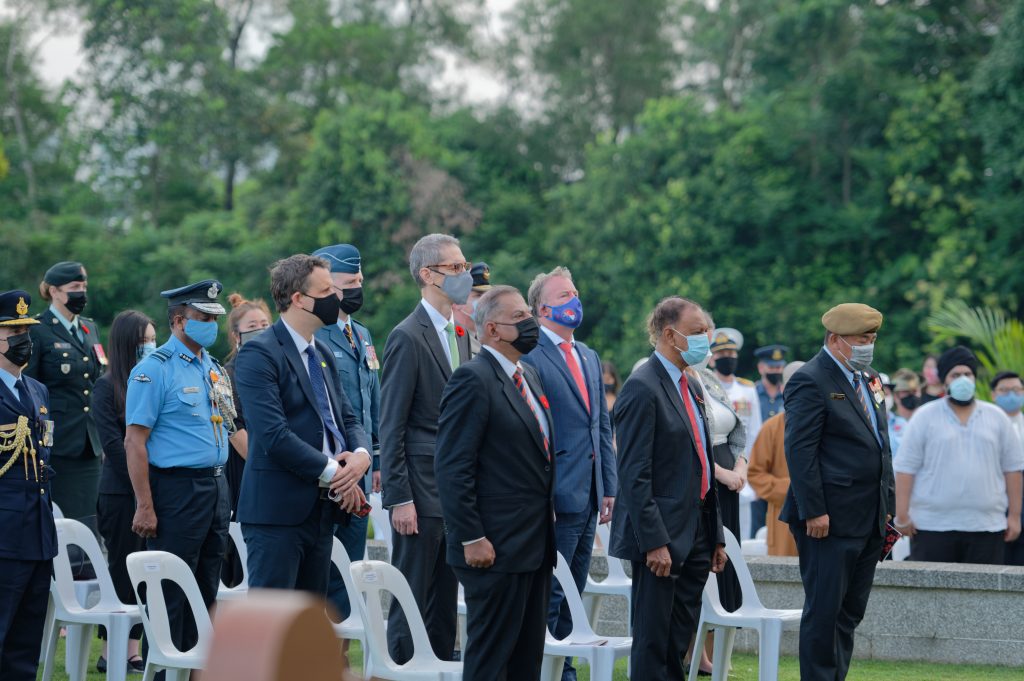 The Commemoration Committee is an example of how war anniversaries and remembrance ceremonies can play a positive role in enhancing peace and friendship rather than being a source of division.

Said Mr Jeya Ayadurai, Chairman of the Committee: “Here in Southeast Asia, we reflect hope and peace for the future. We show that it is possible for former combatants of the Pacific War to come together to commemorate – that while we do not ignore the past, we are not mired in it.” 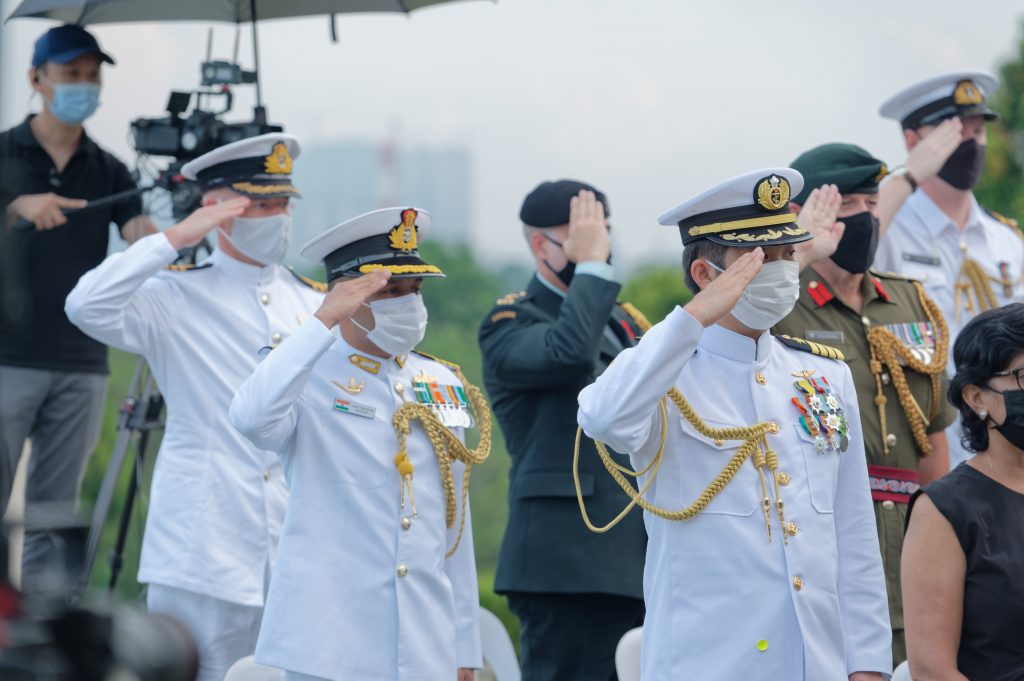 The Guest of Honour was Mr Dileep Nair, a former diplomat with over 40 years of experience in public service, international diplomacy, financial services and corporate leadership. 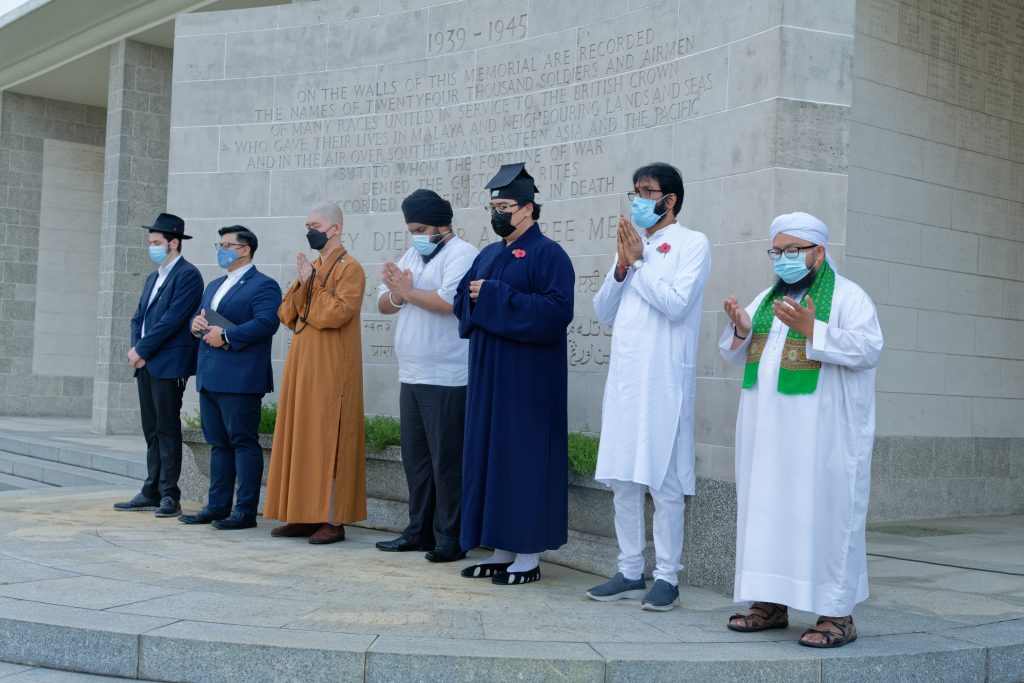 Members of the Japanese community laid tsuru or paper cranes alongside the wreaths. These tsuru were hand-crafted by students of The Japanese School Singapore to reflect the universal wish to heal the wounds of war and continue on the road of reconciliation. Laying tsuru was also carried out by the Japanese community during Commemoration Ceremonies to mark the end of the Pacific War in September 2015 and 2020 and the Fall of Singapore in February 2017.

Other highlights:
– Readings of poems for reflection on war and peace, including a poem written by a former Singaporean military officer
– Silent prayers by religious leaders 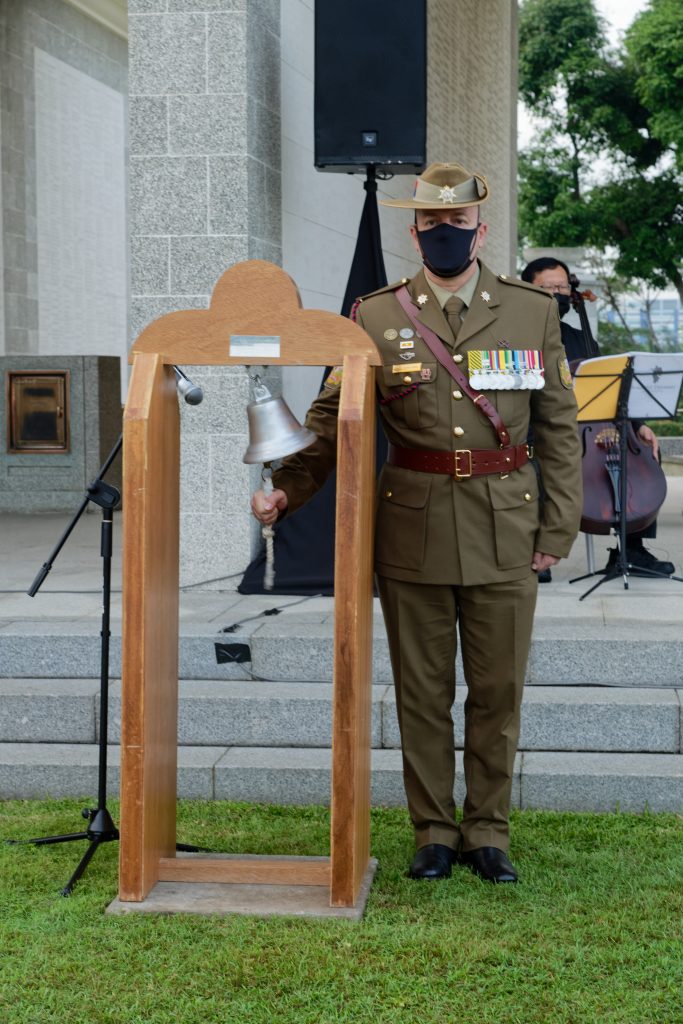 In compliance with Covid-19 restrictions, physical participation in the Ceremony was by only invitation; attendance at the Cemetery was around 120.

The proceedings were also livestreamed on Facebook at https://fb.watch/baZkCBXkH3/ to reach a global audience.