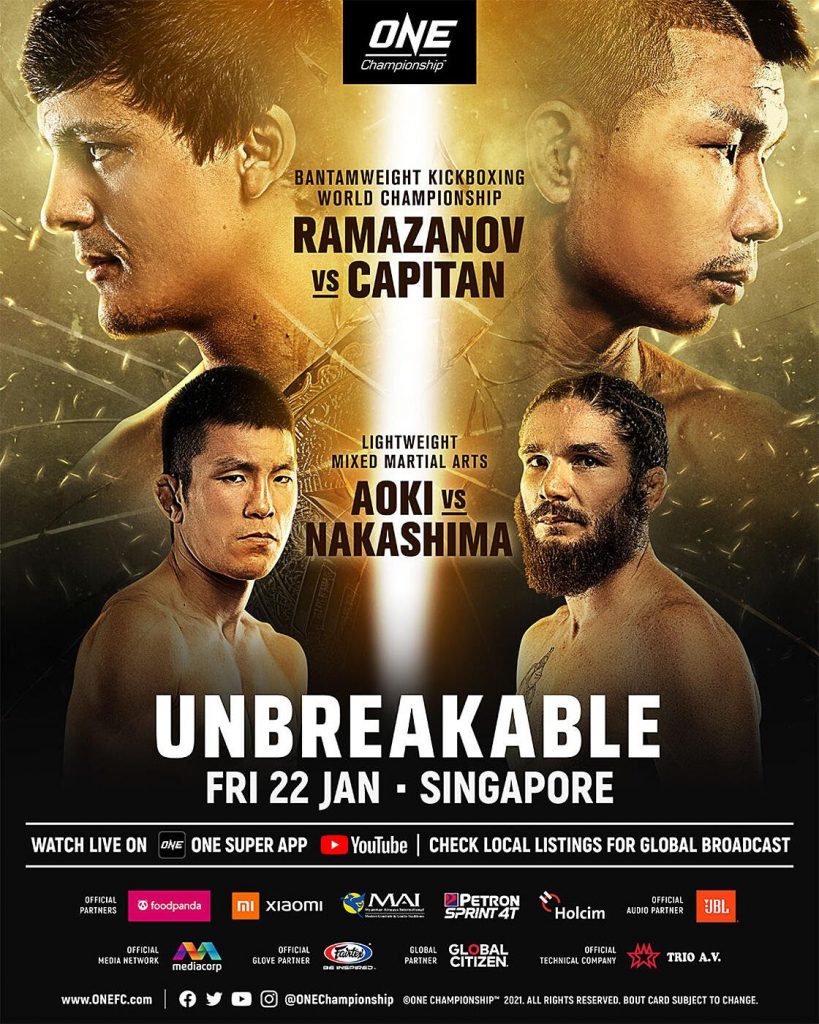 ONE Championship™ (ONE), the largest global sports media property in Asian history, will broadcast its first event of 2021, ONE: UNBREAKABLE, live on January 22 (Friday), from the Singapore Indoor Stadium.

This event continues ONE Championship’s partnership with the Singapore government to pilot the return of live international sports productions.

The promotion will offer 250 special in-person “Superfan” ticket packages priced at S$148 each, which come with premium, socially-distanced seating and select ONE merchandise. The tickets can be purchased at Ticketmaster.sg.

The card will feature the following bouts:

A heavyweight clash goes down in ONE Super Series when hard-hitters Rade Opacic of Serbia and Patrick “Big Swiss” Schmid of Switzerland collide in a kickboxing bout.

China’s “Wolf of the Grasslands” Hexigetu looks to build on his three-bout winning streak against Filipino star Lito “Thunder Kid” Adiwang from the famed Team Lakay.

ONE: UNBREAKABLE III is headlined by former two-sport ONE World Champion and current #5-ranked atomweight contender Stamp Fairtex of Thailand, who continues her quest for a mixed martial arts World Title against promotional newcomer Alyona Rassohyna of Ukraine.

Kryklia, Nong-O Gaiyanghadao retain ONE World titles
ONE: FISTS OF FURY MMA fights on February 26 in Singapore
To Top