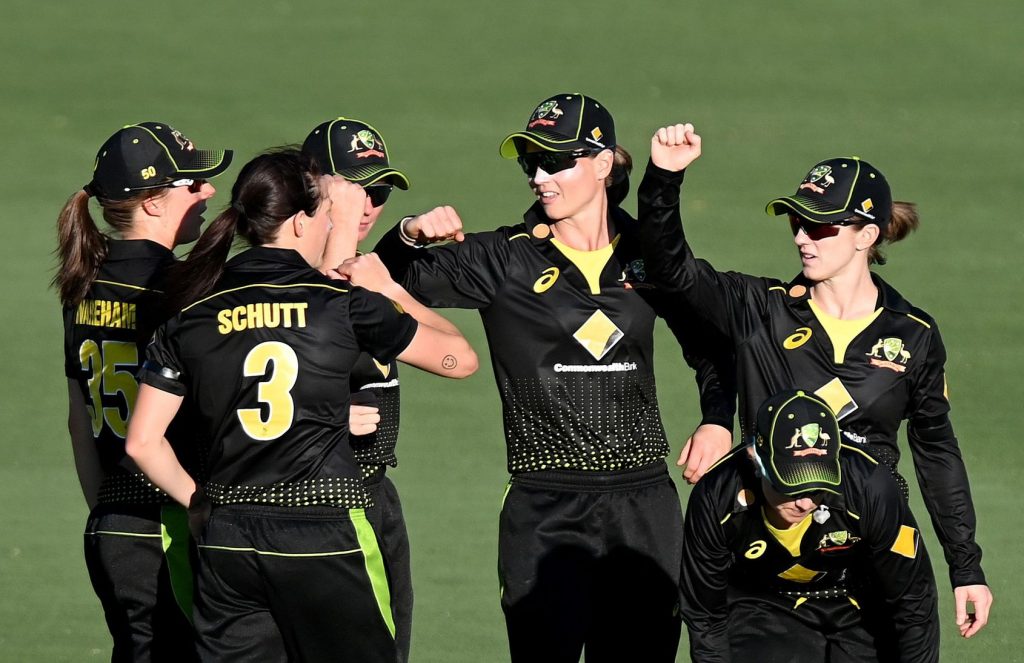 Australia have retained top positions in the MRF Tyres ICC Women’s Team Rankings for both ODIs and T20Is while India have overtaken New Zealand to grab third position in the T20I table, after the annual rankings update carried out on Friday.

In other noteworthy changes in the latest update, which expunges results from the 2016-17 season, weights the 2017-18 and 2018-19 seasons at 50% and the 2019-20 matches at 100%, South Africa have overtaken New Zealand to fourth place and Bangladesh have leapfrogged Sri Lanka to eighth in the ODI table.

Record lead for Australia in ODIs: Six-time ICC Women’s Cricket World Cup champions and winners of both editions of the ICC Women’s Championship, Australia’s stellar display during the rating period saw them win 20 of 21 ODIs, increasing their tally by eight points to 160.

Their massive lead of 39 points over second-placed India is the largest by any team (men or women) in any form of the game. It comes on the back of 3-0 series wins over India, Pakistan, New Zealand, England, West Indies, Sri Lanka and an earlier 2-1 win over England at the start of the ICC Women’s Championship, only a few months after England had won the ICC Women’s Cricket World Cup in 2017.

India’s gain only change in top 15 of T20Is list: The women’s T20I rankings table sees Australia and England retain the top two positions, their points tally remaining 291 and 280, respectively. India, who made the final of this year’s ICC Women’s T20 World Cup, have overtaken New Zealand, in what is the only change in the top 15 of the 56-team list.

The biggest improvement in rankings has been registered by Brazil, who are up 11 places to 27th, after a gain of 15 rating points, while the biggest ranking fall has been for Malaysia, who are down from 31st to 38th. Samoa (up two places to 16th), Indonesia (up two places to 20th) and the United States of America (up four places to 31st) are among other teams to have made notable progress.

Three teams have lost their place on the rankings table. Denmark and Belgium have not played any matches since October 2017 while Qatar have played fewer than the required six during the period.