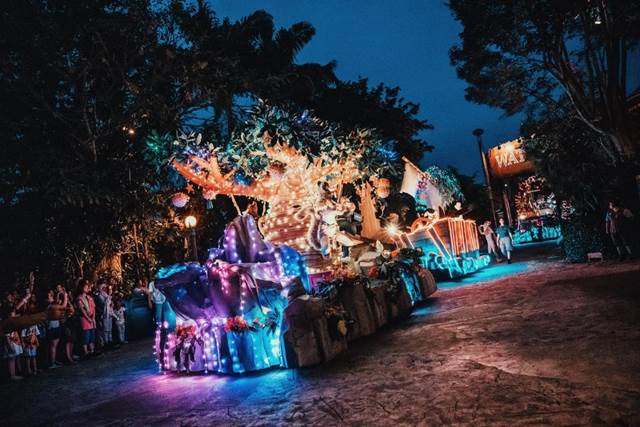 SINGAPORE, 11 February 2019: Guests to Universal Studios Singapore can now experience more
thrills and fun after the sun goes down as the theme park debuts its all-new Universal After Hours
programme.

On selected nights, soak in the cool line-up of activities, including the first Hollywood Dreams Light-Up Parade, entertaining local bands, delicious food from pop-up stalls and more! In addition, guests can continue to enjoy the adrenaline-filled rides under the stars and end the night with a brilliant fireworks display.

Headlining Universal After Hours is the evening incarnation of the Hollywood Dreams Parade as it transforms into the Hollywood Dreams Light-Up Parade. Guests can catch some of their favourite movies in this dazzling spectacle which will showcase a procession of 12 brilliantly-illuminated floats, along with a cast of more than 100 characters and performers – all decked out in neon lights and LED magic. 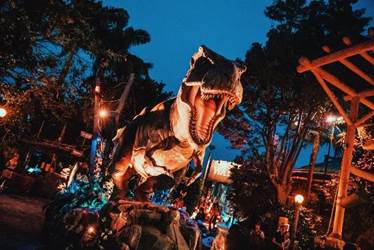 Groove along with characters from Madagascar, embark on an epic chase with Jurassic Park rangers, and be awed as Egyptian gods and mummies from Revenge of the Mummy come alive on the streets.

The parade begins at 7.30pm* and winds through various zones in the park.

Guests can catch live music from some of Singapore’s top bands and enjoy the latest street
entertainment as part of Universal After Hours. Dance and sing along to the toe-tapping tunes of the all-new Rhythm Truck with live percussion, vocal looping and infectious crowd interaction. 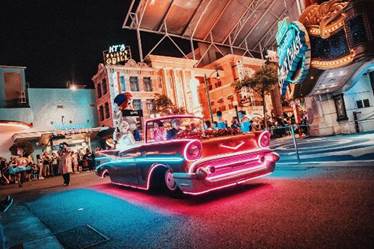 Universal After Hours invites guests to end the night at Hollywood Lagoon where an extravagant fireworks display will burst into the night sky, perfectly synced to a dramatic musical score.

The spectacle takes place at 10pm on Saturdays and selected Friday nights.

Those who wish to tickle their taste buds can visit the specially curated pop-up food stalls along the
streets of New York, hawking a fusion of delicious food from Singapore Chili Crab Buns to Cheesy Toasts – perfect snacks for dining al fresco under the starry night at the theme park.

Guests can also take home a spark of light from Universal After Hours from a range of glowing accessories, glow-in- the-dark face paint and more.

During Universal After Hours, operating hours at the theme park will be extended until 10pm on
Fridays, Saturdays and selected public holidays.

Universal After Hours activities are included with admission to the theme park or Annual/Season Pass.

*All parade, fireworks display and other show timings are weather permitting and subject to changes.
**Includes S$16 meal vouchers